NASA and the Digital Twin

Written by Christian DeHaemer
Posted May 4, 2021

NASA recently flew a helicopter on Mars for the fourth time, which finishes the testing stage and sets up the work stage for the Mars aircraft.

It is called the Ingenuity and its flight has been compared with the Wright Brothers' first flight to Kitty Hawk, North Carolina, in 1903. After all, it is setting a lot of records. Its most recent flight flew at 16 feet for over 300 yards and took 60 pictures.

Ingenuity is a twin-rotor, 4-pound, solar-powered aircraft that operates in an atmosphere that is just 1% as dense as that on Earth. In order to fly on the Red Planet, engineers equipped Ingenuity with rotor blades that are larger and spin far more rapidly than would be needed on Earth.

Look at this bad boy go. 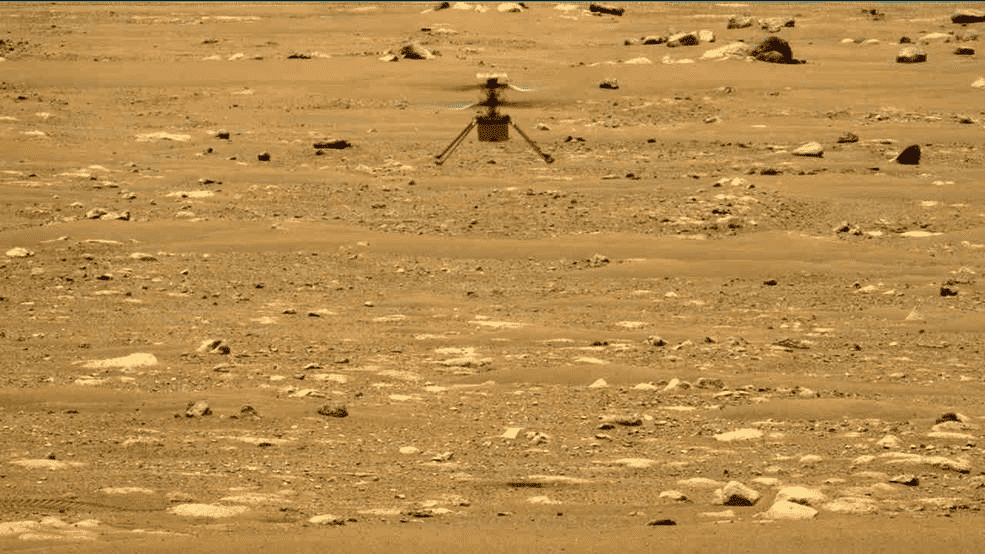 How did the rocket scientists at NASA know how to build a helicopter that would fly on Mars? They first built a digital twin.

Engineers use digital twins to create — on a computer — a dynamic 3D object or system that can later be created in the physical world. But it is much more than that.

You''ll also get our free report, The Top 6 Ways To Invest In The NewSpace Race by our resident expert Christian DeHaemer.

Ben Hicks, professor of Mechanical Engineering at the University of Bristol, defines digital twins as:

A digital twin is an appropriately synchronized body of useful information (structure, function, and behavior) of a physical entity in virtual space, with flows of information that enable convergence between the physical and virtual states.

NASA first created a virtual Mars and a virtual helicopter with all the inputs and environments required. It tested, changed, and adapted using virtual systems because by the time NASA got to Mars, it would be too late to make modifications.

In fact, the digital twin market is booming. It is used in the aerospace and defense, automotive and transportation, and healthcare sectors, among others.

That’s big growth. And as an investor, you want to be a part of it.

Over at Bull and Bust Report, we’ve found one company that is building the hardware needed to interact with digital twins. It is up 385% as I write this, and there are two more stocks that we think could run due to widespread adoption and the high growth of this new field.

We invite you to profit with us. Click here now to learn how.