Market Is Heading Higher: Here's Why

Despite Trump's tweet blowing up the market today, the economy is doing better than Wall Street has expected. And it's only going to get better over the next six months.

Unemployment is at 50-year lows, and finally the working man is getting wage increases. The average household balance sheet is better than it has been in years, if not decades. The Christmas shopping season should do very well.

Recently, the Commerce Department said that household spending picked up in October, and orders for long-lasting factory goods rose. Furthermore, GDP was revised higher to 2.1% from 1.9%.

The Cleveland Fed said, “Retailers were optimistic about sales in the coming months, looking forward to a boost from the holiday shopping season.”

Got Some Change in My Pocket... 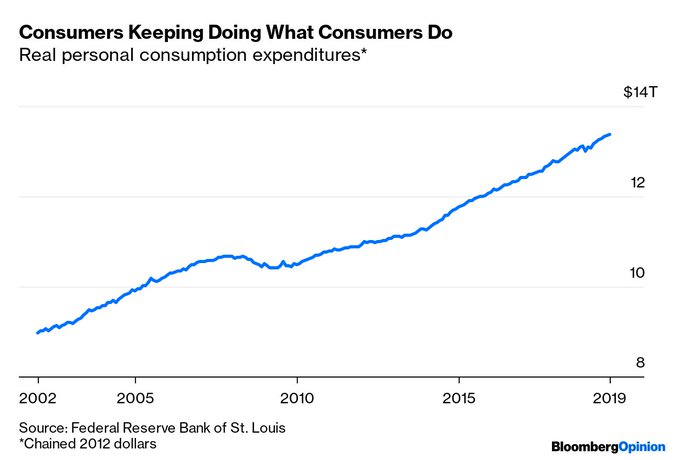 Retail earnings have been mixed. Those companies with strong internet presence have done well — Target, Amazon, Walmart, Best Buy, and TJX. Those who rely on brick and mortar, like Kohl’s, Macy’s, and J.C. Penney, have done poorly.

Of course, the Fed has also cut rates three times and is injecting $60 billion a month into the repo market. It said it will do so until the second quarter of 2020. “Don’t fight the Fed” is a market saying for a reason.

With that much tailwind, this market is heading higher over the medium term.

Furthermore, the manufacturing slump caused by a rerouting of supply lines as well as uncertainty due to trade wars has worked itself out. Inventories are rebuilding.

According to IHS Markit, the factory sector Purchasing Managers Index jumped from a reading of 51.3 for October to 52.6 in November.

From the press release:

The rise was led by higher readings for subindices tracking production and new orders, helped by stronger demand from both domestic and foreign clients.

IHS Markit chief business economist, Chris Williamson, said that new orders and production were now rising at their quickest pace since January, alongside rising exports and with firms rebuilding inventories.

Furthermore, low interest rates have pushed new housing permits to a 12-year high. The household balance sheet is better than it has been in years. 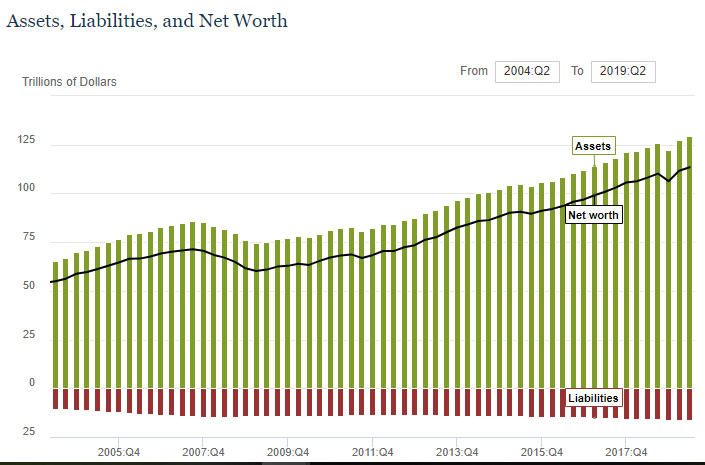 All of this means the market is going up until the Federal Reserve stops pumping money into the market.

That said, in the late stages of a bull market, the equity markets do very well. This prediction could turn out to be modest.

The way to play it is to buy the dominant trends. These are fintech and 5G.