The two most important days in your life are the day you are born and the day you find out why.

The sixth of seven children, he was born into poverty and baptized by the muddy brown waters of the Mississippi River in Missouri. 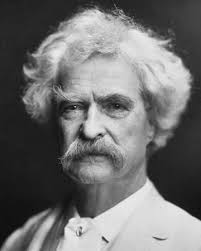 Dropping out of school in the fifth grade, he worked as a typesetter, then as a river boat pilot, then a gold miner, journalist, lecturer, inventor, and publisher, before finally becoming the most celebrated author in American history.

Yet there's one thing Mark Twain was not: a good investor.

By the time Samuel Clemens was 45, he had become quite wealthy. Through his writing and lectures, Clemens had amassed a fortune of over $10 million, inflation-adjusted.

But over the next 15 years, he would lose all of his money in highly speculative and failed investment ventures.

Today we would consider Clemens a tech VC. He invested a lot of money into all sorts of mechanical contraptions and newly invented technologies of his time, including the Paige Compositor, a mechanical typesetter designed to replace the human worker. 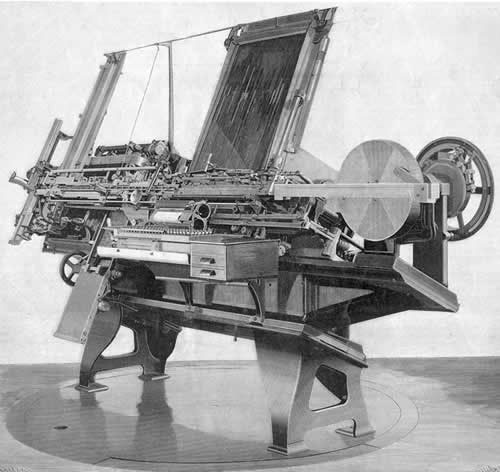 This thing was basically advanced robotics of its day. Clemens put over $7 million (inflation-adjusted) into the development of the Paige Compositor between 1880 and 1894.

But the following year saw the invention of a competing technology, which rendered the Paige Compositor obsolete.

Clemens also invested in other new and speculative technologies of the time: a steam generator, an engraving process, a magnetic telegraph, a steam pulley — but they all lost him money.

As a result, Clemens lost the majority of his fortune as well as the inheritance of his wife, who was the heiress to a wealthy coal miner, forcing him to declare bankruptcy. But investing in speculative technologies wasn't really his biggest financial folly.

In 1877, Clemens was approached by a young man holding a strange new device. The man said he was looking for investors.

Clemens listened patiently but explained he had already been burned once too often by various widgets and doodads. Clemens wrote of the account:

As the man walked way, Clemens allegedly called out and asked for his name again.

The young man turned to look back at Clemens and said, “Bell, Alexander Graham.”

So what did Clemens do with his money instead?

He writes that the “next day lent five thousand of it on an unendorsed note to my friend who was going to go bankrupt three days later.”

Ironically, Samuel Clemens would go on to be one of the first private citizens in the world to own a telephone.

The young man couldn't sell me any stock but he sold a few hatfuls of it to an old dry-goods clerk in Hartford for five thousand dollars. That was that clerk's whole fortune. He had been half a lifetime saving it. It is strange how foolish people can be and what ruinous risks they can take when they want to get rich in a hurry...

We sailed for Europe on the 10th of April, 1878. We were gone fourteen months and when we got back one of the first things we saw was that clerk driving around in a sumptuous barouche with liveried servants all over it – and his telephone stock was emptying greenbacks into his premises at such a rate that he had to handle them with a shovel.

If there are lessons to be found for investors here, they're this: First, don't loan money to friends who are going bankrupt with the expectation of getting paid back. That's pretty much a given.

And of course, there's much to be said about opportunity costs in Twain's telephone tale.

But I think another lesson here is that investors are sometimes going to miss big opportunities in speculative markets.

It's going to happen to every investor. And we will regret it later. But it's something we should just accept: We can't (or really don't want to) take part in every opportunity.

So it's important to take part in the right opportunities.

In short, investors need to be selective with risks. Consider investing like driving...

Whenever you're driving, you're naturally taking a risk. But sometimes (probably often) you take selective risks to get you to where you're going faster or just out of convenience: You speed a little, roll through stop signs, don't use your blinker, etc. But you probably don't do any of this all the time.

You take selected risks when driving. You could take wild risks. You could drive 100 mph on the highway. And you could probably run through most red lights without much of a problem. That would potentially get you to your destination much faster. But you're probably not going to do anything like that because the risk of wrecking the car is too high.

Of course, there are no free lunches. And all investment involves risk. But you don't have to take wild risks.

Be smart with the money you risk. You worked hard for it.