Public companies that make their money from developing markets have had two good runs in my investing lifetime. From 2001 until 2008 — that is, from the dot-com crash to the housing bubble — they were on fire. Entire indexes were up 600%–700%.

Then, after the 2009 crash when China started buying up the world’s commodities, we had the “supercycle” bubble. If you remember, oil ran to $144 a barrel, junior gold miners jumped 3,000%, and uranium stocks went up 1,000%. 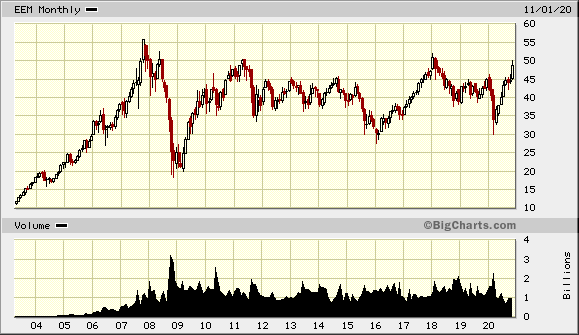 As you can see, we’ve been consolidating in a rising wedge pattern for about 15 years.

Here is the emerging-market chart on a longer-term log scale, courtesy of Global Macro Investor. 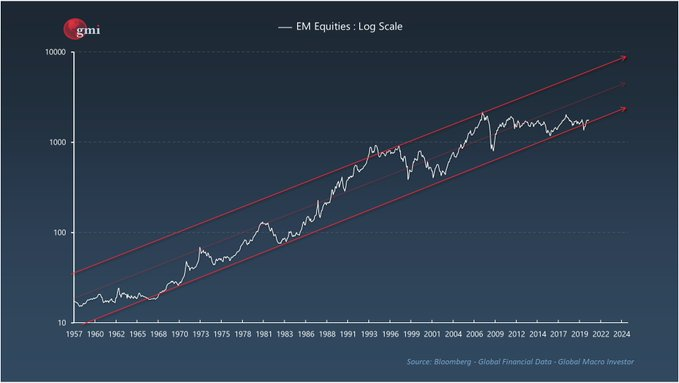 This shows your trend lines. As you can see, we are due for a big bounce higher from the bottom trend line. The consolidation from 2004–2020 is known as a coiled spring. Once the share price breaks out to new highs, these patterns tend to go up as much as they've gone sideways.

You’ll see a similar consolidation pattern from 1957–1968 before the breakout in 1969 and the big move higher until 1981. That same period (the 1970s) produced poor performance in U.S.-based stocks.

Here is a chart showing the relative value of the S&P 500 versus emerging markets. 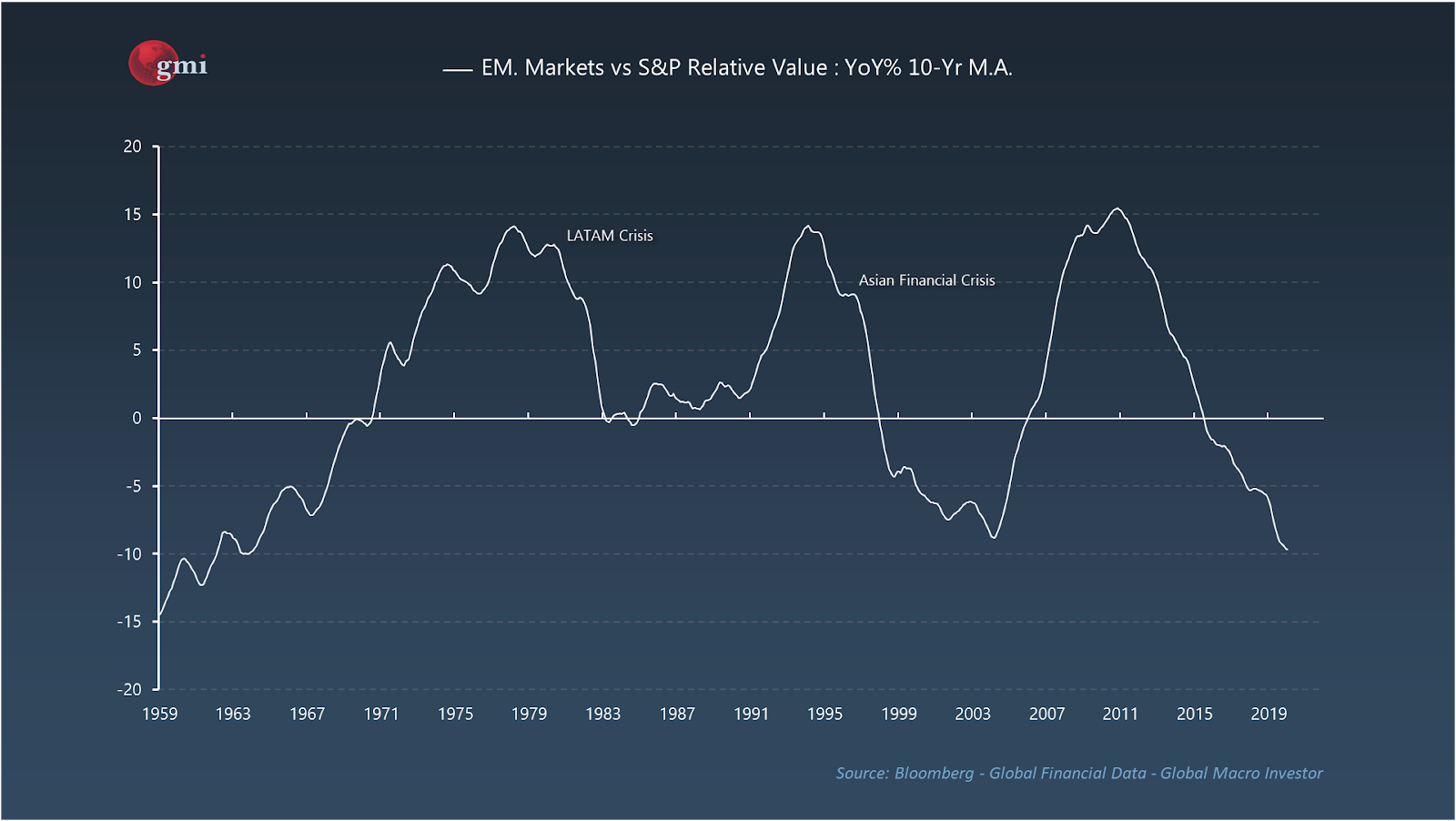 Emerging-market stocks are cheaper now than at any other time going back to the mid-1960s.

You Could Buy the ETFs

Vanguard has the best expense ratio of the three. IEMG has the highest dividend at 3.07%, but the other two are similar.

The problem with these ETFs is that they have 40%–50% exposure to China and another hefty chunk to South Korea and Taiwan.

If you dig out singular stocks, you could do a lot better.

Last week I recommended the "Verizon of Africa" in my trading service Launchpad Trader. It pays an 8.32% dividend yield, has a price-to-earnings of 7.5, and grew those earnings at over 165% last year.

Did you know that 7 of the 10 fastest-growing economies are in Africa and that the average age of the population is 19? According to the IMF, there will be a 6% GDP increase across the African continent this year.

The future is hard to predict and no one knows how well this stock will do. That said, it is always a good idea to put your money in front of value and growth. I bet over the next three years it will perform better than Tesla (NASDAQ: TSLA), which has a P/E of 1,110 and trades at 35 times book value with the bad margins of a retail company (1.97%).

I’m calling it now. Mark December 1, 2020, on your calendar. It’s time to put some money in emerging markets.