Lithium Exploration Takes Off in Chile

Today, about 70% of one of the world's most important minerals is produced in just three countries: Argentina, Bolivia, and Chile.

The companies that control most of this production are Chilean SQM and American FMC Corp. and Albemarle Corp. These three companies are the powerhouses of the lithium market, and have had a strong oligopoly on lithium supply for years.

However, that may be about to change...

With the sudden boom in lithium demand, it was only a matter of time until other companies started entering the fray. 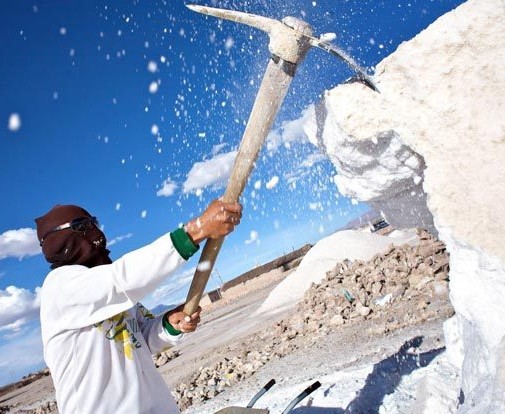 This year, Chilean Codelco will be looking to begin its own development of the country's massive lithium reserves.

Already Codelco has announced its intentions to explore two areas in the Atacama desert: Maricunga and Pedernales, both of which have “relatively small” reserves according to CEO Oscar Landerretche.

The Chilean government is making the process of exploration easier for new entrants into the lithium market. New policies will allow more exploration and development, “with clear rules.”

Some of these rules will require sustainable operations that work with or around local communities.

This kind of regulatory change comes at a perfect time for the market. Lithium demand is taking off on a number of growing technologies: electric vehicles, home energy storage, and even utility-scale energy storage projects.

Current lithium demand stands at about 95,000 tonnes annually, and is expected to more than double by 2020. Some estimates have placed that demand as high as 300,000 tonnes by then!

And anyone who can supply that demanding market is in for some big profits. The price of lithium has been increasing as well, and FMC Corp. has announced that its own prices will be increasing by 15% worldwide.

As it stands, lithium hasn't even begun to reach its full potential in value. And exploration in Chile is just the tip of the investing iceberg.

Though the first new faces digging into Chile's lithium supply are already big — Tesla Motors, the leader in EV's and Codelco, the world's largest copper supplier — there is more than enough room, and more than enough demand, for smaller companies to grab their own piece of the market.