Companies are working together to gain a supply advantage

With lithium demand ramping up, the use of new technology in lithium-rich salt flats are expanding as well.

One partnership has seen the benefit of continuing operations together, and gaining a supply advantage in the process. 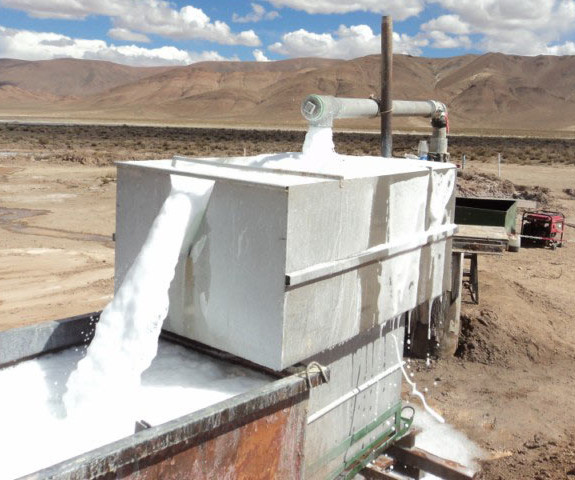 Lithium Americas Corp. (TSX: LAC) has announced plans to continue operations with South Korea's POSCO, a steel-making company. In May of this year, the two companies entered into an agreement to co-operate POSCO's lithium producing “Demo Plant” located in LAC's Cauchari project site in Argentina.

The plant's original test period ran from December 19, 2014 to late January, 2015. In that time, it achieved and even exceeded expectations, producing over 20 tonnes of lithium phosphate much more quickly than traditional salt-flat extraction methods.

Dr. Uong Chon, senior VP of POSCO and project team leader compares the traditional lithium drying method, which can take up to 18 months for full extraction, to the company's new technology which “only requires 8 hours and has recovery rates of 90%.”

That's an impressive turnaround! As of Wednesday, June 22, the two companies have extended their original 18-month partnership in order to test another production plant, this time for potassium.

The companies have tentative plans, should this new plant be as successful as the first, to bring their potassium and lithium production to commercial scale.

In light of the bursting demand for lithium in batteries, it's clear that these two companies are setting up for mutual success.

Click here to read the MarketWired article from May 4, 2015.

Click here to read the MarketWired article from July 22, 2015.