Is Trump the End for Clean Energy?

This is the end for clean energy.

With Donald Trump now coming into office next year, there’s little hope for the likes of renewable energies. Our new president-elect has already said he wants to bring the coal industry back from the dead and has denied that climate change is a major world problem.

So you can say goodbye to all of your solar, wind, water, and nuclear profits, right?

That’s a little bit too dramatic.

After all, it’s only been a few days. I think you’ll be surprised what Trump can do for the development of certain renewable energy sources once the ball gets rolling.

Forget what he said during the tumultuous campaign. All the promises in the world won’t save the coal industry.

It’s not a matter of presidential power.

The world as a whole is already changing, and there’s nothing Trump can do about it.

We’re currently halfway through the COP-22 meeting in Morocco, and the decisions being made there will ripple across the globe in the years to come.

The U.S. is only one of 197 countries currently being represented at these meetings. Just last week, we reached the point of no return when the agreement made last year came into full effect. Worldwide regulations on cutting carbon are on the way. 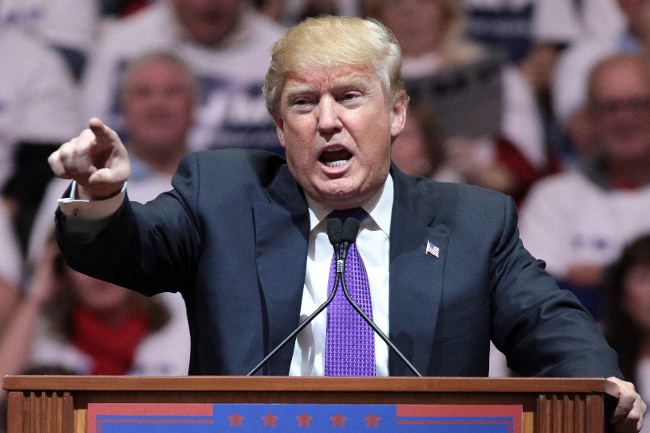 Trump has come into this game too late to change the fate of the world’s energy markets.

Clean energy has been growing steadily on its own for years. A lack of support has never stopped it before.

This was supposed to give each individual state a goal to reach in carbon reduction in the next few years, and even offered the trading of carbon credits for states that rely more on coal than others.

Granted, this is still an option since it hasn’t been shut down yet.

But has it boosted solar and wind beyond the market’s wildest dreams? Not at all.

And yet both solar and wind are still expected to grow to cover nearly a quarter of our energy needs by 2040 just within the U.S.

Keep in mind that we’re not even the largest country boosting its share of clean energy!

China is set to see the biggest growth in coming years. Some countries are producing so much that they’re selling to their neighbors.

The EIA sees coal consumption increasing by about 0.06% per year through 2040, but expects it will lose its spot as second-largest energy source by then.

The situation goes south for coal if the CPP is factored in.

Now, if renewables are growing at pace even without extra backup from the CPP, what chance does coal have to take them down with global pressure building every moment?

Earlier this week, I explained why oil is going to be one of the biggest winners of this race.

Despite Trump’s delusional claims that coal will rise again, he’s also known for supporting one of the oldest, strongest energy industries out there.

And believe it or not, crude oil’s recovery will provide a huge boost to renewable energies, too.

You see, one of the major reasons people aren’t already buying up solar panels and electric cars to replace their fossil fuel–powered appliances is that fossil fuels are still extremely cheap.

Cheap gasoline means no one feels the need to go electric. Even with the offer of net metering as an incentive, the cents-per-watt that renewables can add to a home energy bill can really add up.

So when Trump takes down the regulations on oil and gas, and prices finally start climbing again, solar and wind will continue to grow at a strong pace.

What’s more, renewed investment into the energy markets in general will put more money in the hands of renewable companies and more profits in the hands of energy investors.

So why the optimism?

And the truth here is that it honestly doesn’t matter who’s in the White House when the supply and demand dynamics are becoming more attractive for investors.

Right now it’s just a matter of whether you plan on being one of the early investors, or if you’ll be late to the party again.