How to Play Energy and Housing with One Investment

In today's edition of Energy and Capital, I'm going to show you another way to profit from the shale oil and gas boom currently taking place in the United States.

In the past, I would recommend you buy producers, wildcatters, and pipeline stocks.

Today, however, I'm recommending a REIT.

But I don't care about its name. All I care about is getting paid from IRET. And its yield is very sexy.

REITs are an essential part of your portfolio because of the consistent, steady income they pay investors.

Before I get into the details of IRET, let me explain what an REIT is...

According to my colleague, Chris DeHaemer:

REITs were established by an act of Congress in 1960 so average investors could participate in large-scale commercial real estate projects. It's one of the few things Congress got right.

To qualify as a REIT, a company must have most of its assets and income tied to real estate investment and must distribute at least 90 percent of its taxable income to shareholders annually in the form of dividends.

A company that qualifies as a REIT is permitted to deduct dividends paid to its shareholders from its corporate taxable income.

As a result, most REITs historically remit at least 100 percent of their taxable income to their shareholders and therefore owe no corporate tax.

Taxes are paid by shareholders on the dividends received and any capital gains. Most states honor this federal treatment, and also do not require REITs to pay state income tax.

Like other businesses — but unlike partnerships — a REIT cannot pass any tax losses through to its investors.

This means REITs pay high dividends to you every year.

Owning a REIT gives you the benefits of being a landlord without having to go unclog some schmuck's toilet in the middle of the night.

Investors Real Estate Trust is based out of Minot, North Dakota.

Starting to see the picture here?

Minot is located in Ward County, just one county removed from Williams County... and you may recognize Williams County as ground zero for the Bakken oil boom. It's about a two-hour drive from Minot to the city of Williston.

IRET owns properties in 12 states, mainly in the Upper Midwest.

I like IRET because it has a long history of financial stability and distribution payouts. It was founded in 1970, making it one of the oldest active REITs in the United States.

I found data going back only to 1992... but since then, IRET has never missed a distribution payment to its unitholders of the REIT.

On average, IRET seeks to acquire $100 to $200 million of conforming real estate assets each year to build its $1.7 billion portfolio of properties. 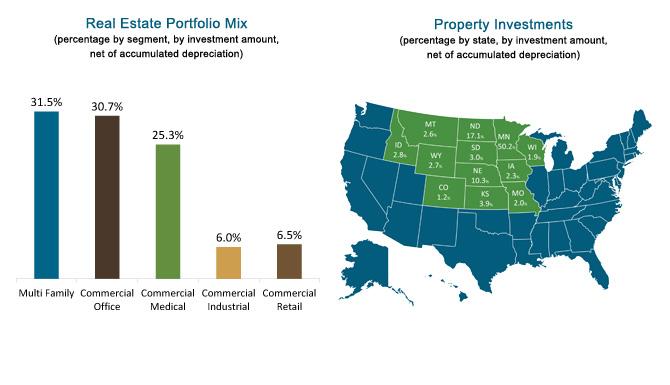 But the real juice to this play is that we're getting exposure to two booming sectors in the U.S. economy: energy and real estate.

The housing boom and infrastructure strain in the Bakken region has been well-documented in these pages, so there's no need to rehash it again... but let me restate the housing shortage problems from a year ago are still an issue.

And as wages continue to surge in North Dakota, real estate will continue to do well, too.

For example, the average per capita income in Williams County was more than $80,000 in 2011. This ranked Williams County among the richest counties in the entire nation!

For the first time in decades, North Dakota beat out neighboring Minnesota in population growth.

This new influx of people is creating a boon for real estate investors like IRET. Oil workers who came to the state a few years ago have bought up all the available housing, driving up prices. The median home price in Williams County is $349,000.

IRET's insiders have been extremely bullish.

Since July 2012, there have been 25 insider purchases — without a single insider sale! And the insider buying has continued into 2013.