How to Make Millions From the Mother of All Monopolies

This is a big one. It’s incredibly rare to see this level of market dominance within such a massive industry.

And by monopoly, I really do mean monopoly. One single company is responsible for building the absurdly complicated machines that manufacture the newest generation of computer chips.

That’s it — just one company serving arguably the most important market on the planet.

The high price moat, plus a few critical exclusivity deals, means only these five companies can make chips smaller than 5 nanometers — the kind used in every single top-tier computer or smartphone.

It’s a cutting-edge monopoly that would make Andrew Carnegie blush. But I’d guess that very few investors have even heard of the company before.

Here’s how we can make some money from the company’s stranglehold on the industry.

ASML: The One and Only

Computer chips are basically tiny road maps full of interconnected routes that shuttle electrons back and forth. Each unique design gives the chip its functionality — the more pathways, the more functions per chip. As chips get smaller and smaller, these pathways need to shrink accordingly. That’s where EUV comes in.

The machines use narrow bands of ultraviolet light to shrink the pathways down to mind-blowingly small sizes. It’s the only known method of building the chips needed for everything from game consoles to new cars. 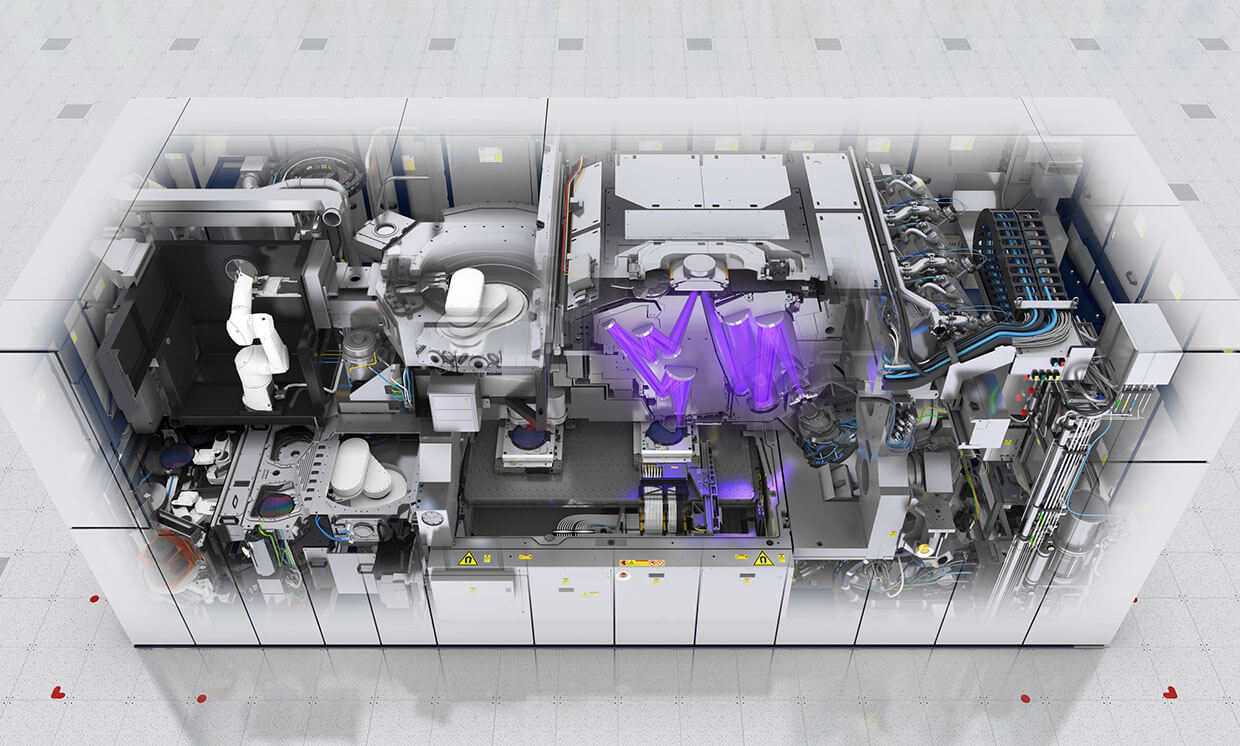 These are some of the most complicated machines ever assembled. ASML’s supply chain is an 800-company behemoth that operates in over 60 countries.

It’s no wonder other companies aren’t rushing to start up competition.

While ASML has a beautiful monopoly that other companies can only dream of, it also comes with a downside for the industry: a massive bottleneck.

ASML is quite literally the only company making EUV machines. That means the Big Five chipmakers are entirely beholden to the company’s production schedule.

Scaling up production of the sub-5-nanometer chips can’t happen overnight, even if the industry desperately needs it.

ASML itself has also found certain parts difficult to source. The EUV machines themselves require many of the chips that have been hit hardest by the ongoing shortage.

It’s yet another unseen headache that accompanies a market with such little redundancy — and it’s not getting better anytime soon.

The Mother of All Monopoly Bottlenecks We’ve discussed the pitfalls of this mini-monopoly many times before, most recently in regard to China’s potential military action in Taiwan.

It’s still not as dangerous as ASML cornering 100% of the EUV market.

It makes the market prone to disaster. A single isolated incident could send shock waves through the entire semiconductor industry.

Take what happened during COVID, for instance. TSMC was forced to slow operations due to lockdowns, sending the rest of the planet into complete disarray.

It prompted immediate action from the rest of the world. President Joe Biden in particular opened up the coffers and dedicated a huge amount of funding toward fixing America’s nonexistent semiconductor industry.

The $50 billion bill is one of the biggest domestic tech investments we’ve seen in decades. It won’t establish the U.S. as a chipmaking leader overnight, but it will pump some much-needed capital into a few small-cap companies — not just giants like Intel.

There’s much more to the story than just that. I can't include everything here, but check out this detailed investment guide to one of Biden’s biggest handouts to date.