How to Invest in the Future of Nuclear Energy

Paving the Road Ahead for Your Thorium Profits

“Uranium enrichment is a generic problem, it’s not an Iranian problem. It’s been recognized since 1946 as a dangerous technology,” says Frank von Hippel, a physicist at Princeton and longtime nuclear policy adviser for the U.S.

David Albright, another prominent nuclear physicist, believes Iran has enough uranium to enrich and produce a nuclear weapon anywhere within a few months to a year.

And although Tehran has repeatedly claimed its nuclear ambitions are peaceful, it's not hard to imagine why there are still skeptics out there.

Last November, Iran finally broke down and came to the negotiating table after sanctions cut the country's vital oil revenue by $53 billion within a two-year period.

Of course, nothing has been resolved with the most recent turn of events: After failing to reach a solution by the July 20th deadline, and with no significant progress made, the countries involved — Iran, the U.S., Britain, China, France, Russia, and Germany — decided to extend the deadline another four months.

And yet the most recent hiccup in these talks offers individual investors like us a huge window of opportunity...

Both the U.S. State Department and the talking heads in the mainstream media have said the two sides are still quibbling over Iran’s uranium enrichment capacity. The U.S. is skeptical of the 40 MW heavy water plutonium reactor near Arak.

That's not to mention the fact that there's a complete lack of trust from all parties involved.

Yet if these two sides can’t come to terms after six months of negotiations, how can they expect another four months to help?

Then again, they could be waiting for the Middle East to settle down — whether it's an end to the crisis in Iraq, the bombing in Gaza, the Syrian civil war, or even unrest in Libya — before they're comfortable with Iran's nuclear ambitions.

Let's just hope they aren't holding their breath too long.

Still, it’s not all doom and gloom in the Middle East...

Even though there is violence abound, and even though the U.S. and Iran can’t agree on terms, the fact that they delayed the negotiations instead of canceling them gives us a glimmer of hope (we're crossing our fingers that this isn't just another case of kicking the can down the road).

And even though oil prices have remained high in the absence of Iran's potential to increase crude exports, there's a much more lucrative opportunity that has sprung up thanks to these negotiations.

Consider it the United States' secret weapon that could bring an agreeable end for both sides.

Look, we both know the only reason everyone is up in arms over a nuclear Iran is the fact that it requires giving Iran the ability to enrich uranium and plutonium — and the potential to use it to make weapons.

But what if Iran didn’t need uranium?

What if there was another way to use nuclear reactors to develop the same energy without the risk of nuclear proliferation?

As some of my veteran readers know, there's another way to generate the same power (more, in fact!) using a much safer and much more abundant resource...

The resource works in a similar reactor but generates 200 times more power and cannot be developed into atomic bombs like uranium can.

The Nuclear Renaissance and How to Play It

According to the International Atomic Energy Agency, thorium is much safer in a reactor than uranium due to its higher melting point.

That's not to mention the fact that thorium is as abundant as graphite, making it much cheaper than the U-235 used in most reactors.

It costs $80 to mine one kilogram of thorium, while it costs $110 to recover the same amount uranium.

And here's the best part...

Just one ton of thorium generates the same amount of power as 200 tons of uranium.

Moreover, a bounty of thorium was recently discovered under a huge swath of territory in Idaho...

Just one vein in this area holds over 185,000 metric tons of the soon-to-be hot commodity, and there are over 200 more of these veins scattered throughout Idaho.

Take a look for yourself... 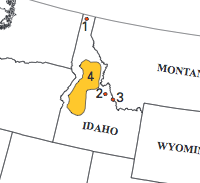 The yellow portion of the map shows acres upon acres of thorium-rich land.

And it's the kind of win-win situation that investors like us will come across once in a generation.

Even if you haven't heard of thorium up to this point, and even though the mainstream media isn't covering the massive stores of it under the soil in Idaho, you can bet companies will be aggressively developing the resource.

And despite the fact that we've been told time and again that the biggest gains have already passed, my colleague Christian DeHaemer has found an ingenious way to play these massive reserves in Idaho.

You see, while thorium is a cheap and abundant resource, the reactors that transform it into power are very complex.

And since we already have plenty of uranium-friendly reactors, there hasn’t been much of a rush to develop thorium reactor technology.

So when Chris recently discovered a company trading under $3 that has an exclusive patent on thorium reactor technology, you can bet a few jaws on Wall Street hit the floor.

Here is a picture of the technology... 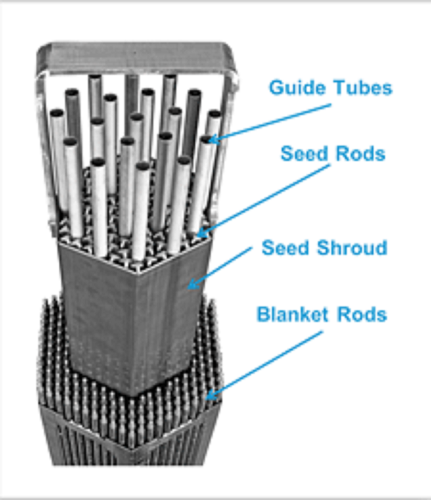 Not only have shares of this tiny thorium player doubled in the last six months, but the investment herd still has no idea it even exists.

Once they do, Chris expects the stock could net early investors $110,850, if not more.