Thirty-six others were rushed to hospitals with various injuries. 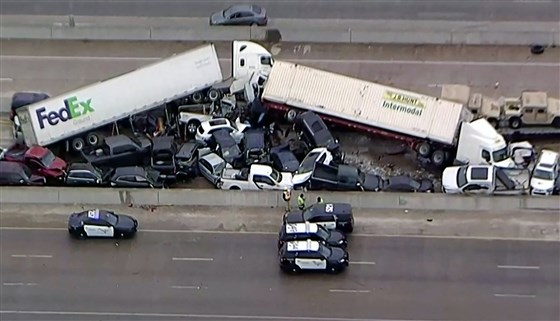 The carnage spanned over half a mile. Many folks were trapped in their vehicles and needed hydraulic rescue equipment to save them. Stranded motorists tried to make sense of it all as they sat in the cold.

Thankfully, the large majority of these accident victims will survive. Emergency teams were quick to reach the accident site and victims were not far from a host of hospitals within the Fort Worth metropolis.

Imagine if first responders were dispatched to a bad accident in a remote location...

The Situation Is Dire...

A driver loses control of their vehicle and crashes on a desolate country road. Before losing consciousness, the driver is able to call 911 and give their location to first responders. Upon arriving at the scene, emergency personnel quickly realize the situation is dire. Without immediate medical attention, the victim’s chances of survival are slim. There’s not a medevac chopper within 200 miles, so the EMTs carefully load their patient into their ambulance and drive the 45-mile stretch of desolate back roads in a race against time.

I'm far from the worrying type, but I think about this type of situation every time I exit the highway and start making my way along the last hour-long stretch of dark country roads that lead to one of my favorite ski resorts in Western Pennsylvania.

Thankfully, I've always made those drives safely, but sadly, many others suffer this fate every year in the United States.

But not for much longer.

Thanks to the convergence of new technologies like the internet of things (IoT), artificial intelligence (AI), fifth-generation wireless networks (5G), and other advanced technologies, this scenario can now play out much differently.

Now, upon arrival, the EMT — armed with the most advanced medical technology the world has ever seen — can assess the situation and wire into a network connected to the ER surgeon on call at the nearest hospital.

Then in real time, the surgeon — with the help of a remote-controlled surgical device, advanced ocular cameras, and other tech — and the EMTs can perform a lifesaving procedure at the accident site. The EMTs now have the time to make the 45-mile drive to the ER with a patient who is stabilized and likely to survive.

The underlying technology that makes this last scenario possible is very real, but it's just now making its way into the realm of practical applications. Looking deeper into this technology, its use cases extend well beyond advanced medical solutions.

Which means as investors, we have a brand-new sector to invest in that has massive profit potential.

This new technology is disrupting the aerospace industry, oil industry, construction industry, shipping industry, and many more. It's reshaping the way folks conduct research, how we train and educate people, and the way we design things.

This new technology fuels new advances in every industry I can think of.

General Electric (NYSE: GE), for example, has essentially restructured its entire operation around this new technology. Using this tech allows GE to create 100% perfect digital representations of its hard assets — things like jet engines and wind turbines — and then test them in a lifelike digital environment, well before ever actually building them. 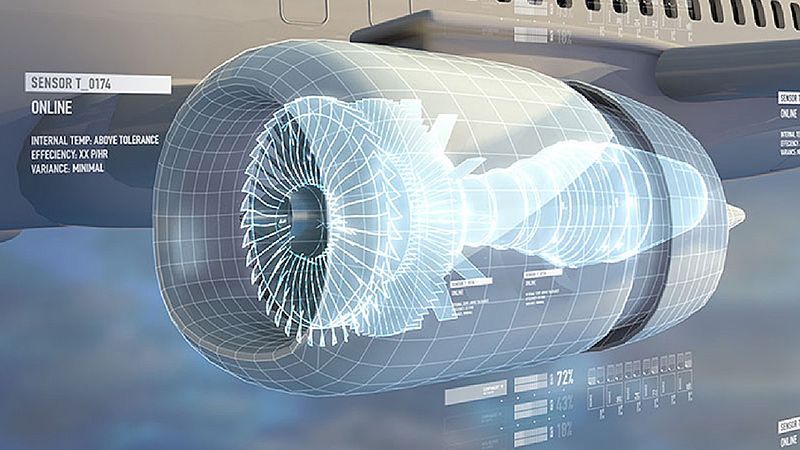 GE reportedly has about 1.2 million of these digital assets currently, and one of these assets alone could save GE upward of $12 million in production costs.

Nike is another early adopter of this technology. The famous shoe designer now works with digital 3D models, allowing engineers to see their designs from every possible angle. They can even conduct stress tests to ensure their designs are up to the rigors of a pro sport well before committing a single strip of leather toward the actual prototype.

This technology can even help you at home.

I work around the house a lot. And while I like to build, fix, and tinker around, I hate wasting my precious downtime driving to get supplies, especially on the weekends when everyone else is doing the same thing.

That’s where this amazing technology I’m alluding to comes into play once again. A few months ago, I decided to paint my walls. Instead of driving to Home Depot (NYSE: HD) for a bunch of paint swatches that would end up in a landfill, I used Home Depot’s Project Color app. With the app, I took photos of my rooms and then was able to digitally alter the wall colors in the photos to any shade I wanted to test out.

Once I found the perfect color, I simply ordered the paint through the app and picked up my wares about two hours later at my local store.

Of course, this last example may sound like augmented reality (AR), and it is. But the technology trend I’m focusing on today actually allows AR to function, along with many of the other new-age technologies you hear about.

A New Multibillion-Dollar Sector You Can Tap Today

I’ve done more than my fair share of due diligence researching this technology. In fact, I spent the better part of the last four weeks digging deep into this opportunity.

According to my research, this subsector is projected to grow from $25 billion into a $350 billion industry over the next two years. That’s roughly a 1,300% increase from its current value. Big-name tech companies like Apple (NASDAQ: AAPL) and Microsoft (NASDAQ: MSFT) are already investing billions into this technology.

Gartner lists this technology as one of its “Top 10 Strategic Technology Trends.”

Of course, I would be a liar if I said I was the one who brought this opportunity up at the office. That honor goes to my colleague and market expert Christian Dehaemer.

Which is why now that the stage is set, I want to turn things over to Chris and let him tell you everything else you need to know about this amazing new technology...

Including — and most importantly — why the right investment in this space could offer you incredible gains this year and beyond. Learn more here.