How to Become a "Preferred Investor"

Many people think the options for investing are limited to common stock and bonds. But there’s a little-known corner of the market that’s incredibly lucrative, and retail investors often overlook it.

These investments promise to pay out a certain percentage of a company’s earnings to shareholders. Some of them even guarantee the payments.

There are some big-time investors involved with these securities, too. Warren Buffett is one example. My colleague Briton Ryle recently wrote an article about how Buffett profits from these investments.

And that’s not even counting the capital appreciation gains he’s netting on these investments.

These often-overlooked investment vehicles are called preferential shares, or preferred stock. They share many similarities with common stock, but they’ve got some stark differences setting them apart. In many cases, those differences make them even more valuable than common stock. 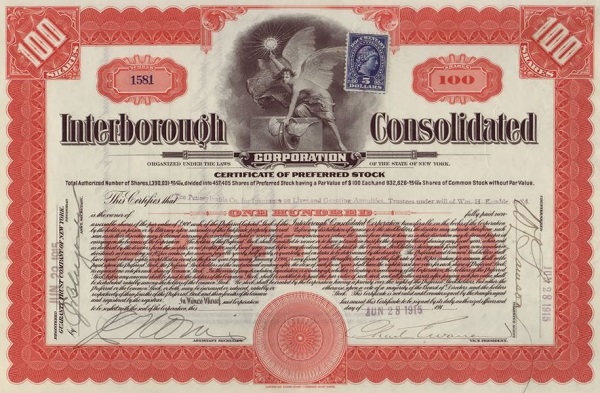 Preferred stock is defined as a class of ownership in a corporation that has a higher claim on its assets and earnings than common stock. It generally has a dividend that must be paid out before dividends to common shareholders. And the shares usually don’t carry voting rights.

Like common stock, it trades in the open market, and its price can go up and down based on sentiment about the company. Unlike those of common stock, however, holders of preferential shares are guaranteed a dividend and are given priority above common shareholders when these funds are paid out.

If the company only has enough to pay part of the total distribution, the preferred shareholders get first dibs. What’s even better is that with many of these stocks, the dividends will be paid in arrears. That means if the company simply can’t pay a distribution, it can’t slash the payment on the preferred shares. The dividend gets marked as what’s essentially an IOU to the shareholders and is paid out of the next round of profits.

Preferred shares also have less potential to appreciate in price than common stock. But they’ve still got the ability to go down in value like their common brethren.

Whether they trade at a discount or premium to the issue price depends on how investors view the company. It also depends on the specifics of the issue — for example, whether the shares are cumulative, their priority relative to other issues, and whether they’re callable.

If shares are callable, the issuer can purchase them back at par value after a set date. Say interest rates fall and the dividend yield doesn’t have to be as high to be attractive. The company might call its shares and issue another series with a lower yield.

Shares can keep trading past their call date if the company doesn’t exercise that option, though. That means investors can get back the entire initial value if it’s called, but there are still potential losses if you buy the stock above the par value.

Otherwise, we’re looking at an investment vehicle that has a fixed yield based on a par value (usually $25, $50, or $100). And it’s a yield that’s guaranteed to be paid no matter how the company has to come up with the money.

Plus, if we buy them on the secondary market, once the price has had a little time to cool off, we’re seeing a yield on cost of well over the intended issue payment.

And some of those yields are sky high, especially when it comes to oil and energy companies.

Now that you’ve got an understanding of what these preferred shares are, let’s get into some examples. The first two are pretty large companies and present a little less risk. The second two are a little riskier from a capital loss perspective but have enticing current yields.

Here we’ve got a chance to get preferred shares in a company that plays a big part of getting oil and natural gas to market.

These shares debuted on the market at a par value of $50 each. And right now, they’re trading at a discount of around 13%. So, you can get in at a lower price and get a higher yield than original buyers.

The shares currently pay a yield on cost of just over 11% every quarter. And those payments are cumulative. That means if the company doesn’t have the cash to pay when they’re due, it’ll do what it has to and get that money out to investors as soon as possible. No slashing the dividend here.

Chesapeake is an E&P company that also deals in natural gas. It’s got nearly 2 billion barrels of oil equivalent. But that’s not the best thing about this company.

It’s also one of the few companies involved in compression of natural gas. That’s what you have to do to ship the stuff overseas. And overseas is where the big opportunities are. Asian and European companies pay far more for natural gas than their American counterparts. So, if producers can get their gas across the ocean, they stand to make some serious profits when they sell it.

This preferred stock guarantees investors a piece of those profits. It’s got a yield on cost of nearly 8%, and the shares are trading at a 42% discount to their par value. Again, that means you can get in well below the initial price and get paid handsomely for it.

Like KMI, the payments are cumulative, so you don’t have to worry about the company not being able to pay. It has to, one way or another.

This is another small independent E&P company that’s fallen on tough times because of low oil prices over the last few years. But thanks to those tough times, these shares are trading at a 20% discount to their par value.

That means you can scoop them up and get a yield on cost of around 11%. And you’ll be collecting that every month.

Again, these are cumulative shares, so the payments will add up and the company will pay them out as soon as the funds are available.

Thanks to the past years of incredibly low prices in the oil market, Legacy’s preferred shares are trading well below their initial price. They started at $25, but now you can get them at a 65% discount.

But with oil prices heading up and new wells coming online in the Permian Basin (the most prolific field in the U.S.), we should see some very nice gains out of this stock.

Plus, it’s paying a 23% yield based on the current price. And again, those payments are cumulative. Every month, the company will pay out $0.155 per share to investors. If the money isn’t there, it’ll be noted, and when management can swing the payment, preferred shareholders will get all the dividends they’re due.

There’s still risk involved with preferred shares. They’re still subject to the emotions of investors and the stability of the company. But they can be incredibly rewarding for investors willing to find solid companies that guarantee those juicy preferred dividends.

The four I listed are just a small sample of all the preferred shares out there. It’s not just energy companies that offer them. You can find great preferred investments in just about every industry.

So, now that you know about preferred shares, add them to your investing arsenal, and start getting paid like Buffett.

Who knows? In a few decades, people might be traveling to your annual meeting to get a taste of the brilliance that made you one of the world’s most successful investors.

To investing with integrity (and all the tools),