How Stem Cells Can End Hunger

Written by Christian DeHaemer
Posted May 18, 2016

Many of us have more knowledge of stem cells than we used to. We're reading articles about stem cell breakthroughs that could cure cancer, diabetes, and autoimmune diseases. We've even heard about one company, Bioquark, that is trying to bring the dead back to life with stem cell research.

Stem cells, in their simplest forms, are cells that can be extracted from bone marrow, umbilical cord blood, and embryos, and are used to create new cells. One stem cell could be made into a blood cell, brain cell, heart cell: the possibilities are limitless. Imagine a world where cancer cells could be eradicated by introducing new cells in a manner much less invasive than chemotherapy or radiation.

It would be life-changing...

Sometimes it feels like we're living in a sci-fi movie, and with advancements happening so quickly, it's hard to keep up. 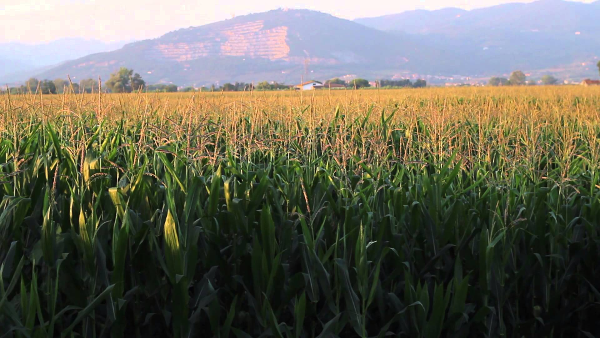 We've found a new advancement in stem cell research, this one not based on health, but agriculture. Plants have stem cells too, and the scientists at Cold Spring Harbor Laboratory have recently found a way to “talk” to these cells, giving them orders about how to grow.

The study was specifically focused on corn and it showed that when stem cells were “communicated” with in a specific way, the plants grew more rows of kernels than regular plants, doubling the amount of corn that one plant can grow.

Imagine doubling corn production. More than 90 million acres of corn is grown in the U.S. alone, and corn is the primary feed grain in the U.S., with more than 95% of total feed made of corn. That's for feeding animals, just think of how many things you use that are made of corn: cornflakes, corn syrup, corn muffins, corn bread, and a myriad of other products.

Scientists believe they can extend this ability to plants other than corn, and that's the next step in their plans.

Doubling food production through a fairly simple technique would be an incredible advancement: we'd be able to feed twice the number of people with little time and effort. The results of this technique could be life-changing for millions.

Now is the time to get involved in the biotech companies that are developing these kinds of scientific advancements. We've seen stem cell research that could heal humanity's worst diseases and perhaps end hunger... who knows what else they've got up their sleeve.

To read more about this stem cell research, click here.