How Much Does an Ounce of Gold Buy?

From ancient Egypt to the California Gold Rush to the present day, we have been mesmerized by gold for everything from its shininess and beauty to its status as a universal indicator of wealth and its value as a safe haven for riches. 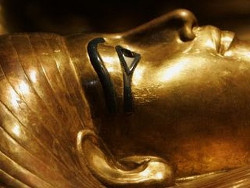 While modern history holds that an ounce of gold is always enough to buy a decent men’s suit, suggesting that its price trends with the fashion industry, the precious metal’s value has been recognized solidly since 3,000 B.C., when ancient Egyptian pharaohs and priests worshiped its beauty, but they would never have bartered with it or thought of it in terms of material gain. It certainly wouldn’t have gone to buy a "decent men’s robe."

From the Egyptian priests to the ancient Greeks — who solidified gold as a status symbol and form of glory — we get all the way to 1792, when the history of gold changed forever with the U.S. Congress’ Mint and Coinage Act. A fixed price for gold in terms of U.S. dollars was established, rendering gold and silver coins legal tender.

An Ounce of Gold During the Gold Rush

Flash-forward considerably to 1848, when the first gold was discovered at Sutter’s Mill, California, and the Gold Rush ensued, captivating us all until the present day. This is the definitive year when it was clear that gold would become the purest indicator of wealth the world over.

Until about 1946, the price of gold remained largely unchanged, coming in at $20.67 per ounce, which would be equivalent to almost $400 today.

Shopping with an ounce of gold in the 1800s and first half of the 1900s could get you any one of these things: 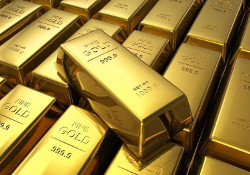 If you had a bar of gold, for which the standard of Fort Knox fame is 400 ounces, you could buy:

What to Buy with an Ounce of Gold Today

In 1950, you could feasibly have purchased a house with this much money, but today it’ll only get you a week at an Airbnb.

You can, however, still get a "decent men’s suit" — after all, this age-old comparison still fits — but it’s not going to be bespoke. Even two thousand years ago under the Roman Empire, an ounce of gold bought the average Roman citizen a toga, belt, and sandals.

Gold is a safe haven investment, not a value-creating one necessarily. It’s what you buy and where you put your money when global chaos threatens markets, when instability rules the day, and when the dollar looks unattractive. 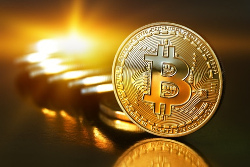 If you have an ounce of gold today you might consider buying this: one bitcoin, the rising currency of our time. Bitcoin, the digital currency, was invented only in 2008 but has outperformed every other currency since then, with the exception of 2014, when it tanked and then recovered.

In late February this year, Bitcoin hit a record, soaring above $1,300 on March 10th ahead of regulatory approval for the first Bitcoin exchange-traded fund (ETF) in the U.S. In the end, it didn’t get the approval, but it’s pulled through before, and it really loves chaos — perhaps even more than gold does. Forbes even calls it a "fear gauge" of public faith in fiat currencies and central banks.

So, what can your ounce of gold buy you today? In many ways — even beyond the steadfast "decent men’s suit" — pretty much the same thing.

History is pretty clear on this...

As far back as 400 B.C., scholars say that under the reign of King Nebuchadnezzar, an ounce of gold bought around 350 loaves of bread.

Today, though our bread choices are a bit overwhelming, your ounce of gold will buy you close to the same amount, but the preservatives will make it last a lot longer.