How Cashless Will the Future Be?

Businesses all over the world have adopted new policies refusing cash payments in fear of spreading coronavirus to their employees and/or customers.

And there are many folks interpreting these new policies as a sign of a cashless future.

But how cashless will the future really be?

There is no doubt the coronavirus and the resulting lockdowns increased the use of digital payments globally.

According to the U.S. Census Bureau of the Department of Commerce, American retail e-commerce sales for the second quarter of 2020 (adjusted for seasonal variation but not for price change) increased almost 32% from the first quarter of 2020.

Meanwhile, according to Statista, digital payments will increase by 15% this year compared with 2019 — up to $4.9 trillion worldwide. Going forward, the global digital payment segment is forecast to continue growing at a 13.4% CAGR to reach $8.1 trillion by 2024.

But the increase in digital payments is really a much longer-term trend spanning the past several decades.

Believe it or not, the first American electronic payments were made in the 1870s, when Western Union debuted the electronic fund transfer (EFT) in 1871.

But electronic payments didn't really pick up steam until the mid-20th century with the wide adoption of checks and credit cards.

In a 2002 report titled The Use of Checks and Other Noncash Payment Instruments in the United States, the Federal Reserve writes:

Taken together, the data show that an estimated 32.8 billion checks were paid in the United States in 1979, 49.5 billion in 1995, and 42.5 billion in 2000 (chart 1). The exact year in which check use peaked is unknown, but it appears that the number paid began to decline sometime in the mid-1990s. By 2000, retail electronic payments had gained considerable ground. Nonetheless, checks remained the predominant type of retail noncash payment. 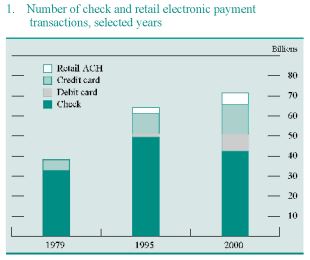 Since that report, e-commerce sales have skyrocketed the use of digital payments. In 2002, the total value of U.S. e-commerce retail trade sales was about $45 billion. Last year, the Department of Commerce reported over $600 billion in America e-commerce sales.

Here's a 2002 headline I think really shows how far e-commerce has developed: 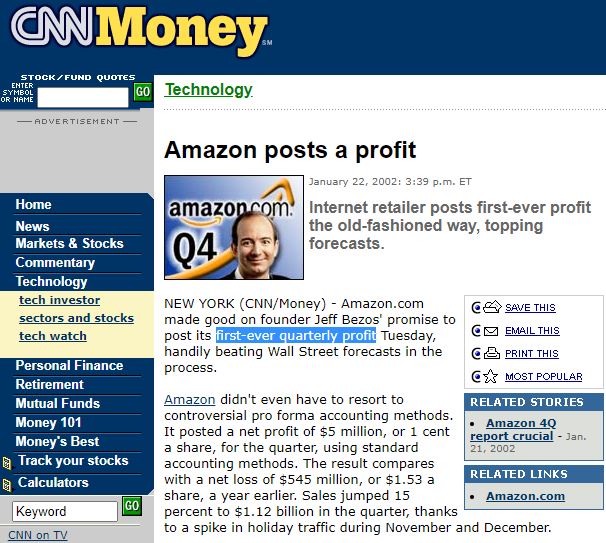 Point is, while fears of spreading coronavirus or other future viruses may have added more to the appeal of digital payments, we've been gradually using less and less cash for purchases for decades. So I really don't think cash will completely disappear anytime soon.

The U.S. government does have an interest in creating less cash. A completely cashless society would most likely be ideal for a government that wants to control its population. But producing cash also costs money. Nothing is free. Not even printing money.

Even though it only costs a few cents to produce each note, the U.S. Mint has to make billions of notes per year. During fiscal year 2019, the Bureau of Engraving and Printing delivered approximately 6.2 billion notes to the Federal Reserve. This year, the Bureau of Engraving and Printing will spend about $21.5 million just making $100 bills. So making less cash is a cost-cutting measure for the government.

Cash is used to pay employees under the table, which, unless it's reported to the IRS, isn't subject to income tax. Without cash, employers would be forced to find another way to pay workers under the table or else hire them as legitimate employees. So there are good reasons for the government to want a cashless society. But it's highly unlikely it'll get it.

When we're talking about a “cashless society,” what we're really talking about is a demonetization of physical Federal Reserve Notes as U.S. legal tender to be replaced by a digital form of the currency. For that to happen, an act of Congress is required.

Now, right off the bat, do you think that debate over the demonetization of physical Federal Reserve Notes would be politicized?

You bet your ass it would. And it's extremely unlikely demonetization could be pushed through Congress given the current state of American politics. Here's what would happen...

The Republicans would pander to their conservative Christian demographic, telling them that America going cashless is a literal sign of the apocalypse — and supporting this is facilitating Satan's work.

Meanwhile, the Democrats will pander to their bleeding-heart guilt-bot demographic, telling them going cashless will further disenfranchise low-income populations.

Martin Chorzempa, a research fellow at the Peterson Institute for International Economics, says in MarketWatch:

Alarm bells go off in my head because the impact of going cashless is highly unequal. Eliminating the ability to use cash means you have to pay more fees to pay for reloadable cards, and low-income people already find it expensive to live as is.

Nevertheless, cash is still quickly going out of style.

My colleague Chris DeHaemer recently published a new report on the biggest megatrends of the post-COVID "new normal." A society using less cash is one of those megatrends. To check out the complete report on all of DeHaemer's megatrends, click here.