Gold is the Best Mask for Your Money

“To use Maryland's unemployment website,” she sent along with this screenshot: 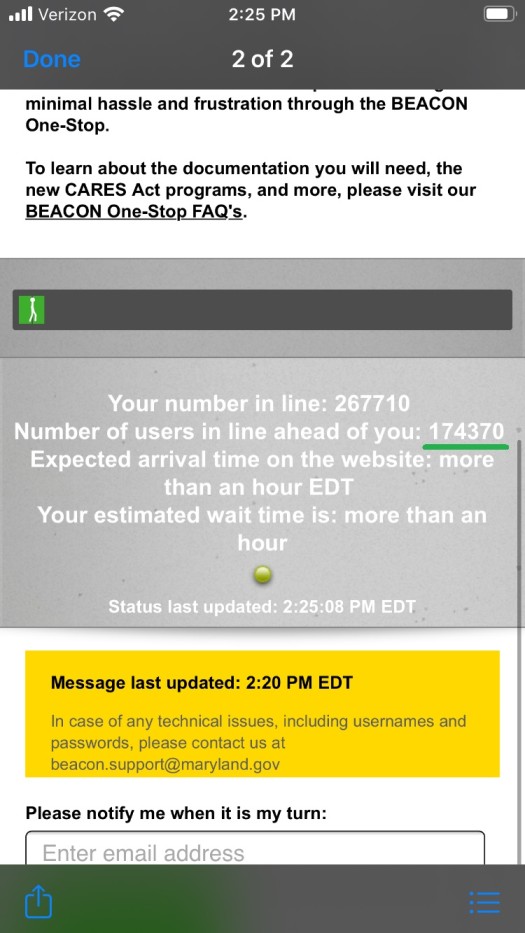 At 174,370 in line, there were more than three baseball stadiums full of people waiting ahead of her. And this was just in Maryland. And just on Monday.

The Department of Labor now says over 30 million Americans have filed jobless claims, causing severe delays and crashing state unemployment systems across the country. Unemployment websites in Maryland, California, Florida, and Ohio have been downed just in the past week.

That's a fifth of the total U.S. workforce!

Without phones or internet, we'd be seeing something like this: 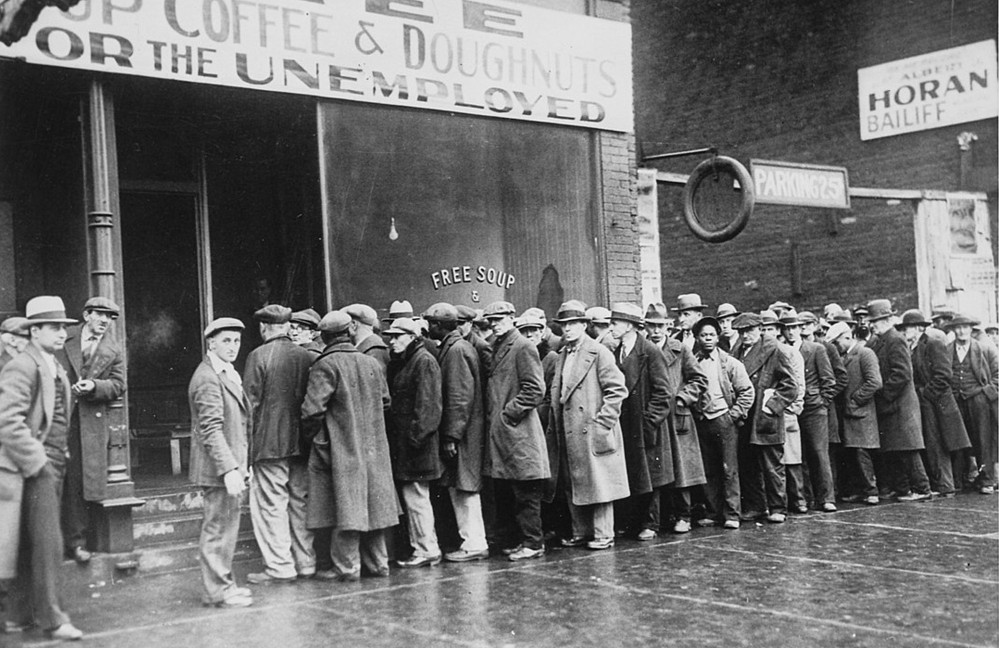 And the labor market only looks to gets worse from here.

The economy will experience a sharp contraction in the second quarter of 2020 stemming from factors related to the pandemic, including the social distancing measures put in place to contain it. In the third quarter, economic activity is expected to increase, as concerns about the pandemic diminish and state and local governments ease stay-at-home orders, bans on public gatherings, and other measures restraining economic activity. However, challenges in the economy and the labor market are expected to persist for some time.

So, Saddle up With Gold

There's a common misconception that gold always performs best during times of crisis. But that's not exactly the case. It's true that gold does, in fact, sometimes react positively during emergencies such as 9/11. But there are many examples of gold prices falling during the crisis. Just recently in February we watched gold prices plummet to seven-month lows while seeing over 1,000 daily drops in the Dow Jones.

Gold doesn't exactly perform best during the crisis. No.

See, gold is a safe haven asset. It's a tool to use during a crisis. Back in February, as equity prices fell off a cliff, gold holders were selling their bullion to cover losses from stocks.

During a crisis gold prices are certainly more volatile with more buyers and sellers in the mix. But gold prices don't increase most during the crisis.

Gold prices increase most in the aftermath of the crisis.

Both of these bull markets follow in the aftermath of extremely turbulent economies.

The 2011 gold bull market was primarily a result of inflation fears stemming from the expansion of money supply through quantitative easing programs, which were brought on by the financial crisis of 2008.

Meanwhile, the gold bull of the late 1970s (which actually peaked in January 1980) followed the energy crisis and long recession that lasted over 15 months ending in 1975, which also prompted loose monetary and fiscal policies and induced some of the highest inflation rates in recent history.

In both of these cases, gold prices increased significantly following new monetary and fiscal policies aimed at throwing a lifeline to a struggling economy. It wasn't exactly the disasters that really skyrocketed gold prices. It was the clean up in the aftermath.

In response to the COVID-19 crisis we're already seeing unprecedented monetary and fiscal moves meant to jump-start economic activity. Congress and the president approved a $2 trillion relief package (the single largest stimulus bill in history) more than a month ago. Now there are already calls for more spending money needed.

Meanwhile, the Federal Reserve is creating new money at an unprecedented rate.

The average annual growth rate in the money supply as measured by M2 over the past five years is about 6%. In the past two months alone, the Fed has increased M2 by 8.7%. In other words they've introduced more than a year's worth of new money supply into the market in just two months. 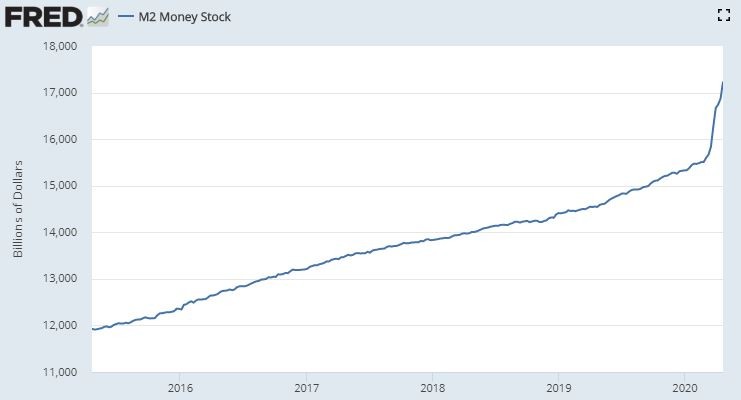 These responses to the COVID-19 crisis have already triggered concerns about inflation. As these concerns grow, so too will the appeal for gold.

Already retail customers are paying triple the normal premium for some gold bullion. Even though the price of gold quoted by CME is under $1,700 ounces right now, it would be difficult to find a single one-ounce American Gold Eagle selling for under $1,900.

Despite higher than normal premiums, we still think it's wide to buy gold now. We're staring down the barrel of the largest expansion of money supply in history combined with massive government spending, depression levels of unemployment, and interest rates backed up against zero. All signs point to gold.

Eventually she had to give up.