Godlike Energy From a 70-Year-Old Machine?

The future of energy has been debated into the ground, especially within the last decade.

So which will it be?

Will it be solar and wind power to the rescue?

Or maybe green biofuel produced from air and water?

Or perhaps it’s something completely new — a method of creating clean energy we’ve never seen before?

Shockingly, it’s none of the above.

The answer lies in a battle-tested method of power that the U.S. has been using for close to 70 years.

It’s not new, nor is it a classified secret. Yet for whatever reason, this promising industry’s perfect track record is purposefully ignored by the same politicians who control it.

Think about that. The senators voting against this type of power know exactly how important it is.

Yet as always, they choose the path of greatest personal enrichment.

Now, I know what you're probably thinking: Politics butting into the energy market? Never!

Your sarcasm is duly noted and your sentiments shared.

It’s true, energy policy is heavily influenced by politicking. It always has been, and I’m willing to bet it always will be.

A heady mixture of propaganda and fear has so far prevented one form of clean energy from reaching its full potential: nuclear power.

I’ll admit, accidents like Chernobyl and Fukushima make it childishly easy for anti-nuke advocates to make their case.

All it takes is a few choice visual aids, like this: 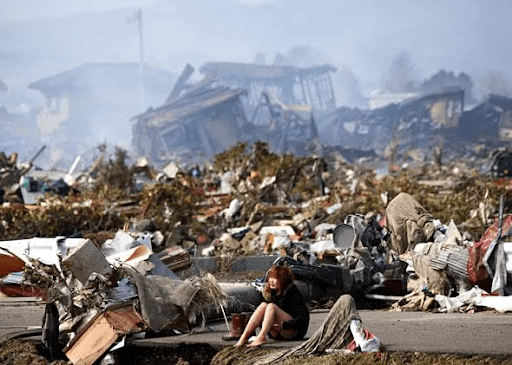 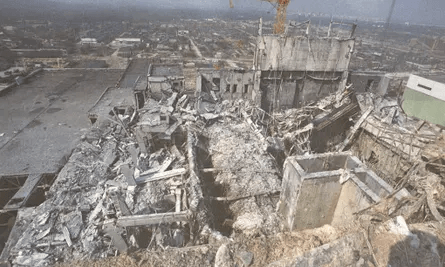 As a counterpoint to the fear-mongering, I offer some images of my own.

Here’s the USS Nimitz, the oldest aircraft carrier currently in operation by the U.S. Navy: 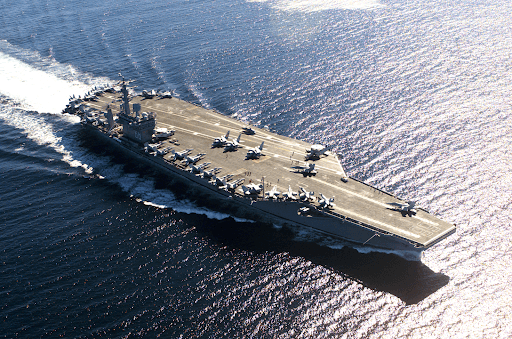 This behemoth of warfare was first put to sea all the way back in 1975.

It’s nearly as long as the Empire State Building is tall, and it can house more than 5,000 crew members to support its max capacity of 130 different aircraft.

It’s also no secret that these enormous Navy vessels are powered by A4W Westinghouse nuclear reactors.

After all, how else could something this big stay at sea for months or years at a time?

No other fuel even comes close in terms of energy density. It would take millions of gallons of liquid fuel, or maybe a battery the size of Texas.

The U.S. Navy has had a dozen of these crafts operating without incident for about 75 years. In total, that means 5,400 reactor years and 130 million miles of travel without a single hiccup.

Isn’t it funny how that track record is never mentioned by the anti-nuclear zealots?

It must be tough when reality doesn't align with your chosen narrative.

The Solution to Free Energy? Let the Navy Handle It

The libertarian in me cringes at the thought of letting the government handle something this critical.

But as always, the realist prevails. No other nuclear outfit on Earth can even remotely compare with the U.S. Navy.

Even with thousands of personnel living sometimes within mere feet of decades-old reactors, no sailor has ever been exposed to harmful levels of radiation. Not a single one.

Granted, a ground-based nuclear facility has never fallen under Navy purview, but based on what I’ve learned about the inevitable future of nuclear energy, that might not matter for long.

You see, instead of massive cauldron-style reactors, the industry is moving toward smaller, sleeker models.

Here’s a shot of the reactor currently powering the USS Nimitz. As you can see by the human used for scale, it’s tiny. 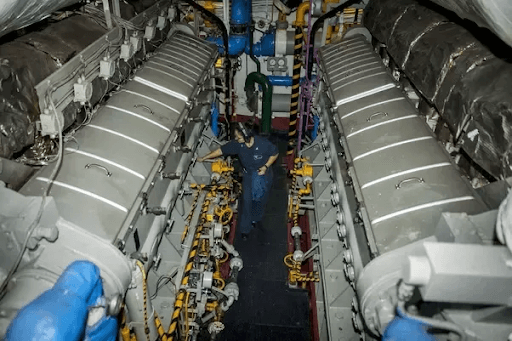 It won't be powering any small cities anytime soon, but what if you had five or 10 or even 1,000?

At scale, a few dozen small reactors daisy-chained together can be safer AND more powerful than one of these city-block-sized beasts:

These enormous facilities use enough concrete and steel to build a small town. They require billions of dollars and years to build. And to top it all off, the general public is terrified of them.

The classic reactor style is a PR nightmare from the ground up, and sadly, getting the public on board is the first and most crucial step.

With or Without the Navy, Nuclear Is Going SMALL

I’m not proposing that the U.S. government should become the shepherd of the planet’s energy future. That’s a disaster waiting to happen.

I think the opposition knows that as well as we do. Why else would the Navy’s masterful handling of nuclear reactors be completely ignored?

SMRs typically look like the image below — does anything look familiar to you? 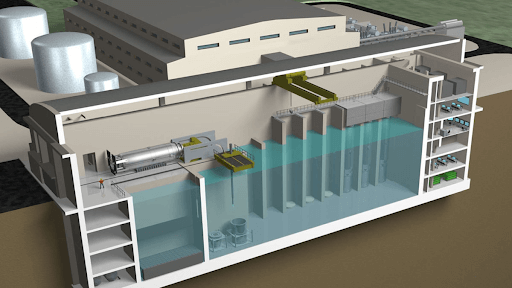 The size and scale of the components are almost identical to the 70-year-old technology on board the USS Nimitz.

Ignore the anti-nuclear hype that centers around accidents from decades ago. Fukushima and Chernobyl had very little to do with nuclear power itself.

They were both the result of either poor planning or USSR incompetence (or perhaps both, in Chernobyl’s case).

While the public struggles to wrap its head around the facts, today is the perfect day to invest in the nuclear sector.

After all, half the planet is struggling for energy. Only one method will replace fossil fuels, and it most definitely will NOT be wind or solar — at least not yet.

We’re tracking the company that is currently providing the fuel for a new generation of nuclear reactors, both small AND large.

It's still too early to narrow down a clear winner in the SMR space, but one thing is 100% certain: No nuclear company can survive without fuel rods.

Don’t quit just yet — follow this link to see the REAL future of energy laid out in front of you.