This is the biggest crisis facing mankind today...

You and I grew up with running water. And it's something we take for granted.

But the fact is that around the world today, one in nine people — more than 844 million, according to Water.org — lack access to safe, clean drinking water.

Meanwhile, one in three lack access to a modern toilet.

Take a minute to appreciate the scale of this crisis here...

We're talking about almost a billion people who don't have access to good water.

And this is not a problem only located in the worst nations of the world. In some parts of Mexico, only half of the residents have running water.

This is a crisis of truly epic proportion. And it's one that's virtually knocking on our door.

It's likely that multiple new solutions are going to be needed to even begin to put a dent in the world's water crisis.

A team of engineers at the University of Texas at Austin has taken a unique perspective to help the problem, finding a novel solution that's been right in front of our eyes the whole time.

The researchers have developed a system that can efficiency produce water right from the air.

You probably already know there's always some amount of water vapor in the air. That's what the weatherman means by humidity. But you might not know exactly how much water is floating around in the air...

According to whyfiles.org, there are 37.5 million-billion gallons of water floating around in the atmosphere at any given time.

One pound of air with 100% relative humidity at 80°F will contain 0.0022 lbs of water vapor. And if you can pull that water out of the air, you could have a good source of clean drinking water.

Well, you can easily pull water out of air. Dehumidifiers extract moisture from the air, and refrigerators and air conditioners produce water as a byproduct.

But these require lots of energy.

The team at the University of Texas at Austin has developed an energy-efficient way to harvest moisture from air.

Their technology uses hydrogels, which are substances that are able to absorb and hold considerable amounts of water, similar to a sponge.

There are many different types of hydrogels, which are currently used for different things. You're probably most familiar with them as a substitute for potting soil or as toys. 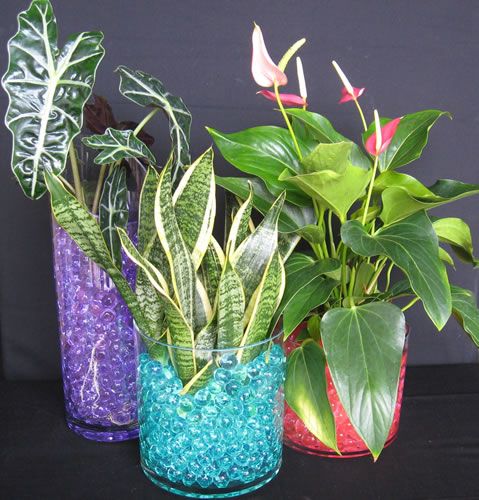 The researchers in Texas have combined hydrogels to create what they call “super sponges” that are able to easily pull water vapor out of the air and release it under sunlight. Prototype tests showed daily water production of up to 50 liters per kilogram of hydrogel.

Fei Zhao, a postdoctoral researcher at the University of Texas and co-author of the study, says, “We have developed a completely passive system where all you need to do is leave the hydrogel outside and it will collect water. The collected water will remain stored in the hydrogel until you expose it to sunlight. After about five minutes under natural sunlight, the water releases.”

This new system could provide clean, safe drinking water in many water-stricken areas around the world. And it could open up an entirely new sector for water investors.

We will continue to watch these developments and keep you updated.