From Soviet Cold War Superweapon to the Future of Computing

OK, “superweapon” might be a bit of an exaggeration, but if you'd asked the Soviets at the time, they’d claim all of that and more. 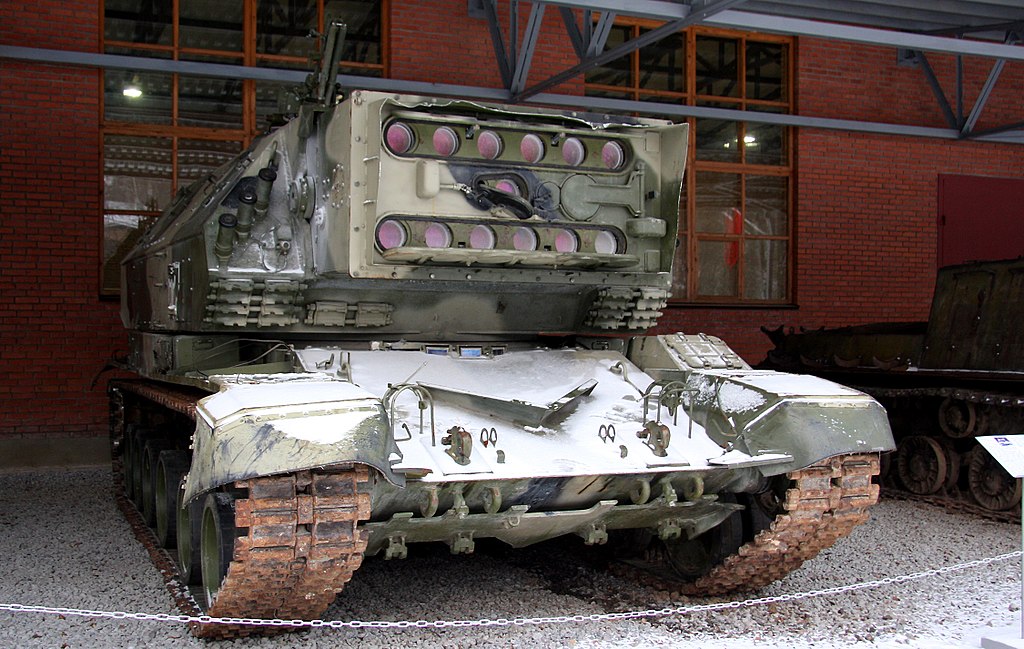 This beauty is the 1К17 Сжатие, which translates to “Compression.”

Despite its futuristic appearance, this highly experimental laser-tank was the brainchild of Soviet engineers back in the 1970s.

Unlike other more supervillain-esque lasers of the time, this tank wasn't designed to blast through enemy troops.

Instead, the beam would be focused on incoming enemy guidance systems, overloading the optics and rendering them blind.

Like many ideas during the Soviet Union’s reign, including the Union itself, this wasn’t a great one.

The lasers were easily foiled by fog and typically only useful when the bad guys were already coming straight at you.

The project predictably fell apart as the regime collapsed. But the tank itself is not the lasting legacy of Russian laser madness.

Just like the Space Race ignited an era of aerospace development, the Cold War obsession with lasers unexpectedly laid the foundation for one of humanity’s most important industries.

Plenty of industries couldn't exist without lasers, and I don’t just mean the high-powered destructive kind.

LASIK eye surgery can correct vision and provide incredible results. My mother can see better than I can nowadays.

And who could forget the most ubiquitous of all laser devices: the humble barcode scanner. It’s practically the backbone of the retail economy.

Those devices alone account for trillions of dollars each year worldwide. But if you ask me, all other uses pale in comparison to the computing industry.

You see, to build faster computer chips, you need better lasers. Etching tiny, intricate electron pathways onto a wafer with nanometer precision requires some of the most advanced optical technology on the planet.

Neon provides a predictable, nonreactive environment for the laser to do its thing. Any impurities could affect the beam, leading to errors in the chip.

The gas itself is everywhere. Atmospheric air contains a very tiny percentage of neon. But extracting it requires a huge amount of power and expensive equipment.

The world’s neon production is dominated by shockingly few players. Before the Russian invasion, Ukraine produced more than 50% of the planet’s total supply.

Now the country’s two main producers are completely offline. Just like that, 50% of the world’s production dropped off the table indefinitely.

The chip shortage was already in full swing by the time neon supplies dipped, so the short-term effects were gentle.

Now stockpiles have all but dried up. The semiconductor industry is trying to get back on its feet, but the neon shortage is sandbagging it.

If you're invested in the semiconductor fabrication industry, there's about a 50% chance that company's supply of neon comes straight from the war zone.

This hasn't been some minor hiccup. There’s no telling when production will pick back up. We’re headed for a complete reorganization of the entire chipmaking industry.

It’s almost a perfect irony that while Russia helped bring this tech into the future, it’s now single-handedly wrecking the industry it birthed.

Our advice to our readers and to investors in general? Lock down a stock play that prioritizes diverse supply chains.

This semiconductor specialist on our radar has already assured nervous investors that all its gas supplies are divided among a wide range of producers.

It would take nothing short of another world war to disrupt this company’s distribution network.

That puts it miles ahead of the other 50% of the market, much of which is still scrambling to keep facilities running.

Based on our analysts’ reports, we’re almost past the perfect window to buy in. The company could net enormous gains for the early arrivals in less than a year.