The Biden administration is dead set on dragging the U.S. into an electric future, whether the country is ready or not.

So far, the electric vehicle (EV) market has apparently been unable — or unwilling — to solve one problem on its own: public charging. And it’s one of the main reasons why drivers are experiencing EV anxiety at the dealership.

Beefing up public charging infrastructure is the biggest single investment that needs to happen before gasoline engines exit the stage entirely. But no one seems willing to risk it.

Well, it looks like Biden got sick of waiting.

The Build Back Better bill his administration is pushing contains nearly half a trillion dollars for clean energy initiatives — $7.5 billion of that is earmarked for a robust nationwide network of EV charging stations. 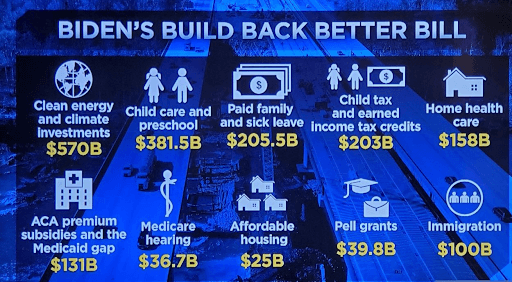 All that money will be heading straight into the pockets of a few small companies that managed to get in ahead of the herd.

Right now, there are very few EV charging companies that have even remotely enough bandwidth to handle a newly electrified America.

The EPA names transportation as the biggest polluter in the U.S. today. Electrifying the entire network is the fastest way to drop that number practically to zero.

Now, before the “no free lunch” crowd comes for my head, I understand that EVs still produce pollution. It’s not a magic solution for unlimited energy.

But transferring everyone’s energy needs onto the electrical grid is far more efficient than millions of engines spitting out smoke across the country.

Don't believe me? Let’s take a look at the math…

Electrically driven vehicles overall result in about 40% less emissions than a comparable internal combustion engine (ICE). Using the grid for power is far more efficient than each driver using their own generator.

They are able to actually convert more than 70% of the electrical energy into power at the wheels. ICEs can't even come close to that level.

In comparison, typical gasoline engines can only harness around 15%–30% of the potential energy. It’s no surprise that the government is looking to make the switch as early as possible.

Overall cost of ownership, something the average driver probably cares more about, is also much lower for EVs.

The Toyota Prius has always been hailed as one of the most efficient gasoline-powered vehicles on the market. But compared with the Nissan Leaf, an entry-level EV, it looks more like a luxury SUV. 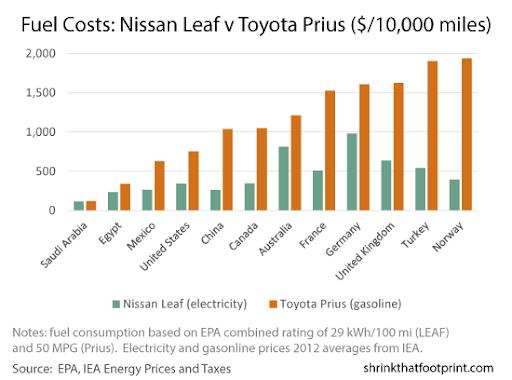 To be honest, I think I might make the switch to an electric car next year. I can't ignore the market any longer.

You''ll also get our free report, Infrastructure Stocks: How to Play the .2 Trillion Deal, sent straight to your inbox.

The technology itself is getting pretty close to perfect, and global EV sales are threatening to overtake old-school ICEs any day now.

Environmental benefits aren't exactly my main motivator, but they are benefits nonetheless.

Especially if they can help score some of those sweet tax credits — which are getting bigger by the year, I might add. 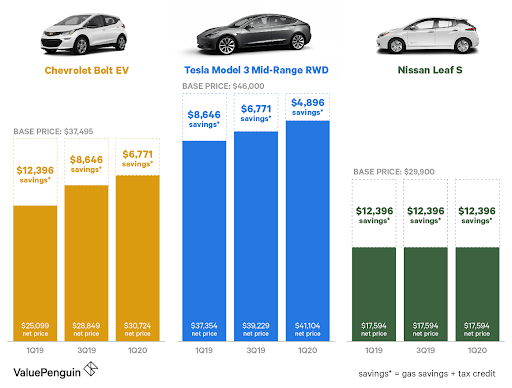 In the past few years, a huge list of countries have made pledges to go carbon-neutral by midway through the decade. I believe we are up to 137 at my last count.

If the world actually wants that to happen, phasing out ICEs is the first and biggest step.

The Democrats Are Coming to Steal Your… Car?

I'm sure that news comes as a shock to the system for the folks hoping to hold onto their gas guzzlers for a little bit longer.

But Biden’s bill is sending a very clear message to the car-buying public: “This is happening. And it’s happening soon.”

But on the other hand, some critics claim these long-term goals are just our current leaders kicking the can down to the next generation.

And in a way, they're completely right.

A 50-year prediction is a slam dunk from a marketing standpoint. You can make glowing promises about anything with zero accountability.

Whatever politician made the promise will be long gone when the day comes, if it even makes it that far. Canceling the legacy of former leaders has become a mainstay of American politics.

Claims like these are incredibly easy to make but incredibly hard to follow through with. In the U.S.' case, it would take the coordinated effort of the next 10 presidents.

We’ve seen how different each administration's priorities can be. Expecting 10 of them in a row to agree with each other is a few steps past optimistic.

That’s why Biden’s new bill is so promising for this industry. It’s more than just empty promises, and it can’t be torn down by the next person in office.

If the Senate passes Build Back Better, that means $7.5 billion in funding will be awarded to the top names in the EV charging industry.

And as of now, there are only a few companies in America that could handle the task.

This bill has the potential to completely change the electric vehicle industry in America. Check out this 100%-free presentation to learn more about where one of the world's biggest markets is headed in 2022.