Back in the day, Pace Picante Sauce ran a popular TV commercial. Maybe you remember it? A bunch of cowboys are out on the range, eating supper by a chuck wagon after a long day of wrangling doggies.

The cook brings out some cheap picante sauce, which they all complain about. Reading the label, one cowboy proclaims in disgust: “Made in New York City!” To which the rest reply, “New York City!”

This is what came to mind when former New York Mayor Michael Bloomberg announced that he was giving away $500 million to close every coal-fired power plant in the U.S.

First of all, coal accounted for 27% of all electricity in the United States last year. True, this is down from 39% in 2014, and more than 170 old coal-fired plants have already been retired. But it is still a lot of electricity production.

In response to Bloomberg’s announcement, the Kentucky Coal Association says former New York Mayor Michael Bloomberg’s $500 million pledge to close every coal-fired power plant in the U.S. would “essentially send us back into the Dark Ages.”

In Kentucky, about 75% of the state’s electricity comes from coal power.

Kentucky Coal Association President Tyler White said Friday, “Kentucky needs to be very careful and we need to understand that there are elitist billionaires out there that have no sense of reality.”

Former New York City Mayor Michael Bloomberg's Beyond Carbon initiative is short-sighted, nonsensical and, if successful, will have a calamitous impact on West Virginia and American workers.

The U.S. continues to make dramatic reductions in carbon output and the vast majority of the greenhouse gas generation is coming from abroad, chiefly in the Pacific Rim countries. For crying out loud, if Bloomberg wants to make a positive impact, he should focus his efforts in Asia and get those countries to bring their carbon output in line with America's.

And it's not like Bloomberg is going to buy out plants or pay to switch over to natural gas. No, it’s just more politics.

Most of the money is expected to fund environmental groups and candidates pushing for renewable alternatives to coal power.

So the headline should be: “Bloomberg plans to hire 1,000 progressive lobbyists to go carpetbagging.”

Furthermore, most of the low-hanging fruit has been picked. All of the old, heavily polluting plants have already shut down or will be closed over the next two years.

Half a billion from New York is not going to change those big numbers. To make that trillion back, the power plant will have to run a long time.

Coal-fired plants will continue to decline, but so will the pollution. And with the natural gas export business booming, coal will have a price comeback. Those miners who are still around will see better times ahead.

For one thing, coal inventories are well below the long-term average. 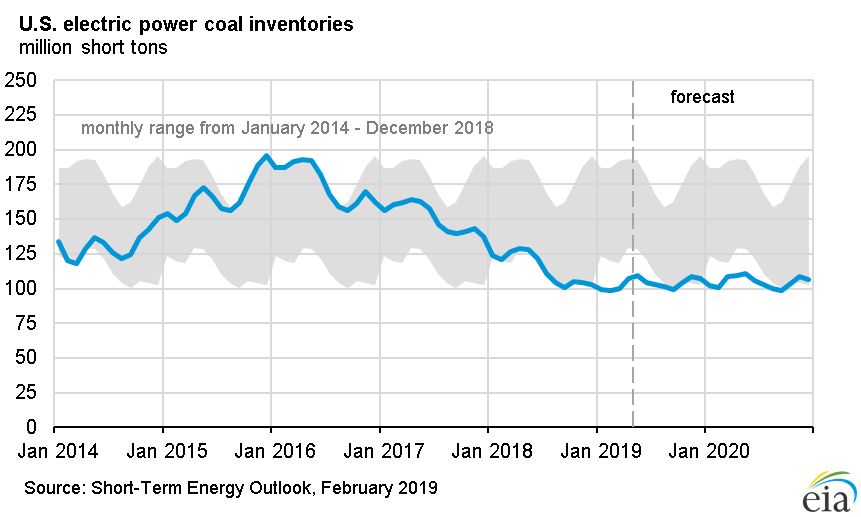 For another, coal exports are up big...

If Bloomberg really cared about the impact of coal, he would spend his money in China or India. Of course, he would have to fly there on his private plane, and what with carbon footprints and all that...

The upshot of this is that for certain coal companies, exports are booming and profits are pouring in. I’ve found one company with a P/E of 4.68, and it pays a 12.43% dividend yield.

It saw 79.10% quarterly earnings growth and has a 23.51% profit margin. It might just be the most undervalued growth stock in America. Click here now to find out more.