Will Tesla's Model 3 Corner the Market?

One thought runs through my mind every time my VW makes a new weird noise:

“Just wait till I get my Tesla.”

And readers, that time is finally upon us.

March 31, 2016, is the day we finally get to see what all of Tesla's hard work has been leading up to: an affordable, mass-market electric vehicle.

The Model 3 sedan will be just that... all the luxury of a Tesla with a much better price tag than its previous editions.

This new car is being touted in the media as two things:

Will it live up to all that hype?

We won't find out for sure until the car is on the streets. But we've got a pretty good idea...

Skeptics of Tesla and its tech cite one major market malfunction: the low price of oil.

They say that if oil stays cheap, which it's expected to do for a while longer, people won't bother buying EVs because the gas savings won't add up as much.

But let me counter with this idea: people don't necessarily want EVs, but they definitely want Teslas. 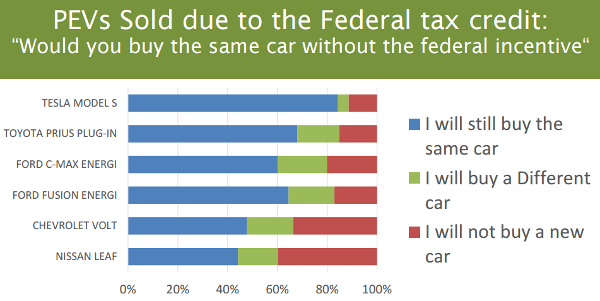 There's a benefit to being classified as a hyper-niche. Brand loyalty is a powerful thing.

So what can we expect from Tesla's new mass-market car?

First off... a great price.

That's considering $35,000 to start is just barely above the national average for new cars, but with federal and state subsidies, it could be much cheaper.

One estimate claims that Californians could get a Model 3 for just $9,500 after incentives.

And that's with all the Tesla-brand bells and whistles: 200-mile range, access to the growing Supercharger network, and unrivaled connectivity.

And it should absolutely have yours, too.

It's All in the Timing

The final hurdle the Model 3 will have to jump is Tesla's other reputation... you know, the one about the continual delays in vehicle releases.

Every one of Tesla's previous models has missed its original release date by a matter of years.

And while this is discouraging, especially if you, too, are just hoping your car makes it until the Model 3 is out...

The company reached its goal of selling 50,000 vehicles last year, most of which were its sports car, the Model S.

Deliveries for the Model S were supposed to start in June... of 2012.

But as more orders came in, that date got pushed back for many. This is probably the only time Tesla's popularity has done it wrong.

But even this won't be a problem for much longer. The Gigafactory is set to come into production soon; it's already producing parts for Tesla's Powerwall battery systems.

And even more encouraging is news from a recent tour of Tesla's existing Fremont, California factory.

A report came back that the company had upped the factory's efficiency in a big way...

Around $1.6 billion was invested in improvements. The company brought on more employees, in addition to more and faster robots for its assembly line.

That assembly line now also includes a new aluminum press — what the shells of Tesla's cars are made of — with between 10 and 20 times the output of the old one.

There's now a state-of-the-art paint shop with the capacity to cover up to 500,000 cars per year in shining color.

Do I think the Model 3 will kill the internal combustion engine?

Nah. Not right away, at least. Maybe by the time the company comes back to its mysterious Model Y crossover, but who knows when that will happen?

In this case, I'm happy to settle for seeing the Model 3 come out on time, which it's looking good to do.