Economics, not Politics will Make Cultured Meat the Next Big Thing

Ugh, do we have to politicize everything?

This is, for lack of a better word, stupid.

Why would someone have to politicize disruptive food technology?  And in such an absurd way, too?

Why would lab-grown meat (also called cultured meat), turn you into a socialist democrat?

That makes no sense.

The meat isn’t “fake” either.

The only difference between cultured meat and traditionally-produced meat is that the “meat” is grown in a lab, not in an actual animal.  But it still uses the same cell structures.  It is REAL meat.

I would also point out that while Ronny Jackson is shitting on cultured meat, all the major meat manufacturers and Big Ag conglomerates that profit from industrial meat production, such as Tyson Foods (NYSE: TSN), ADM (NYSE : ADM) and Cargill, have been investing millions in cultured meat.

And I can assure you, the folks running these companies are not socialists.

Don’t get me wrong.

Jackson is simply trying to rile up his base.  And I suppose this is a good way to do it.

I’m sure there are plenty of folks who will eat this slop up without question.  Which is unfortunate, because cultured meat holds a lot of promise from an economic, strategic security and environmental standpoint.

Cultured Meat: The Next Evolution of Meat Production

Although cultured meat is still in its infancy, eventually, it’s going to provide a lot of benefits to society.

From an economic standpoint, growing meat in a lab will ultimately become economically superior to producing meat in the traditional way.  And this will allow meat production companies to increase margins, increase profitability, and even provide steaks, roasts, lamb chops, seafood, and chicken to those who may not have been able to afford to buy a lot of meat in the past.

These types of things are the result of free market capitalism, not socialism.

From a strategic security standpoint, we needn’t look any further to what we witnessed during the height of the COVID-19 outbreak, when centralized food distribution networks shut down.

In a matter of days, grocery stores ran out of meat, milk, and eggs.

I remember people would post pictures of the empty shelves. 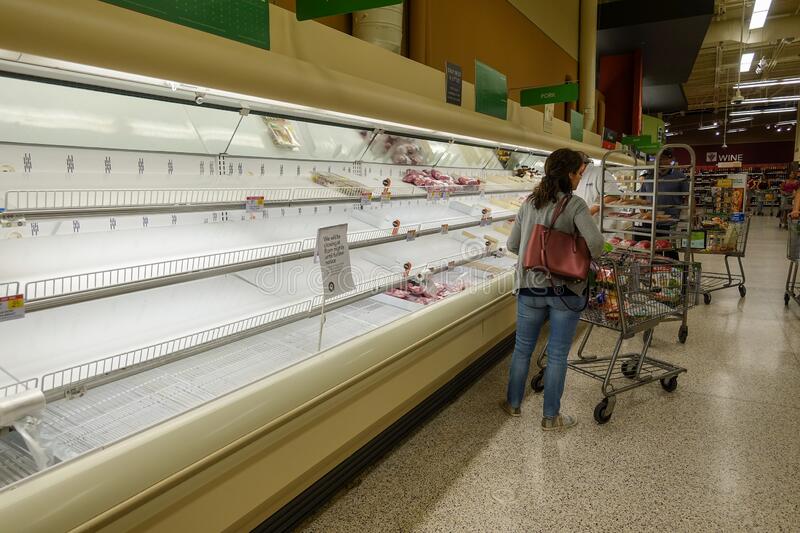 But with cultured meat (as well as other animal products, including cheese, milk and eggs), labs are decentralized.  One day, there will be food-growing labs scattered across the country, thereby making food distribution less vulnerable to virus outbreaks.

Last summer, due to extreme weather events, thousands of cattle died off in Kansas.

These extreme weather events, by the way, represent the new normal.  And it’s going to become harder and harder for meat producers to keep costs down behind the backdrop of these heat waves, droughts, and floods.

Cultured meat production offers one of a handful of solutions to this problem.

And of course, there are the environmental benefits.

While I realize guys like Jackson like to trivialize environmental concerns, the bottom line is that lab-grown meat has the potential to drastically lower some of the environmental burdens associated with industrially-grown meat.

According to researchers at Oxford University, cultured meat could potentially be produced with up to 96% lower greenhouse gas emissions, 45% less energy, 99% lower land use, and 96% lower water use than conventional meat.

This is not inconsequential.

Of course, regardless of what Ronny Jackson tweets or how many people decide to embrace such a foolish take on cultured meat, the market will ultimately decide the future of meat production.

And when you evaluate the benefits - even if strictly from an economic viewpoint - it doesn’t take a rocket scientist to know that one day, cultured meat will serve as a viable alternative to conventional meat production.

And that’s why, as an investor, I’m so bullish on cultured meat, as well as other cutting edge food production technologies such as precision fermentation and algae.

Because this is going to happen.

Now while it’s still early in the game, if you’re looking to do a bit of due diligence in this sector, I would recommend checking out CULT Food Science (OTCBB: CULTF) and (OTCBB: AGNMF), as these two pure plays can give you exposure to dozens of different cultured meat startups.  Some of which are already generating revenue.

For a bit less risk, also check out Ingredion (NYSE: INGR), which is one of the largest ingredients solutions companies in the world.  Boasting a market cap in excess of $6.1 billion (that’s billion, with a B), Ingredion has been active in the cultured meat space for some time now.

If you’re unfamiliar, Umami Meats creates cell-based seafood, such as Japanese eel, Yellowfin Tuna and Red Snapper.  Worth noting, CULT Food Science invested in Umami Meats last year, so investors who own shares of CULT Food Science have exposure to Umami Meats.  Which, again, just did a deal with food ingredients powerhouse Ingredion.

Look, the bottom line is simple: While politicians will always weave tales in an effort to get votes (and this is true on both sides of the aisle), as investors we can’t let ourselves be taken in by the rhetoric.

While cultured meat may be low-hanging fruit for lawmakers looking to vilify something in an effort to gain support from folks who seem to be allergic to searching for truth, it’s also the evolution of food production.

Again, this is going to happen.

And I’m definitely looking to get a piece of this action, early and often.