You, as both an investor and a consumer, have a lot more power than companies want to admit.

With your money, you decide who lives and dies — in the business sense, of course. Without money to back it up, no company can grow and thrive.

That being said, people at large don’t always know what they want. 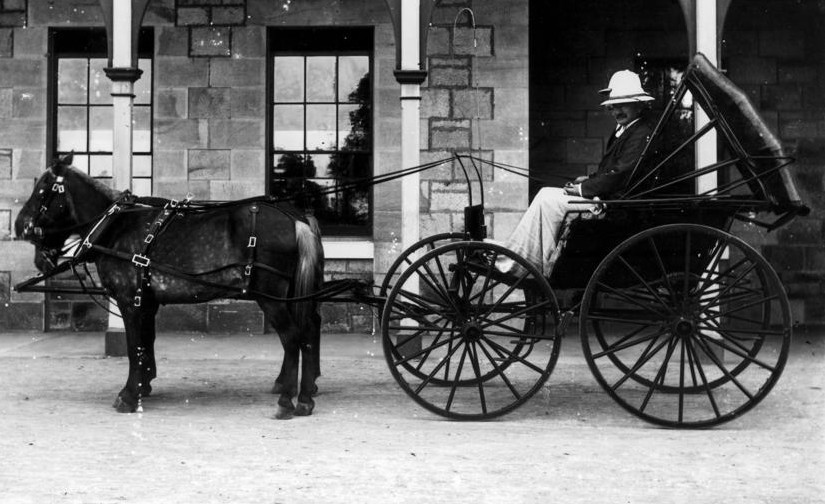 “If I had asked people what they wanted, they would have said faster horses,” Henry Ford is famously quoted as saying. In his opinion, innovation no one asks for isn't all bad.

There’s got to be a balance. A company would die without customer approval, but that doesn’t mean that if people aren’t asking for it, they don’t want it. They may not even know they're missing out!

Back when horses were the way to get around, people could only conceive of faster horses. If there was talk of a form of transport that didn’t run on belligerent animal power, well, it was all in jest.

Decades later, when cars were the norm and horses only pulled carriages in New York’s Central Park and rural Pennsylvania, the joke was asking for cars that could drive themselves.

It’s not a joke anymore. It’s well on its way to becoming a reality for every one of us.

The consumers are already speaking out about this new tech trend, and what they’re saying could have some major implications for investors in the field...

Horse of a Different Color

The federal government has finally released guidelines for the safe production and use of autonomous cars.

Until now, the technology was so new and varied that there wasn't really enough to base regulations on. But with more companies working to hammer out the basics, there's now a 15-point safety inspection to be done before the autonomous part of a car is approved.

All of this plus the ability for the car to meet all safety regulations, inform new drivers of the exact uses of the car's autonomous operations, and to know and follow the rules of the road.

This may mean a whole new lesson in driving school for drivers new and old.

But more importantly, it means autonomous cars have cleared a major hurdle. The federal government, by releasing these new safety checks, has signaled its approval for the driverless car industry.

You see, despite the recent setbacks, it's widely believed that autonomous driving will actually save lives rather than put more of them in danger.

Since the use of semi-autonomous capabilities became commonplace (think parking assist, braking assist, automatic lane changing), deaths on the road have dropped from around 40,000 to 35,000. That may not seem like a huge dive, but I'm sure those 5,000 people are glad to still be breathing.

The new regulations are notably lacking in details about the technology itself. The door is being left open to all kinds of software and hardware, so anything that can create a safe, secure autonomous vehicle is allowed — for now.

Without a doubt, companies will be pushing through that door with everything they've got. From here on out, it's full speed ahead for the growing industry developing the revolution.

And, by extension, that means full speed ahead for investor profits as well.

I'll be the first to admit that I'm a bit of a hypocrite. If you'll remember my last spiel about driverless tech, I touted the future of cars without owners, all the while plotting ownership of my very own Tesla Model 3.

I'm not ready to give up ownership of my own vehicle just yet. Like most drivers, even though I'd love to be driven around without having to face the traffic myself, I still like to hold a level of control over my own travel.

And that is what's going to comfort investors in the years to come.

Despite what Uber, Lyft, and Google are saying, there's simply no way that the whole world will give up on buying cars in the next five years. True, it's already started, as proven by dipping car sales, but it's not the end of the industry.

There's no sense in not investing in the inevitable now, but if you're still on the fence about the future of ownerless cars, there's a good chance you'll have some time to adjust.

And, of course, you'll be making money all the while.