It was about three years ago when I recommended folks buy shares of Canopy Growth Corporation (TSX: WEED) for $1.60 a share. 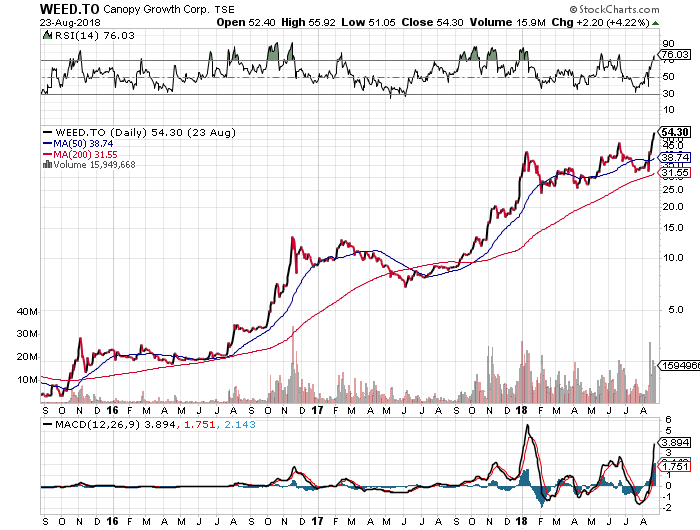 I’m not going to lie. That’s the biggest gain I’ve ever enjoyed in my more than two decades in the world of finance. And it’s only one of about a dozen other cannabis stocks I recommended many years ago – when they were still super cheap.

Of course, a lot has changed since then, and it seems that every couple of weeks there’s a new cannabis company going public.

Some will do well, and some won’t. That’s just the nature of the game.

But there’s a new cannabis company going public soon that I believe will be a home run.

The company is called CWB Holdings, and it’s one of the most important cannabis companies in the world. Here’s why …

If you’re know the cannabis industry, you know the Stanley Brothers.

It was in 2011, when the Stanley brothers first started working with Charlotte Figi and her parents. They were a very small operation back then. But because they have been so successful at providing quality medical cannabis for those who need it, this small operation has blossomed into a company that did $40 million in revenue last year.

This is the ultimate story of doing well by doing good.

Now about a month ago we learned that the Stanley brothers were going public under Charlotte’s Web Holdings, Inc. (CWB Holdings). Make no mistake: I was very excited about this announcement. Then this morning, we learned that the company has boosted its IPO offering by 52 percent to $77 million.

Shares are now priced at C$7 a share, which is the top end of its previously announced range. Based on this share price, CWB Holdings will now have a valuation of about $500 million.

CWB Holdings will trade on the CSE under the symbol “CWEB.” Do NOT sleep on this one, as I believe it will be one of the most successful cannabis IPOs of the year.