Sometimes all a successful investor needs is a little patience... and just the right amount of luck.

Ask yourself what you were doing when you were about 11 years old.

Perhaps you were stuck in a classroom with your friends counting down the seconds until the end of the day. Or maybe you had spent your last $0.40 hoping to find that 1990 Upper Deck card of Andres Galarraga that you’d been hunting. 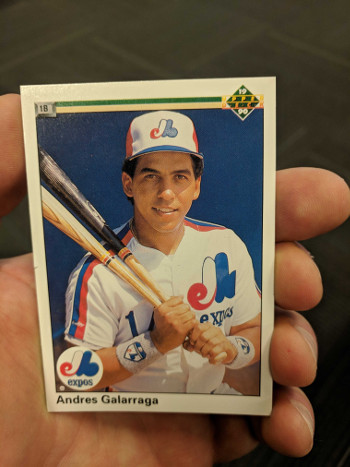 Maybe you were lucky to have a dad who was cool enough to take you to the National Air and Space Museum.

For me, at least, I can safely say that the last thing on my mind was investing.

I can’t say the same about Warren Buffett.

At the tender young age of 11, Buffett bought three shares of a company for $38 apiece.

Yet even the world’s most iconic investor isn’t immune to market volatility. In a short matter of time, young Buffett saw his position fall by more than 33%.

So when shares rebounded back to $40, he took his money off the table and looked for his next target.

It’s a shame he ran for the exit, too, because Buffett recently recalled that his $115 investment would’ve been worth $606,811 today.

Sure, anyone can play the Monday morning quarterback and lament that if he had a little more patience, he could’ve hauled in a fortune.

Still, the signs were there that his stock was going to be worth much, much more in the future.

You see, even though young Buffett had identified an undervalued stock, he also had a little bit of luck in that his first foray into the stock market was an oil stock.

Back in 1942, the United States’ energy consumption was dominated by just two fossil fuels: coal and oil.

Of course, we both know that our oil consumption soared higher during the latter half of the 20th century, propped up by a post-war boom in the auto market.

In 1950, there were around 8 million cars on the road in the United States.

Today, there are over 272 million cars zipping around.

What took place throughout the 20th century was nothing short of an energy transition.

And we’re on the cusp of another one.

The question you need to ask yourself now is: Will you make the same mistake young Buffett did?

The Dirty, Dirty Profits Are Gone

Can you spot it?

If you want a hint, just take a quick glance at BP’s latest energy outlook.

Look, I’ll be the first to tell you that our oil consumption will be flat from here on out. That’s been the case for nearly 30 years:

In BP’s Energy Outlook 2019, its evolving transition scenario paints an incredibly bullish picture for two sources of energy and one horribly bearish future for the dirtiest of energy sources: coal.

But let’s focus on the U.S. power sector for just a moment. In 2017, roughly 77% of energy consumption in that sector came from coal, natural gas, and renewables (one-third of our power sector was fueled by coal).

We don’t need a crystal ball to see what’s about to happen next. And we don’t need tea leaves or a set of quatrains to see the future.

If you glimpse further down the road, perhaps nudge your 11-year-old into the right investment, just take a look at what we’re replacing those coal plants with: 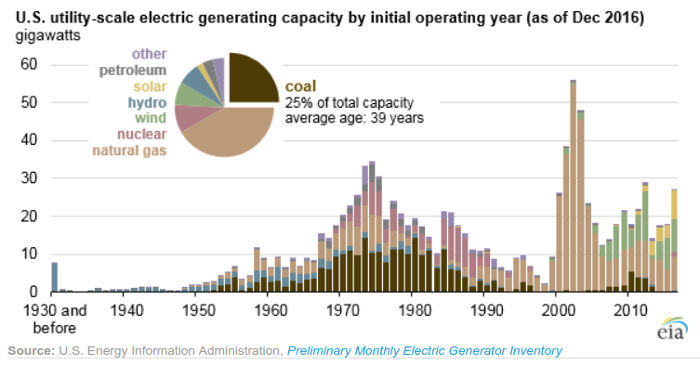 According to the EIA, one-quarter of the United States’ operating electricity capacity is powered by coal, yet 88% of our coal plants were built, on average, between 1950 and 1990.

The coal industry is dying.

No stump speech will be able to save it from reality.

And in the coming weeks, we’ll show you the exact same undervalued energy stocks that young Buffett would’ve drooled over.

This time, however, we’ll have the patience to watch our profits run.