Cyborg Swarms: The First One Now Will Later Be Last

It’s day 242 of the COVID-19 pandemic. Yesterday Pfizer said it has a vaccine for the dreaded malady that has a 90% effective rate and is in Phase 3 trials.

The stock market launched. Or I should say those stocks that had been big winners sold off and those that were losers jumped — but still not high enough to be year-to-date winners.

However, because the times change fast these days, we face many unanswered questions regarding the vaccine.

First off, you have to ramp up the number of doses into the hundreds of millions — this will take time. Second, the vaccine needs to be kept at negative 91 degrees Fahrenheit — I think my fridge goes to 29 above. Also, you need two shots at least a week apart.

And finally, the dose won’t be widely available until next spring when COVID is projected to be burning itself out.

Don’t get me wrong, I took profits on all of my stay-at-home stocks yesterday. They were all overvalued. But like everything you hear these days, you have to look at the news with a jaundiced eye.

Personally, I divide my accounts into two mason jars. The first is for long-term investing. This is where you put 90% of your hoard.

The second is for short-term trades — anywhere from one day to three months. When the trade money outnumbers 15% of my investments, I move some over into long term.

Right now there are four major long-term trends. These are 5G communications, the cloud, space, and spatial computing. These are trends that will last more than five years.

Thus I call these DeHaemer’s Bull and Bust Report Five Year Plans — like a peaceful, capitalist Mao, only with profits.

Most of these you have heard about, but you are probably new to the idea of spatial computing (SC). SC is simply the technology in which computers or robots interact in a 3D world.

For example, one thing we know will be around in five years is cockroaches. We will also at this time have robotic cockroach cyborg swarms. 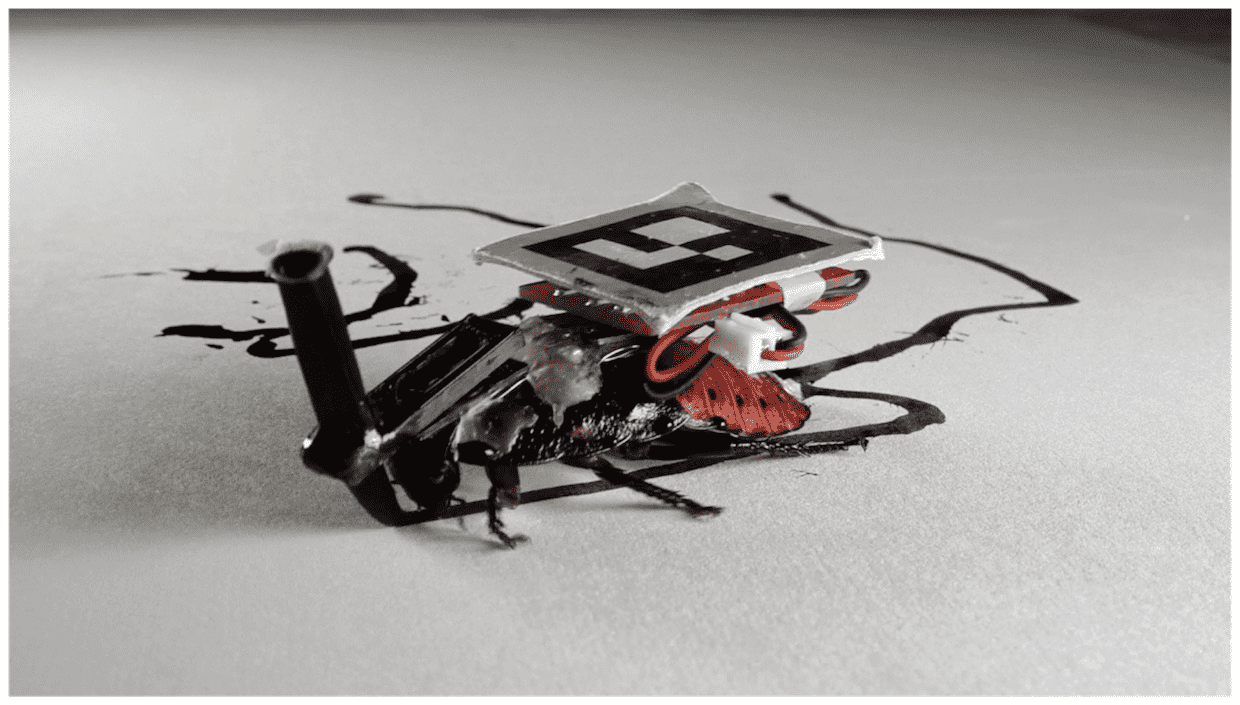 According to IEEE Spectrum, a group of scientists at the University of Tsukuba in Japan is working toward turning 2D computing into 3D computing using robots and cockroaches.

Cockroaches make great cyborgs. First of all, they eat anything, are robust, and love to hide. You can stimulate a left or right antenna and get it to move the opposite direction.

If you add in wireless, camera, and even speakers, you can get a swarm that can cooperate on tasks.

According to the article, they can make displays, transport objects, and draw things. You might think of that Bruce Willis movie with the cockroach IED when you envision futuristic cyborg cockroach swarms.

The upshot is that there is an emerging market for robot swarms. They can and will be used for everything from warfare to art and advertising. The growth in this area — which is just one segment of SC — will be facilitated by technological improvements in artificial intelligence, special recognition sensors like LIDAR, big data, and fast communication between machines.

P.S. In order to thank you for your membership during these difficult COVID times, my publisher Dave Roberts has put together a special discount offer for a lifetime membership to all Energy and Capital products. Look for it the day after Veterans Day.