Computers Are Bitcoin's Only Precedent

Ever since Bitcoin forked, it’s been nothing but good news all around.

Back when we got word that the fork was indeed going to happen, estimates for the biggest cryptocurrencies went crazy!

Analysts called for Bitcoin to reach new highs, and so far, it’s delivered!

Ethereum’s rise was expected, too, though it’s not making those gains due to the laughably named “flippening” as some thought it would.

Even other altcoins, including Litecoin, Ripple, and Ethereum Classic, have been on the rise this week.

But I can’t stress enough just how tenuous these gains are.

Because there’s no precedent for this kind of thing.

Not gold, cash, or even Ethereum’s split even came close to being able to predict Bitcoin’s reaction.

Keep in mind that Ethereum shot above $400 not long ago... and is only now reclaiming prices around $300.

Bitcoin’s balance, too, could shift on a dime.

Investors who can’t keep this risk in check are still flailing blindly though the cryptocurrency craze.

Luckily, you and I aren’t in that perilous situation.

The One Precedent We’ve Got

We know better than to take these unparalleled gains for granted.

And to make sure we keep that perspective at the forefront, here’s the one success story that could indicate the next move for digital currencies.

Back to the age of hair bands, neon everything, and a new industry about to blow everyone out of the water.

The internet was just being developed into the massive, connected behemoth it is today. Computers and connectivity had finally gotten away from the government-controlled ARPANET networks of the ’60s.

Now, anyone with a personal computer could explore the early stages of the World Wide Web as we know it today.

One company benefited from this trend more than any other...

And it wasn’t the one most people were paying attention to.

Even those who did know about this tiny tech company back then thought it was too much of a risk! 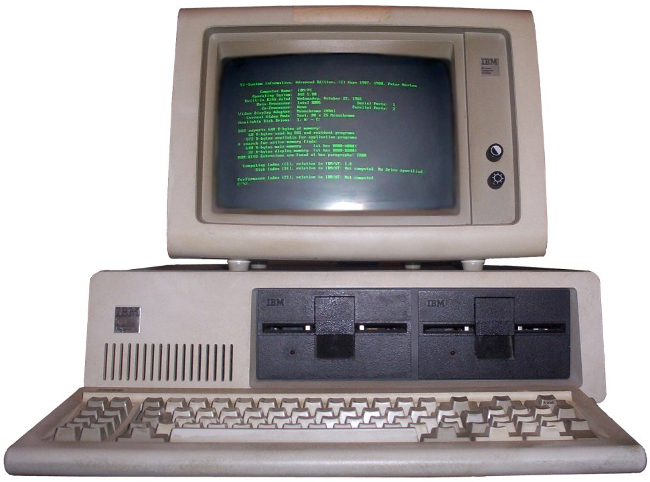 After all, who could have guessed just how big personal computers would be?

Today, the company is one of the biggest, most recognizable names in the computer industry. You have, without a doubt, used its technology before.

And all it does is produce the smallest yet most essential parts of any computerized device: the chips.

Intel Corp. (NASDAQ: INCT) creates these chips for everything from the cell phone you have in your pocket to the industrial-sized data centers that keep your network running.

And, of course, these chips are found in the most popular personal computers. Intel’s core microprocessors are some of the most advanced on the market today and are a major selling point for PC companies selling to an increasingly high-tech consumer market.

That advanced technology has done wonders for Intel’s valuation.

Right now, the company is sitting pretty with a market cap of more than $170 billion, more than double that of many of its competitors.

The stock skyrocketed from just $0.11 at its start to nearly $74 at the height of the dot-com bubble!

Had you invested back when Intel was still a speculative stock, you’d be looking at gains well over 29,000% today.

And all because it produced the “picks and shovels” of the computer age...

I use this example because technology, not currency, is the only precedent we have for what cryptocurrencies are going through today.

After all, at their core, these “coins” are just numbers in a computer.

In fact, “mining” these currencies is a matter of having a computer powerful enough to solve highly complex computer algorithms. The digital gold rush is taking place in mountains of wires as you read this!

Which means the “picks and shovels” of this cryptocurrency boom will be taking off just like they did when the first computers came on the scene.

It’s hard to imagine a bigger market than the one for computers these days. But in the end, they’re just another consumer product.

Yet Bitcoin, Ethereum, and every other cryptocurrency in existence have the potential to be so much more.

Hundreds of thousands of merchants all over the world are already using them in daily transactions.

Banks are adopting them for debt collection.

Bitcoin is even competing with gold as the world’s standard for storing wealth!

And we’re still just scratching the surface here. The idea of a deregulated currency has pull for more than just banks and gold bugs.

As mass adoption of these “coins” spreads, the technology keeping the currencies in circulation will be invaluable to the miners... and to investors.

Today, we’re facing an opportunity even bigger than Intel in the ’80s.

And you can start investing in the meteoric growth of this tiny crypto-technology right here.