Clean or Dirty, Coal is Dead

Amidst the political punches, finger pointing, and general mudslinging hurled back and forth in the last presidential debate, there was a moment that captured my attention.

Donning his glorious red sweater, Ken Bone singlehandedly showed me how delusional desperate politicians can become with an election just four weeks away. His simple question for the two candidates was how their policies would strive to meet energy demands while still protecting the environment and preventing job loss in the fossil fuel industry.

And that's when Trump dropped a bombshell of a line: “Coal will last for a thousand years in this country.”

My ears immediately pricked up the moment Trump uttered these words. I practically did a double-take in my own living room after hearing it, and my jaw nearly hit the floor. 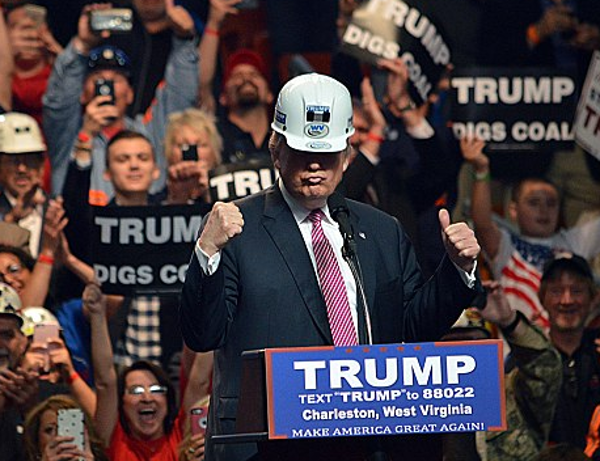 Don’t get me wrong; both sides of the aisle have their own fantasies regarding energy policy.

But the suggestion that the coal industry will reign for a thousands years? There’s really only one response to that...

Laugh. Laugh hard. The kind of gut-wrenching, deep-throated guffaw that makes you forget what you were talking about at the time.

The only thing more ludicrous than that was what he said right before it... and the sooner you recognize it, the sooner you’ll understand who’s going to win our energy race.

“There is a thing called clean coal,” Trump pointed out before his 1,000-year remark.

Okay, you and I both know there’s no such thing as clean coal. The term itself was a result of political propaganda in the 1980s to make the industry seem more popular.

What Trump was referring to was carbon-capture technology (CCS) used to collect carbon-dioxide emissions from a coal plant. The captured CO2 could then be used for things like enhanced oil recovery — an idea that we’ve talked about for years, actually.

I’ve told you from the outset that our transition away from coal wouldn’t be an overnight phenomenon, but could take decades to occur.

Now, nearly a decade later, there’s absolutely no question that the coal industry is in an irreversible death spiral... but it’s not thanks to delayed, over-budgeted CCS projects, or even the usual suspects like solar, wind, or any other environmental uproar.

The Death of the Coal Industry

When I said death spiral, I wasn’t kidding.

And the numbers are about as ugly as you’ll ever see...

The industry as a whole has lost more than 90% of its market value over the last five years. Coal production has plummeted right alongside prices. Since 2011, the United States’ operating coal-fired generating capacity has dropped by 15%.

But again, we saw this coming, didn’t we? 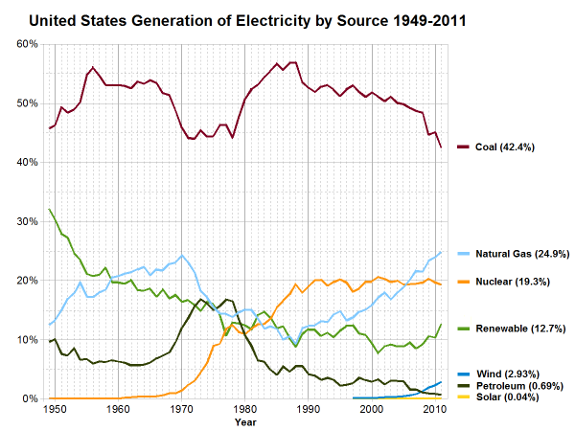 But like I just said, we can assign nearly all of the blame for coal’s demise on the resurgence of natural gas. The shale gas boom is the sole reason the U.S. is producing more natural gas than ever before.

And things are getting worse for the coal industry, not better.

The entire industry is on the ropes, and it’s time to accept the fact that nobody — no, not even Trump — can resurrect the sector.

Last year, coal only accounted for 16% of the United States’ total energy consumption, about 91% of which was used for electrical generation. This demand was a sharp 12% decline over 2014.

You know what happened just as well as I do...

Record production led to a supply glut, which in turn caused the low commodity price environment that we find ourselves in today.

Of course, it was production growth in one play in particular — the Marcellus Shale — that not only lifted U.S. natural gas output, but also disguised the decline in conventional production. Now, natural gas makes up more than one-third of the United States’ electrical generation.

In the coming weeks, we’ll be taking a look at both Clinton and Trump’s energy plans in more detail.

More importantly, I’ll show you exactly how to ride the energy bridge away from coal... clean or not.