China Scores on the Biggest Supply Crunch of the Decade

I hate to be the bearer of bad news, but the war in Ukraine is showing no signs of slowing down.

From what I’ve seen, aside from some of the more brainwashed Russian public, the world is almost unanimously on Ukraine's side.

Regardless, nobody is benefiting from this.

Russia’s economy is falling apart as more and more international businesses pull out.

Even McDonald’s revoked the nation’s brand privileges, forcing a hasty transition to this bizarre doppelganger: 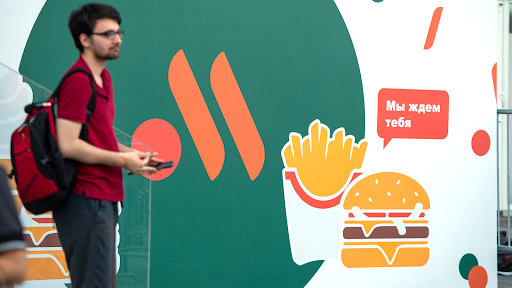 Meanwhile, Gazprom is still raking in massive oil and gas profits thanks to skyrocketing prices. Only Putin and his dwindling number of trusted compatriots are in position to come out ahead here.

If upcoming oil and gas sanctions have their desired effect, Russia could take a major hit. The economic stress could be just enough to stall Putin’s efforts and grind the war to a halt.

But it already might be too late for some of Ukraine’s most lucrative industries. No matter who officially concedes first, neither country will emerge totally victorious.

The only real winner here is China.

This is straight from the CCP’s playbook.

China is notorious for swooping in during times of conflict, making outrageously one-sided deals, and then essentially pillaging a country’s resources for generations to come.

Some of these countries are in enormous debt, often with things like infrastructure or natural resources as collateral. 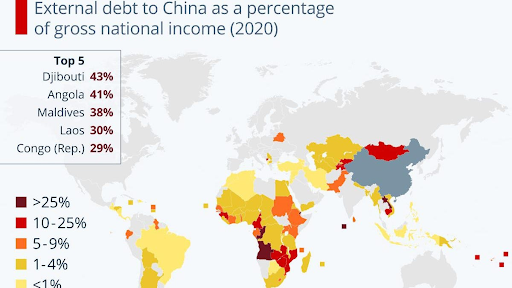 You read that right. A few countries have staked their road systems, power plants, and even a hydroelectric dam against their borrowing to China.

In exchange, the CCP essentially owns these countries. Each individual government would never risk angering its financial overlord.

The Democratic Republic of the Congo (DRC) is one of the world’s largest sources of cobalt, which is needed for a huge range of electronics. Smartphones, batteries, and electric vehicles all require a steady supply.

The DRC currently owes close to 30% of its GDP in debt to China, and something tells me the interest rate isn't competitive.

Now China Is Doing the Same to Ukraine, Without Lifting a Finger

This time, China doesn't have to make any deals with Ukraine directly. All it has to do is continue business as usual and wait for Ukraine’s customers to come running.

An unnamed Chinese official recently told reporters that former customers of one of Ukraine’s biggest industries are flocking to China in droves.

These customers depend on an incredibly valuable material that very few countries can produce.

Ukraine used to churn out around 70% of the world’s total supply.

But here's the thing — it needed Russia’s cooperation to do it.

Now that relations aren't so rosy, Ukraine is currently producing exactly 0% of the world’s supply.

This isn't some luxury item that the world can live without.

If we can’t get enough of this priceless raw material, the entire computing industry will shut down.

Ukraine was previously the No. 1 producer, with China in a distant second place. Now, just about every company on Earth is looking for another source.

If they don’t lock it down in time, they’re SOL.

Our plan is to follow the smart companies. We’ve seen how dangerous it is to depend on a single company — or country — for critical materials.

In this case, we’re following a team that saw the writing on the wall years ago.

Management knew how easily Ukraine’s production could get taken offline, so it made the decision to diversify its supply chain ahead of time.

Very few of its competitors can say the same. If you're looking for a winner to ride out this new wave of inflation, look no further.