China Claims Yet Another Market — Time to Panic Yet?

I could write a new article each day about all the different industries China has swallowed up over the past century.

But if I had to narrow it down, I’d say the material processing and manufacturing sectors are by far the most insidious of its hoard.

China’s dominance of everything from metal ore to battery components gives it an unacceptable level of geopolitical power.

Just ask countries like Pakistan and Angola, which together owe nearly $1 trillion to the Chinese Communist Party (CCP). 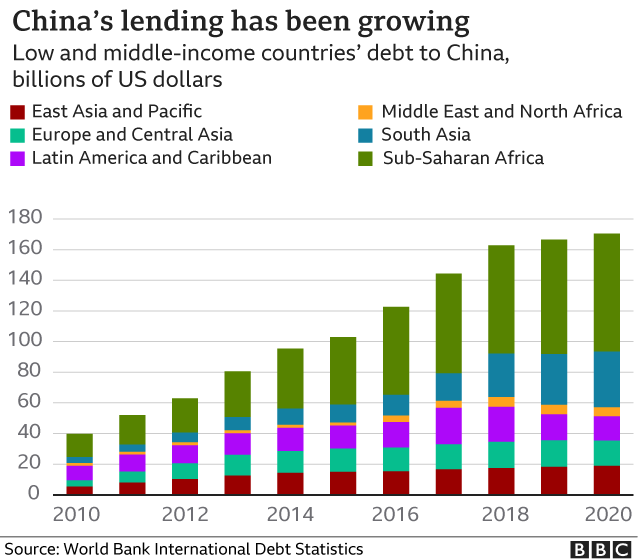 In some cases, these countries end up staking their mineral rights and even basic infrastructure like electrical grids to back these loans.

I'll admit, Chinese loans can help a struggling nation stave off total ruin. But is the cost worth it?

What happens when your leaders make a decision that angers your new overlords?

Half of Europe almost froze this winter just for picking a side against Russia. Now just imagine if Russia outright owned all the power infrastructure in Europe.

No amount of U.S. gas shipments would be enough to save the continent.

Russia and China know one thing: Control and power are synonyms. Controlling something a population can't live without is practically the same as having an inside man in the government.

Energy: The World’s Most Important Commodity

Imagine if the world’s energy reserves vanished overnight. All fossil fuels, solar panels, hydroelectric dams, and so on — gone forever with no hope of return.

The population would implode within days. We simply cannot provide the food and water necessary to sustain our population without a gargantuan amount of power.

China uses more energy than any other single nation. It burns through almost twice as much fuel as the U.S. to keep its seemingly infinite network of factories humming along.

No power means no manufacturing. China’s economy, like the rest of the world’s, would slam to a stop.

Granted, this apocalypse scenario is unlikely to happen in our lifetime. But that doesn't mean energy security is something that can be neglected.

Fossil fuels are quickly falling out of fashion. And although they aren't disappearing this year or the next, most experts agree that the world will be all-renewable by somewhere around 2050 at the latest.

We’re in the early stages of a massive global transition. Coal and oil are giving way to electricity generated by renewable sources. But as we know, not everything can plug into the wall or run on a battery.

Steel, another industry that China controls a whopping 50% of, needs incredibly high heat and pressure. Electricity just doesn't cut it in this case.

With EVs and solar panels dominating so much of the news for the past decade, the media seem to have largely ignored all the industries that are practically immune to electrification.

To keep its precious factories online even in a doomsday scenario, China has been investing in a fuel that is as powerful as it is green.

It can send shipping vessels across the ocean as easily as diesel, and it can heat a blast furnace up to just the right temperature for crude steel.

It’s a miracle of science that we’ve known about for decades but have never had the know-how to harness properly.

Failure to harness hydrogen properly led to the Hindenburg explosion. Then for almost a century, our failure to recognize hydrogen's value left it to languish as a science project.

It has a few fatal flaws, unfortunately. Hydrogen gas corrodes pipes; escapes easily into the atmosphere, causing greenhouse effects; and doesn't pack quite as much power as natural gas.

But hydrogen is a fascinating element. It can easily bond with a carrier to create an “upgraded” liquid fuel.

Think about it — all the power of hydrogen with no obvious drawbacks. It’s the greenest and most energy-dense fuel that has ever been conceived.

If China is working on this technology, it hasn't made it public yet. So far, very few companies have even revealed that they are physically able to make it.

If you’re looking for something to REALLY blow your mind today, you need to keep reading here.

The technology itself is fascinating enough, but the machines used to make it are straight out of a sci-fi movie. And I’m talking about a good one, like Terminator or Blade Runner.