Breaking News: Bitcoin May Not Survive

How to Play the Future of Digital Currencies 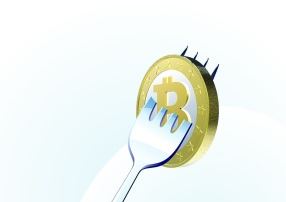 On Tuesday, a small group of miners — programmers who basically operate the Bitcoin network by producing the coins — initiated what’s called a “fork” in programming speak. It split the underlying blockchain into two different paths and essentially created a new digital currency.

The new currency is called Bitcoin Cash. And it’s racing upwards in value. It started the day on Tuesday at around $146. As I type, it’s up as high as $600 according to coinmarketcap.com.

The slow start was likely due to the small number of programmers involved with the split. But as the price continues to rise, so will the number of miners willing to shell out time and resources to create more.

What this all means is that Bitcoin now has a new competitor. And Bitcoin investors have a choice to make. Will they continue to trade the original currency? Will they switch to the new one? Or will they pump money into both?

Your guess to the answers to those questions is as good as mine. So, I’m not here to try and hypothesize on which currency will be the winner.

Bitcoin is the grandfather of digital currency. It’s the oldest and, currently, the most valuable. But as with any original technological advancement, it’s not without its flaws. That’s the reason the Bitcoin universe has been debating a fork. And that’s the reason this most recent one might not be the last.

Let's be honest, Bitcoin has been on a wild ride since its debut back in the late 2000s.

But all good things eventually come to an end...

And right now, the future value of Bitcoin is in limbo. It may continue to go up. It may crash. Nobody really knows.

Just like America Online and Metacrawler, it paved the way for something new and groundbreaking. It proved that the world wants a digital currency. But just like those two former internet behemoths, it’s destined for obsolescence too.

New currencies will be created — whether via forks like on Tuesday or completely new alternative coins (altcoins). And the creators of these currencies will take a lesson from Bitcoin and program out all the flaws from the original.

Thousands of Questions, Only One Answer

So that leaves investors at a crossroads. Which currency will they invest in? Which one is going to be the Google of digital currencies? Just to give you an idea of how tough this guess could be, there are already 1025 digital currencies including the two types of Bitcoin.

With so many questions about the future of digital currencies floating around, investors need a way to profit from whichever one claws its way to the top.

And my colleague, Luke Burgess, has found just such an investment…

Luke’s been involved in gold and precious metals investing for as long as I’ve known him. And both his personal investments and those that he’s recommended to his readers have returned mountains of profits.

So, when he talks about any investment, I’m inclined to listen. And recently, Luke hasn’t been able to stop talking about this new investment he’s found.

It’s like a backdoor into the digital currency market. And what’s best is that it doesn’t matter which currency triumphs. It just matters that digital currencies in general continue to be made.

Thanks to the resounding success of Bitcoin thus far, it’s safe to say that digital currencies are the way of the future. But, as I said, it’s tough to tell which one is going to be the investment that sends your gains skyrocketing.

But the investment Luke’s zeroed in on doesn’t require any of that. You just have to be convinced, as I am, that digital currencies are going to keep coming.

That’s because, no matter what currency emerges, they all must be created somehow. That somehow involves serious computing power. And that power comes in the form of specialized chips built specifically for mining digital currency. Not just for mining Bitcoin, but for mining any currency.

And that’s the beauty of the investment. It’s a pick-and-shovel play on an entire market. It’s not dependent on just one coin’s success. It succeeds no matter which coin wins the race.

Bigger than the Internet

Just think, back in the 1990s, the internet was really starting to take off. And you could have made a ton of cash by investing in some of the internet-based companies that were popping up all over. But you also could have lost big when the Dot Com bubble burst and sent most of their shares spiraling downward to bankruptcy.

Or, you could have invested in a small, little-known company that was making the technology that made the internet work. It was making the chips and processors and gadgets and widgets that kept the internet ticking. And early investors were rewarded with a 67,000% payday! That’s $6.7 million for every $10,000 invested.

The company was called Intel. And it’s still at the epicenter of the internet. And those gains weren’t completely erased when the bubble burst. 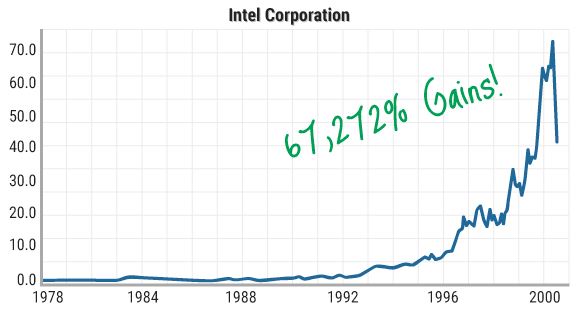 You’ve Got to See It to Believe It

No matter what the future holds for the granddaddy of digital currencies, this investment is going to pay off.

And the best part is that you don’t need any special accounts to get on board. You can invest in it right through your broker.

So, I implore you to take some time and check out Luke’s presentation. I highly recommend the video. It’s got some powerful examples in it. But if you’d prefer, you can read the transcript here.

Either way you do it, you won’t regret hearing what Luke has to say.

It could be the most profitable few minutes of your life!

To investing with integrity (and an eye on the future),