Bitcoin Splits: Can the Cryptocurrency Cope?

Just a week ago, we thought we were in the clear.

The danger had passed, and prices were returning to normal…

But yesterday, it happened anyway. Bitcoin forked into two separate currencies, and that means big changes are on the way.

Prior to the split, Bitcoin was the world’s most well known and widely used cryptocurrency to date. It could be used to buy and sell things online, including other altcoins, and could even be used in select physical stores around the world!

Banks were adopting Bitcoin’s blockchain system to run debt collection transactions. Whole countries wanted the digital currency as a way to send financial support across borders to those in need.

Now, mass adoption of Bitcoin, and all the younger cryptocurrencies by extension, may be delayed as adopters must now decide which coin they want: Bitcoin (BTC) or Bitcoin Cash (BCH).

They are, at their core, essentially the same. The differences will come as the two develop and expand.

Oddly enough, Bitcoin isn’t the first digital currency to go through such a split… 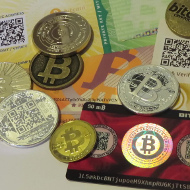 In the case of both currencies, differences in how the developers wanted to continue running the blockchain system caused a schism which resulted in two different coins.

In Ethereum’s case, it was regular Ethereum (ETH) rather than the Classic (ETC) that gained the most momentum after the fork.

Some are already supporting the new coin, and have staked their claim. However, early reports estimate that only a small portion of the Bitcoin ecosystem is in support of the new coin.

Others are adamant that the original system was the way to go, and plan to continue with the adoption of regular Bitcoin anyway.

The world's most popular digital currency trading platform, Coinbase.com, advertised right off the bat that it would not be supporting the purchase or sale of Bitcoin Cash, only regular Bitcoin.

Immediately, customers complained, claiming that Coinbase is outright stealing from them.

In theory, any holders of Bitcoin at the the time of the split were to have their holdings matched in Bitcoin Cash, which would then put the onus on the owners of the coins to decide which coin they wanted to trade with.

Coinbase’s outright refusal to have anything to do with Bitcoin Cash leaves Coinbase users without this option.

Though neither Bitcoin nor Ethereum have shown any lasting reaction to the split just yet, the price of Bitcoin Cash rose nearly 200% in its first day on the market.

To continue reading about Bitcoin Cash, click here to read the CNBC article.