China is taking an interest in hard-rock lithium supplies

China, the world's largest energy importer, is taking a special interest in the lithium mines of Australia, which has the world's third largest lithium reserves. And one Chinese company is offering to buy the majority of spodumene produced in the Mount Marion mine, the second-largest high-grade hard-rock lithium mine in the world.

Jiangxi Ganfeng Lithium (SZSE: 002460) has offered to buy 100% of the refined lithium product from Reed Industrial Materials, a company owned in part by Neometals (ASX: NMT) and Process Minerals International, a subsidiary of Mineral Resources (ASX: MIN). The spodumene will be sold to Ganfeng at a previously agreed-upon price, and Reed will have the option to keep and sell up to 51% of the product if there is an opportunity to sell it at a better rate elsewhere.

Not only is this a clearly profitable trade agreement for both companies, but each went a step further and offered share options. Neometals currently owns 70% of Reed, and Mineral Resources owns the remaining 30%. Under the deal, Ganfeng can acquire 25% of Reed's shares, leaving Neometals with 45%.

Neometals will receive $19.5 million in this transaction, with the chance to gain more if Ganfeng and Mineral Resources opt to buy up to 31.2% more of Reed's shares between them. 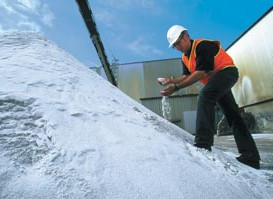 The financial and legal obligations to close this deal lie with Ganfeng, and there is no doubt the company will find this a mutually beneficial deal.

You see, Australia has the third largest lithium reserves, but managed to beat Chile, the country in the number 1 spot, at lithium production last year. Australia became the world's top lithium producer with 13,000 tonnes in 2014, and Mount Marion is expected to add another 5,500 tonnes per year.

Reed is one of only two companies in the world to produce highly-refined lithium hydroxide directly, and has patented its process. It would benefit Ganfeng to own a large portion of this high-grade producer.

And let's not forget the spodumene itself: this kind of hard-rock produces some of the purest lithium available in rock mining, and is an important source of lithium for ceramic work, nuclear power plants, and lithium batteries.

With lithium demand growing, especially in energy-heavy China, demand for this kind of product is here to stay.