When people think of energy investing, they first think of oil and the big dogs in the industry, like Exxon Mobil (NYSE: XOM) or BP (NYSE: BP). But what you may not know is that coal, though it may not be sexy, is one of the best energy investment vehicles in the world.

Over the past 10 to 15 years, you could have made your fortune on lowly coal investments.

Today, due to the false idea that “coal is dead,” you get another chance.

Hit for the Cycle

If there is one thing we know about coal, it's that it is cyclical. The buy low/sell high mantra works time and time again. Furthermore, coal is a basic commodity. Not only is it simple to understand, but also you can drop it on your foot. In this way, it cannot be devalued through printing money.

The International Energy Agency (IEA) predicts that coal will surpass oil as the world's most popular fuel source by 2020.

Coal has a long and vibrant history. It was sought out by Romans as early as the 2nd century AD and was used to heat baths and villas, as well as for smelting iron. Coal had been stored by the Romans at Hadrian's Wall.

There are written records that show coal was traded in the UK during the Middle Ages. As early as 1228, sea coal from the northeast was being taken to London. In 1575, Sir George Bruce of Culross, Scotland, opened the first coal mine from a moat pit on the Firth of Forth.

Most people know coal stoked the fires of the industrial revolution. Its availability as a cheap energy source was as important as the technological advances in steam engines. What you may not know is that coal is just as important today.

Many investors in North America and Europe think coal is the energy of the past. It is dirty and a major contributor to greenhouse gas emissions. Therefore, in the “developed” countries, coal is a bad word.

People point to the coal ash and other by-products as dangerous pollutants, and rightly so. They look at the dangers of mining in places like West Virginia and the cave-ins in China and place heavy regulations on the industry. But as every good investor knows, for every problem, there is a profitable solution.

Despite what you may have heard in the press, coal is growing both in production and in use. Coal provides 30.3% of global primary energy needs and generates 42% of the world's electricity. It is the fastest-growing source of energy in the world.

As such, it cannot be ignored by any energy investor. In fact, because it is so despised, it offers one of the highest possibilities of investment profits.

Coal, oil, and every other commodity run in business cycles. When times are booming, companies expand and use more energy. Feed stock assets like coal, iron, and silver go up as demand increases. When there is a cyclical bust and times are bad, companies cut back. They shutter factories and fire people. During these times, the cost of commodities like coal drops. When coal goes down in price, mines close and supply shrinks.

This, in turn, leads to booms. When commodities are cheap, business margins increase, and companies get confident and start to expand. Expansion creates demand, which creates higher prices. Higher prices mean coal mines that were unprofitable during the bust are reopened. More supply feeds the boom until eventually there is a bust and it starts all over again.

In 1998, there was a massive currency and debt crisis in emerging markets called the “Asian Contagion.” This bust created a drop in commodity demand. Two years later, in 2000, the dot-com bust hit the rest of the world. This was a cyclical bottom in commodities including coal.

I remember at the time you could by coal companies for less than the cash they had in the bank. No one wanted them. I was literally laughed at for buying coal. That's when you know you are right.

From 2000 to 2008, we had what was termed the “Commodity Supercycle.” China was growing at a 10% to 12% annual rate. And as such, it was buying every commodity including coal to feed its raw material needs. Coal, uranium, oil, and every other commodity hit all-time highs.

In 2009 there was a banking crisis that led to the “Great Recession.” A lot of money was invested by hedge fund managers on margin in coal. These fund managers were chasing the supercycle dream on heavy margin and got caught in the banking crisis. They got hit with margin calls and had to sell. And so they did, fast and hard. Some 6,000 hedge funds went out of business. With no buyers, coal prices fell and fell and fell.

Here we are 10 years later, and the economy is booming.

But coal mines have shut down. The price of coal in places like the Northern Appalachian Basin has fallen from $150 a ton to $76 a ton. Global coal production has fallen around the world until just recently... 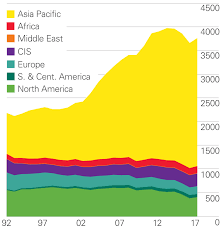 Chinese coking coal futures climbed to their highest in more than a year on Wednesday. China has ditched a blanket curtailment of production by industrial plants this winter.

Meanwhile, in India, The Hindu BusinessLine is reporting that 121 out of 123 power plants have less than five days' worth of coal in stock. This is being blamed on new power generation, which has grown 7% a year.

The fact is that both China (65%) and India (75%) are hugely dependent upon coal-based electricity, which will be needed in even bigger quantities to lift their low standard of living.

You now have an investor's dream. Coal companies are undervalued because Wall Street has believed the lie that “coal is dead.” Not only that, but there is a production shortage and a demand boom.

I’ve found a number of coal exporters that are paying huge 5–13% dividends and have earnings growth and money in the bank. One stock has a P/E of 6 and quarterly earnings growth of 47%! That’s absurd. It would have to go up 1,000% to return to fair value.

I’m putting my final touches on a free report that will be out on October 30. Keep a lookout for it. If you are looking for a sector in which to hide out for the coming correction, you’ve found it.