This incredible supermetal was only identified after geologists found samples inside a crater in the 1980s.

It rocked the scientific community at the time. The material had a crystal structure that defied all logic. 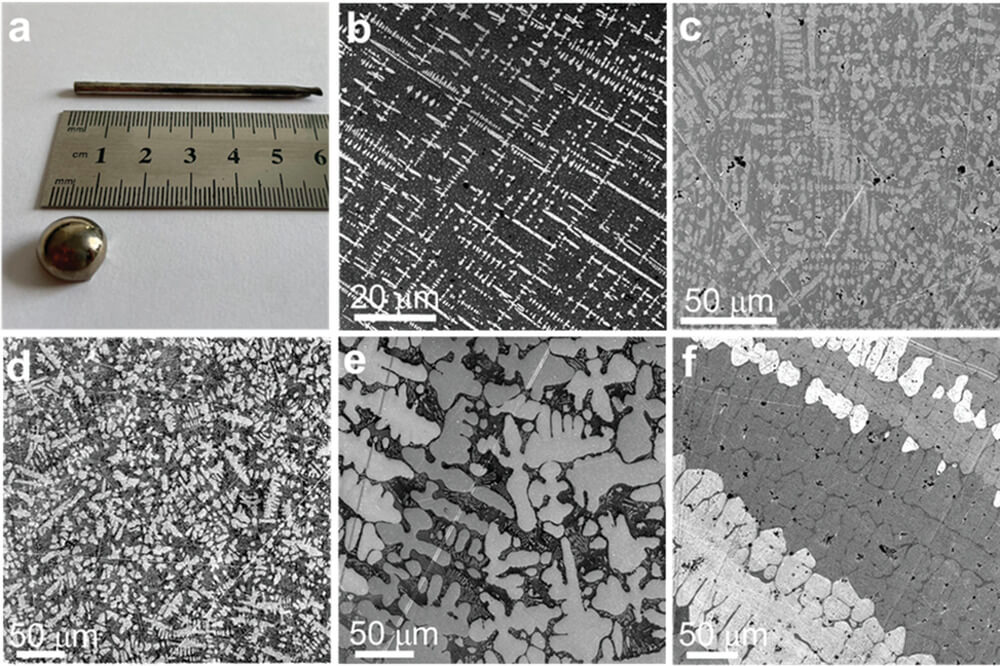 Thanks to its otherworldly alignment of atoms, tetrataenite is capable of creating an almost perfect magnet.

It might not sound like the most thrilling use case for something that traveled from the far reaches of the universe, but engineers are practically drooling over it.

Back in the 1980s, Samarium-cobalt magnets were the norm. They relied on expensive materials and a complex manufacturing process.

Neodymium magnets were discovered in 1982. They were cheaper, easier to source, and more powerful than their predecessor.

But in reality, they’re still nothing compared with tetrataenite.

The market for permanent magnets is massive. They’re in everything — I can count five in my office right now. Computer hard drives, speakers, televisions, just about every electric motor…

The list is endless. Analysts are predicting the total market for permanent magnets will reach about $30 billion per year by 2026.

That might be the biggest lowball estimate I’ve ever heard.

Magnets Are the Next Big Supply Crunch

Electric vehicles (EVs) are powered by enormous electric motors. Every single one of them needs between 3 and 5 pounds of magnets.

The EV takeover is coming, whether gasoline diehards like myself like it or not. When millions of EVs are coming off the line every year, that means millions of pounds of magnets.

Neodymium is the current metal of choice. It forms the strongest commercially available magnet we have today.

If you've never handled a neodymium magnet in person, it’s a surreal experience. They're unbelievably powerful and can even be dangerous if you're not careful.

A YouTube page recently posted a video demonstration that speaks for itself. The apple got flung away relatively unscathed, but the magnets shattered each other after traveling mere inches. 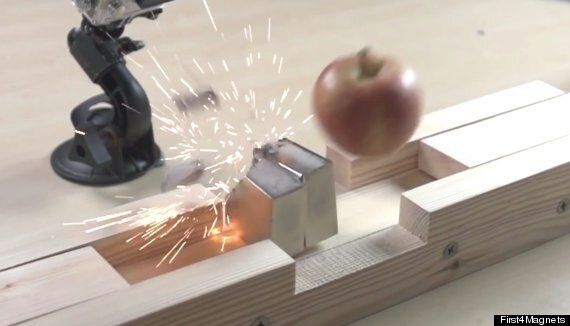 Yikes. Imagine getting your hand caught in there.

In reality, that power is critical. Many of these magnets deal with power transfer. Electric motors turn current into motion while electric turbines operate in reverse, using magnets to turn motion into electricity.

Every extra gram decreases the efficiency of these machines. The impressive power of neodymium means smaller magnets can pack more punch without weighing the system down.

It also means the industry is racing to the bottom. Engineers won't rest until they’ve built nature’s perfect magnet.

A Brand-New Industry Was Just Created

Tetrataenite magnets were a pipe dream when we thought their only source was meteoroids. We’re not exactly ready to start space mining yet.

But thanks to a new discovery from the University of Cambridge, mass production of tetrataenite is on the horizon.

At first, scientists thought the only way to create this curious material was by slowly cooling iron and nickel atoms over millions of years.

This team of researchers managed to replicate those same fiery conditions using some clever chemistry. Their discovery could soon replace neodymium and snatch away the entire $30 billion market.

China controls the vast majority of neodymium, along with most other rare earth metals. However, it has some major competition coming — and not just from tetrataenite.

The world is getting sick of global monopolies. Letting China control critical industries is like giving the CCP a board seat to the U.S. government.

While tetrataenite magnets slowly evolve from the lab to commercial viability, we recommend investing in companies that fight back against China’s industry dominance.

This small U.S.-based team is establishing a domestic mining operation that will steal some of China's nearly 90% market share overnight.

If China decides to play Biden’s game and start cutting off our supply, this small team will instantly get a massive boost.

It could become the most important industry in the U.S.