Microsoft, Exxon, Facebook, Apple, Kleenex, Walmart, Tyson, Keebler … They dress us, feed us, fuel us, pamper us and bury us in technology—but there is a long list of massive companies out there filling in the gaps, and despite their billions in revenues, chances are you’ve never heard of them unless you are one of the thousands of employees who work for them.

Distributors fall into obscurity despite their multi-billion-dollar businesses, overshadowed by ‘brands’. Likewise, when we dine out, we think of brand rather than source, or when we forget how many middlemen it takes to make and bring a product to mass market.

Or they may just seem obscure because they’re not American.

Here are 10 huge companies turning over billions—and sometimes trillions—in revenues on the quiet: 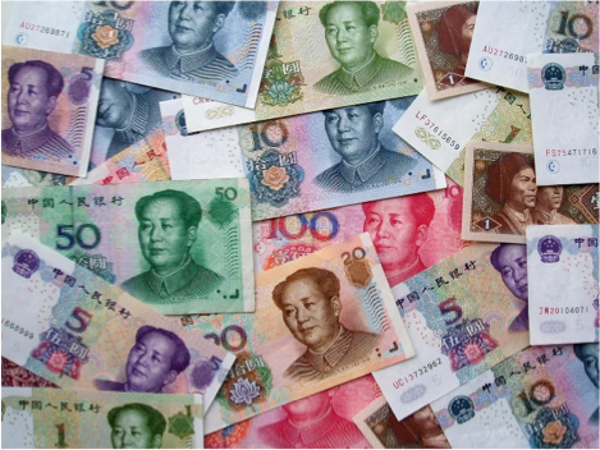 Right. Unless you’re deep into banking—in China—it’s likely you’ve never heard of the Industrial and Commercial Bank of China (ICBC). But it claims the No. 1 spot on Forbes’ 2016 Global 2000 list.

The next three spots on Forbes’ Global 2000 list are also Chinese monster companies (banking, construction and agriculture), and plenty of others are also Chinese, and you aren’t likely to have heard of many of them even though they’re dominating the global economy.

You might have heard the name Cargill before, but most will be hard-pressed to pinpoint exactly why, or in what context. But you might want to familiarize yourself with what is the largest privately owned company in the entire United States. 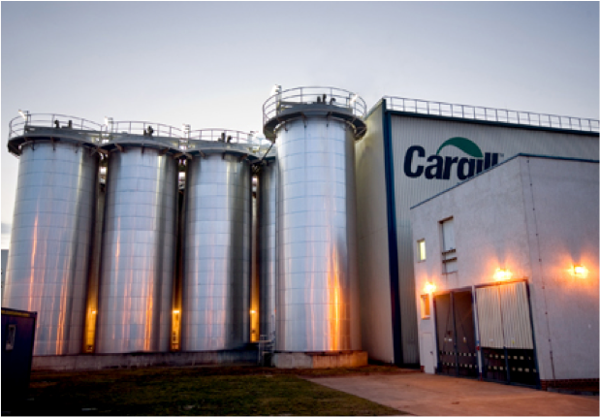 If you still can’t pinpoint the business, Cargill is responsible for 25 percent of all U.S. grain exports, and it has 22 percent of the U.S. domestic meat market cornered as well.

So the next time you sit down to dinner, think Cargill and the billionaires that make up this family.

Cargill has minted 14 billionaires among its family members so far, and the family maintains an 88 percent interest in the company. It’s consistently resisted pressure to go public.

If you had to list the biggest auto-makers you could think of around the world, Tata Motors would likely be left off, even though the reality is quite the opposite. In fact, Tata had $40 billion in revenue in 2016, and ranks 226 on the Fortune Global 500 list. 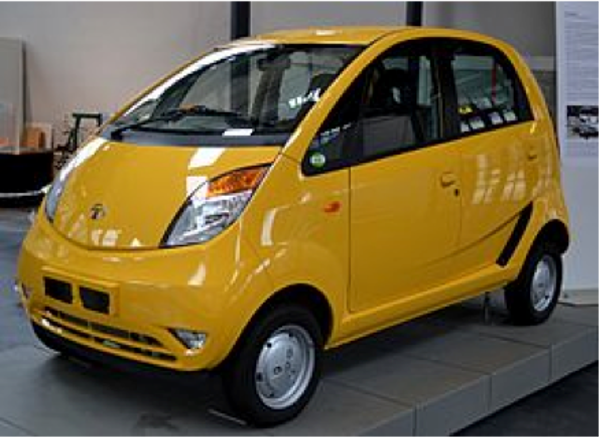 For those (largely in India) who have ever heard of the company, it’s best known for manufacturing the cheapest car in the world—the Tata Nano, which carries a brand new price tag of only $1,500. It’s also India’s largest car-maker.

But you might also be surprised to learn that in 2008, Tata got a luxurious boost when it bought Jaguar Land Rover from Ford.

This company—long known at home for the cheap Nano—is under pressure in India to step it up a notch and get a bit more upmarket to cater to the growing Indian middle class.

McKesson isn’t a household name, but it should be given the penchant Americans have for pharmaceuticals. This company—the 5th on the Fortune 500 list—distributes about one-third of all prescription drugs in the U.S.

That earned it revenue in 2016 of $190 billion. But no one pays attention to the distributors—only the brand names, and it doesn’t get much bigger than McKesson when it comes to doling out those prized drugs.

Not only is it the oldest healthcare company in the U.S., but it’s also the largest at the end of the day, distributing medical supplies and medical communication technology.

Of all of these companies, nothing is more engrained in your everyday life than McKesson, which sits back quietly in anonymity, raking in the cash.

Founded in 1997 in Louisville, Kentucky, Yum! Brands has a market cap of about $22.6 billion, and you’ve definitely heard of their predecessor. You’ve probably enjoyed their services countless times without knowing who was behind it.

Yum! Brands is the owner/operator of the largest restaurant company by chain brands in the world, with more than 37,000 restaurants in more than 110 countries and territories. And they are all high-profile places, from Taco Bell and KFC to Pizza Hut and Long John Silver’s. You might have thought they were all owned by PepsiCo, and they were at one time. In the 1990s, the chains were spun off under Tricon Global Restaurants before being changed to Yum! Brands, Inc.

Facility management and institutional food services is a huge, under-the-radar market, and unless you’re dining in a hospital, grabbing a quick bite at a university canteen or behind bars (where you are likely to be thinking of more pressing issues), you probably won’t have heard of Philadelphia-founded Aramark, which has been around since the mid-70s.

With a $9.1-billion market cap, Aramark provides facility management, food services, and more to various institutions, including businesses, hospitals, universities, sports and entertainment facilities, and convention centers. One of its most interesting segments is correctional services, where it provides over 1 million meals a day for over 600 prisons.

If you’re into commodities, here’s one you might benefit from thinking about a bit. INTL Fcstone—a name that is hard to pronounce, let alone remember—was a $15-billion-revenue company last year.

What does it do? Something most don’t even consider as part of commodities trading: The company acts as the clearing house, and executor, of trades on the commodity and stock markets—globally. It’s a huge role in a huge business, but dramatically overlooked.

In 2012, the company recorded $66 billion in revenue because commodities were hotter than hot then. For 2016, its revenue was closer to $15 billion because commodities took a nose dive, but INTL Fcstone is also doing a ton of business because it holds the keys. 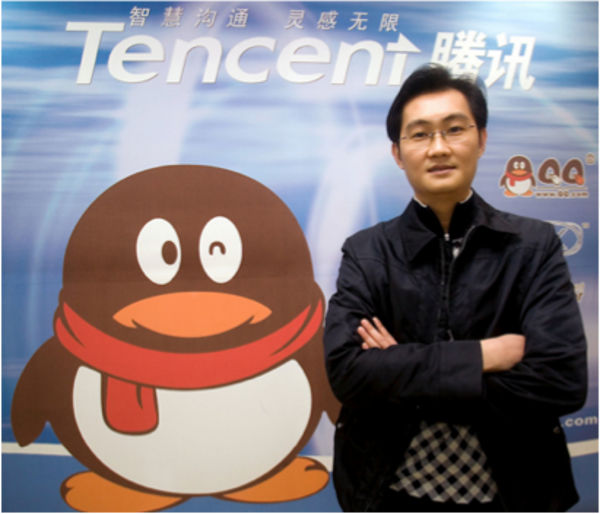 You would think you’d heard of a company with over a $200-billion market cap that rivals Amazon, Google and Alibaba. If you haven’t, that’s because you’re not in China.

Tencent is the brainchild of Ma ‘Pony’ Huateng, the third wealthiest man in China. The company has its hands in everything from media and smartphones to entertainment and advertising.

Late last year, it earned the status of most valuable company in Asia, from Forbes, and one of the top 10 companies in the world in terms of market cap. In September 2016, it was valued at a whopping $255 billion.

Well, the name gives this one away, but we’re pretty sure you don’t think of the money behind every elevator ride you take. It’s another segment taken for granted a billion times a day. 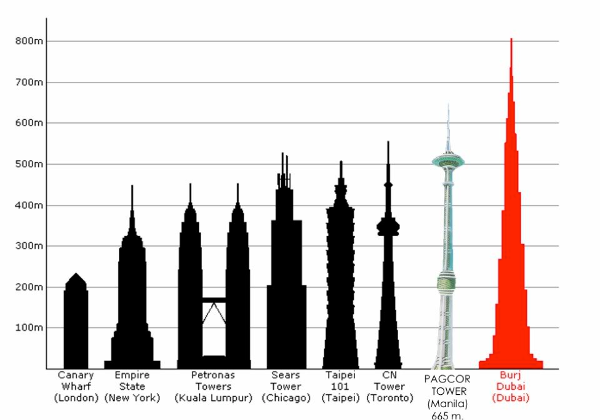 Still, Otis is quietly raking in billions in revenue every year as the U.S. company maintains its status as world leader in the manufacture, maintenance and service of elevators and moving walkways. Globally, Otis controls 22 percent of the elevator market.

You also might now know that Otis is a smaller subsidiary of another huge company that also flies below the radar: United Technologies, which works in the aerospace industry with a market cap over $100 billion. 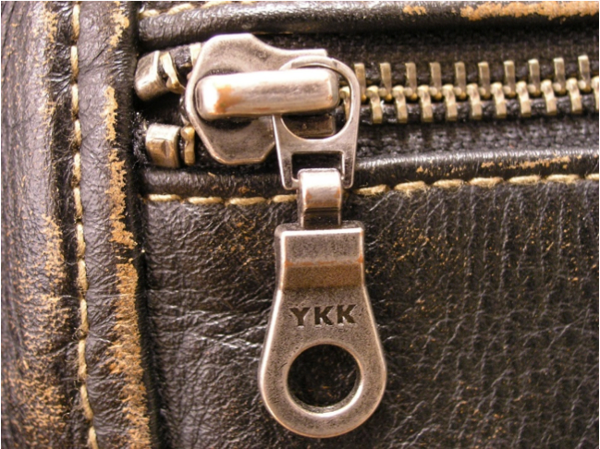 You’ve seen it so many times, that enigmatic ‘YKK’ as you zip up your coat, pull on your jeans—you name it. Forever, this has been code for the global zipper, and the Japanese company, has long been the leader.

While zippers might seem like a random and inconsequential market segment, it’s simply not so. By 2020, projections are that the zipper market alone will be worth nearly $14 billion. And YKK does quite a lot more: every kind of fastener you can think of, YKK makes—from hooks and loops to snaps and buttons.

With Chinese competition heating up, though, YKK is trying to step out of anonymity and obscurity and ramp up the advertising to give brand recognition to the zippers we’ve been pulling up for as long as we can remember.

Right now, all of these companies thrive despite their anonymity, but—like YKK—if competition starts to endanger obscure segments they’ve controlled from the sidelines for decades, we might see a new set of commercial breaks in the future.