You may not notice it, but the world around you is changing drastically.

Earlier this year, for the first time ever, New York City’s beloved Empire State Building became a smart-energy skyscraper that is now 100% powered by wind.

Last summer in Chattanooga, city officials completed the installation of its Ultra Smart Streetlight system, created by Global Green Lighting. The system uses a technology called the FlexNet lighting control system to monitor and control 350 energy-efficient LED fixtures along a 35-mile grid. The new system promises to provide a safer environment for residents walking at night while also reducing the city's carbon footprint.

As reported by Mashable, Don Lepard, the president of Global Green Lighting, states:

In Denver, Panasonic is teaming up with city planners to build Peña Station NEXT — "a 400-acre, transit-oriented development destined to become America’s next great smart, sustainable mixed-use community," according to the project press release.

In short, the goal is seamless mobility and sustainability. 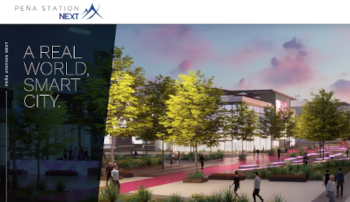 In Belmont, Arizona, a handful of investors are planning a “built-from-scratch” smart city west of Phoenix. The proposed 24,800-acre city will include 80,000 “smart” homes, 3,400 acres of commercial space, and nearly 500 acres dedicated for schools. City developers also hope it will become a major hub for autonomous innovations.

And the U.S. isn’t the only place where cities and towns are changing. Europe and Asia are making impressive strides in smart-city design as well.

Amsterdam, the Netherlands' capital city, was one of the earliest adopters of smart-city initiatives. In 2016, the city won the European Capital of Innovation Award. In 2017, the Netherlands ranked third in the Global Innovation Index.

Moreover, London, Milan, Lisbon, Bordeaux, Burgas, and Warsaw are also helping lead the way in smart-city development. The joint Sharing Cities program is a major international smart-cities project that addresses some of the most pressing urban challenges cities face today. This includes energy use, carbon emissions, and data management projects. The fellowship brings together 34 partners from across government, industry, and academia to create harmonious solutions.

Not to be outdone, China has over 200 smart-city projects already in various stages of planning and development. Singapore is another nation investing heavily in smart-city technology.

Most recently, Toyota Motor Corporation announced it has started construction on a 175-acre smart city at the base of Japan's Mount Fuji, roughly 60 miles outside Tokyo.

Toyota’s  "Woven City" is expected to function as a testing ground for technologies like robotics, smart homes, and artificial intelligence. A starting population of about 360 inventors, senior citizens, and young families will test and develop new smart-city technologies. 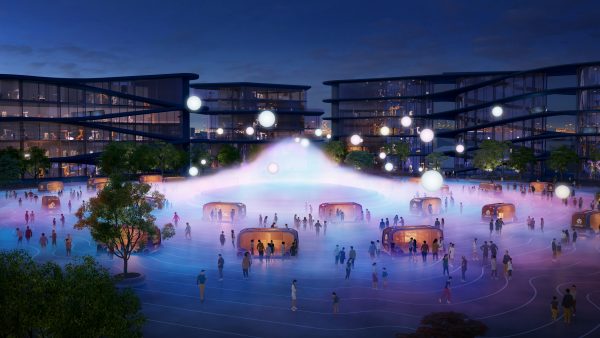 Toyota describes the city as a "living laboratory."

The eventual plan is for the city to house a population of more than 2,000 Toyota employees and their families, retired couples, entrepreneurs, and scientists.

Danish architect Bjarke Ingels, designer of Google's headquarters in California, is tasked with planning the layout of the city. In describing its plans, Toyota states streets in Woven City will be designated for three types of use — one for self-driving vehicles, one for personal transporters like bikes, and one for pedestrians only. To minimize the carbon footprint, homes will be built from wood and use sensor-based AI to monitor for emergencies and the occupants’ general well-being. Construction on the city began last month.

Most importantly, there’s a flood of investment capital moving into this industry and the ones making smart cities happen. And these will offer early movers fantastic returns as smart cities move into the mainstream.

How to Cash in on the Smart City Trend

There are numerous factors driving this growth, such as government initiatives for overpopulation and urbanization, resource management, etc. With the emergence of AI, IoT, 5G, and other technologies, we’re now seeing an uptick in smart-city development across the globe.

At least $3.7 trillion per year in infrastructure investment will be needed from now until 2035 to support the expected growth of these cities, according to McKinsey data.

That’s a lot of money to spread around and as you would expect, the world’s leading tech investors are already claiming their stakes in this new, highly profitable space.

Coincidence? I think not...

Peter Thiel is also a smart-city investor. The well-known tech visionary is a major backer of the Seasteading Institute, a nonprofit looking to build smart cities in French Polynesia.

And, of course, Elon Musk has his hand in the cookie jar too.

The eccentric billionaire is already developing a smart city outside of Melbourne, Australia. The new city will feature futuristic homes with rooftop solar systems, battery storage units, and electric charging ports for EVs.

Of course, building our own smart cities for the chance at ridiculous profits like Bill Gates, Peter Thiel, and Elon Musk is out of the question for normal folks like us.

But that doesn’t mean we can't still be first movers on this trend and pull in huge gains like they will.

Behind every new smart city that will ever be created is one underlying technology — and it’s this technology that will allow you to score massive returns on disruptive trends like smart cities.

The best part is you can invest in the one technology that makes all this possible right now. Click here to see how.