A Background and Primer for Water Investments

There is no more water on the Earth today than there was hundreds of millions of years ago.  There is no less either.  We can't make it or destroy it. 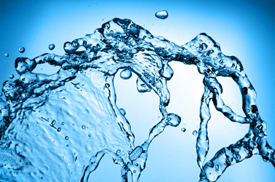 And while our planet may be over 70% covered with water, less than 3% of it is freshwater — the stuff we need to survive.

Of that tiny 3%, most of it is perpetually tied up as atmospheric moisture or as frozen saturated soil (permafrost) that we can never use.  Put another way, if all the world's water were in a one-gallon jug, fresh water wouldn't account for even a teaspoon of it!

So if the amount of water has remained the same since the beginning of time, what's the problem?

The simple answer: us.

Or, more specifically, the amount of us — and what we've done to our water supply over the last few hundred years.

You see, water was first formed about 4.5 billion years ago.  We've been around for only 60,000 years.  But in that time, our population has exploded.

And we've done it rather quickly.  It took us all of history to break the 1 billion population barrier at the beginning of the 19th century.  Since then, the world's population has grown exponentially to over 7.5 billion.  We now add about 250 people every 60 seconds.

That amount of people, coupled with expanding industry, pollution, and the associated problems have led to a Malthusian scenario — to say the least.

If nothing is done, by 2025 half of the world's population will be water stressed due to greater demands on freshwater resources by burgeoning human populations... the diminishing quality of existing water resources because of pollution... and the additional requirements of servicing our industrial and agricultural growth.

That's less than eight years away... But lucrative investments in water are already being created today.

The Grim Details: How Demand is Already Severely Outpacing Supply

The world uses more than 9087 billion cubic meters of water every year. 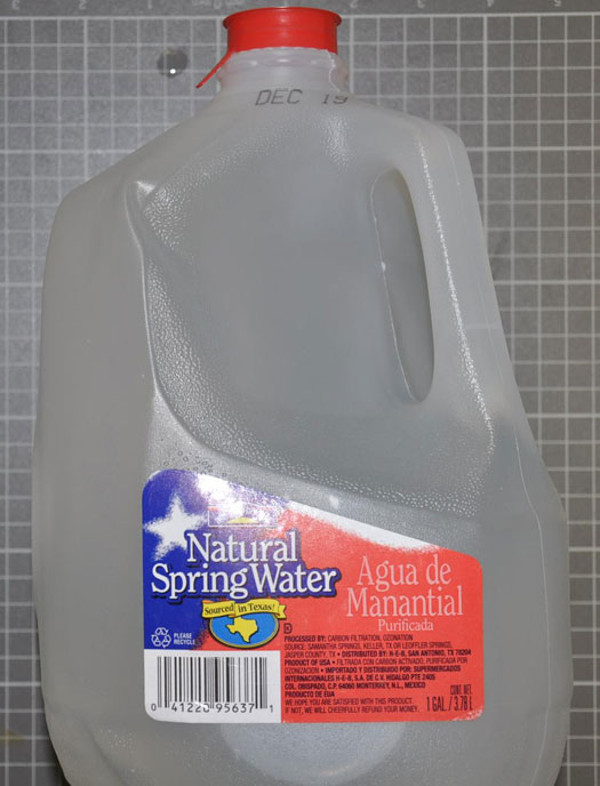 That's trillions of gallons of water per year. Millions per second. To put that in perspective, we use 41,000 gallons of oil every second.

But this is only half of what we should be using.

That brings the minimum accepted per capita water requirement to 766.5 cubic meters.

So with about 7.5 billion people on the planet, we should be using nearly 5.748 trillion cubic meters of water per year — minimum.

Yet this is simply not the case. Worldwide, more than 1 in 10 people don't have access to any form of safe water for daily use. Meanwhile, countries with improved water sources use it in abundance — and to a fault. 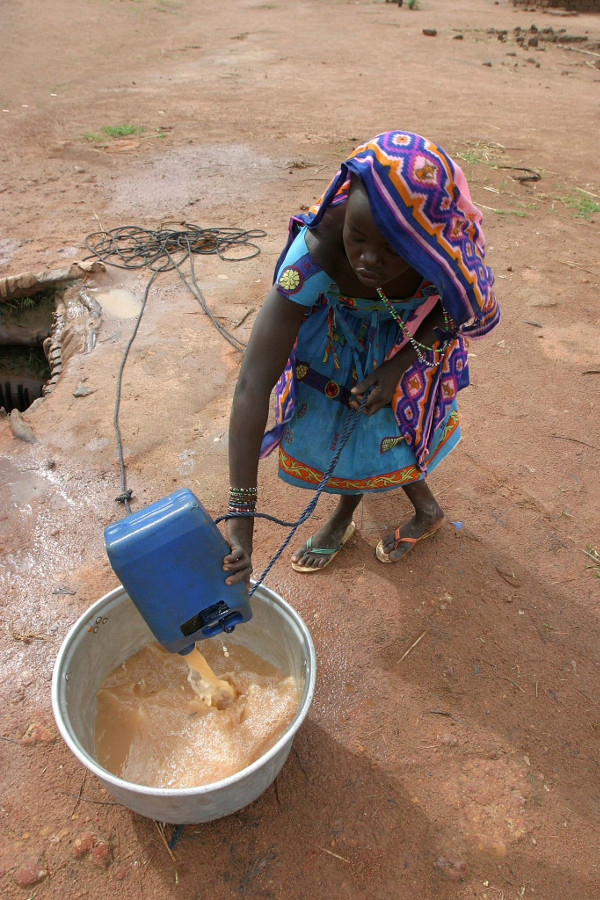 These numbers paint a pretty grim picture.  Places like North America are exceeding the minimum per person requirement by over two thirds, while areas in South America and Africa aren't even close.

CBS News estimates that by 2050 — just over 30 years from now, over 50 nations will be in some kind of conflict over water supply.

So what are we going to do about it?

Unlike with oil, no technological innovation can ever replace water. So, the way I see it, there are two ways to capitalize on the water-supply market.

The first — and most obvious — is to invest in water through utilities. And this might not be a bad way to go.

In fact, in any random five-year period during the last 25 years, water utilities outperformed all other leading industry groups on a total return basis.

But it gets even better. You see, only about 16% of water utilities are publicly traded, with 84% still owned by state and local governments. And that 84% is currently facing vast expenditures to expand their crumbling infrastructure so they can keep up with rising demand.

In the U.S. alone there are serious problems with collapsed storm sewers, storm and wastewater runoff, and an estimated 20% loss from leakage in drinking water systems.

We have 1.2 million miles of water pipes in the U.S. Some of those were installed before the Civil War. And we know from the Flint Michigan water crisis that even those pipes that were installed after that time can be full of lead and other dangerous toxins. 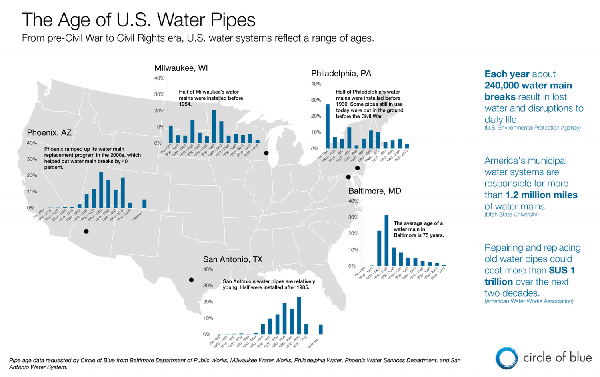 Just this single piece of data implies that nearly the entire water pipeline system in the U.S. will soon have to be replaced.

To overcome these obstacles, an investment upwards of $1 trillion will need to be made in the next 25 years. Globally, that number could rise to a whopping $25 trillion.

This money would go to overhauling the water and wastewater infrastructure, as well as to increased operations and maintenance costs, and would result in increased efficiency due to non-leaking pipes, upgraded facilities, and the installation of new technology.

To date, water and sewer bills, taxes, and private business foot the cost for most of the funds needed to build, operate, and maintain water and wastewater systems.

But those sources alone are not meeting the total current amount needed, let alone the increase that will be needed in coming years.

To meet future funding requirements, private firms in the industry will have to play a key role.  The pressure of a competitive market, coupled with the introduction of new technology, will help ease the pain of an emerging funding gap.

With the amount of money that has to come to this sector, water investment opportunities will surely abound.

And with demand for water constantly rising, you can bet those now publicly-traded companies will be charging a premium for their services.

I'd be looking at all major water utilities as an investment vehicle.  Not only will their services be appreciating, but most of them pay handsome dividends as well.

And if the demand for water continues to rise at its current pace, utilities aren't the only ones that stand to make some money.  So will companies that have come to be known as the "water works" — companies that design and manufacture specialized parts, monitoring devices, and wastewater recycling technology.

You see, if water utilities are going to continue to provide fresh water, they will need more than a little help from these specialized companies.

Without those solutions — and the companies that provide them — water utilities would be hung out to dry. The two are inextricably connected.

These companies are going to make money because no matter how much it costs, there's no substitute for water — period. The laws of supply and demand don't apply here. Only demand rises.

Worth Its Weight in Salt

Desalination technology, among others, will play a huge role in helping to avoid the coming water crisis.  But, as of yet, desalination is not cost-competitive with other tactics such as water importation — though the price has declined 60% in the last 15 years, and continues to do so.

Desalinating one acre-foot (326,000 gallons) can cost more than to $1200, while importing that same amount costs about $800. In the near future, these price points will intersect, making it more economically viable to use this desalination. When that happens, we'll see investment in desalination grow much faster than it already is.

To date, there are already nearly 18,426 desalination facilities in 150 countries worldwide, with a capacity of 22.9 billion gallons daily, or about 8.36 trillion gallons annually.

And while that may sound impressive, 8.36 trillion gallons is only 1.44% of world demand!

300 million people already rely on desalination... and as supply drops, that number is only going to get bigger.

Plus, just looking at the U.S., this truly is a young industry with plenty of investment opportunity.  There will be many more sites being built and coming online, especially in water-scarce coastal regions like California and Florida.

We've given you a lot of facts and figures in the report... But really, the end result is simple: Every one of the 7.5 billion people on the earth need water. No just to live well... but to survive.

And we're running out of it.

That's why water investments are going to be so vital (and profitable) in the coming years.

Use this page as your #1 water resource for keeping up to date on the industry and its constantly changing investment landscape.

We guarantee, you won't be sorry.