Everybody loves an underdog.

I realize it might be hard for you to think of the Bakken as an underdog, but before the oil boom in the United States ramped up, the Bakken had largely abandoned by the oil industry.

Sure, we saw a healthy bump at the turn of the century, thanks to the Elm Coulee oil field in eastern Montana — but the real fireworks didn't start until 2008.

Fast-forward to today, and one out of every ten barrels produced in the United States is pumped out of the Williston Basin.

There are several unconventional plays growing in popularity, but there's only one area that offers us the best bang for our buck. And that's why I'd like to talk a little about the Cannonball River in North Dakota...

In 1912 a geology student named W.T. Thom, Jr. was walking near the creek bed of the Cannonball when he came across a coral discovery, prompting him to believe the area was once a seabed.

This area became known as the Williston Basin, named for the nearby town of Williston.

The first wildcat well was drilled in North Dakota just four years later. (Believe it or not, it took them four years to drill to a depth of 2,107 feet — and they didn't even hit oil. Technology has certainly changed in the years since, and today a company can drill over 15,000 feet in under a month.) 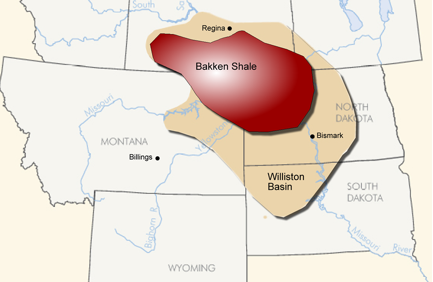 As I'm sure you're aware, the Williston Basin is also home to the now-famous Bakken Formation.

I mentioned earlier that the Bakken was largely abandoned by oil companies. This was due to a string of failures to commercially produce oil. In fact, companies only drilled into the Bakken as a last-ditch effort to squeeze any drop they could to recover losses.

Make no mistake; the quantity of oil in the play has never been in question. Geologists have known there's a sizable amount of oil locked underground since the 1950s.

But until companies finally started combining horizontal drilling techniques with hydraulic fracturing completion technology, there was no real way to effectively produce it...

Back in September 2013, oil production from the Williston Basin topped 800,000 barrels per day for the first time (granted, 90% of that oil came from North Dakota's portion of the Bakken Formation, but it's a record nonetheless):

Ever since 2008 — when the USGS put out its Bakken reassessment — has there been any doubt the exploration and production companies receive most of the media coverage?

After all, they're the ones that make the headlines and put out the big drilling results that get investors excited. They're also the ones being targeted by major oil companies that arrived late to the party...

During the first few years of this oil boom, investors have only taken advantage of this one group of Bakken players. For what it's worth, they're still delivering: Continental Resources is trading just shy of its 52-week high after a strong three-month run.

But it's not this class of Bakken drillers that's gaining attention by the day.

I've been saying for years that there's one last obstacle to overcome in the Williston Basin. Following the wild success that producers are experiencing, we can now take the next logical investment step...

Within the next few years, production from this area is expected to break well beyond a million barrels per day.

In spite of this fact, the single biggest story for the next decade won't be from ramping up production. Instead, it'll come from the companies transporting that oil out of state.

We know North Dakota reached its pipeline capacity over two years ago. In order to get barrels to market, producers have increasingly relied on costlier modes of transportation like trucks and rail. And if we're going to get even more specific, the hidden gem in this field is rail: 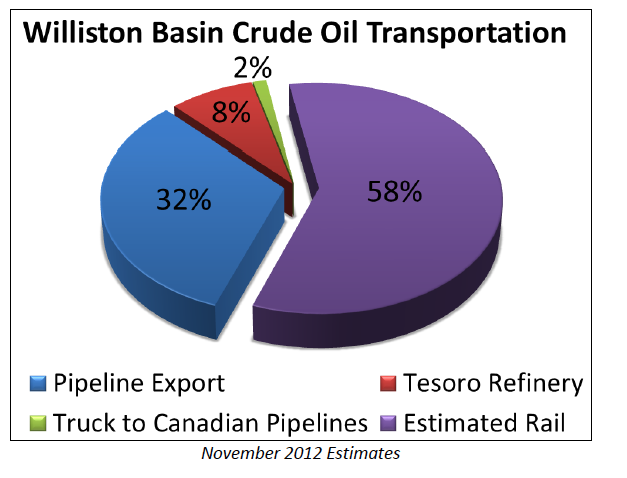 Even with new pipeline projects being announced, it's not enough to keep pace — especially taking into account how over-capacity the state's pipelines are right now.

In this case, we can put our money where our mouth is: Canadian Pacific has grossly outperformed each of the major pipeline stocks with a Bakken presence. 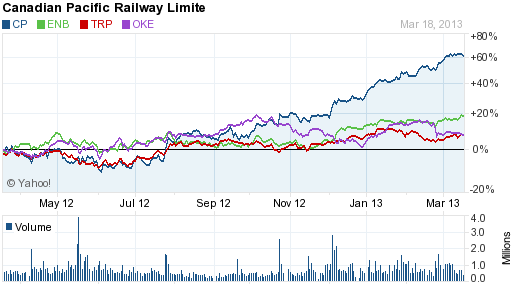 You Have Only Months Left...

We've been dropping hints about the next major event to propel the Bakken story forward for the last year and a half.

I believe this will prove even more important than when North Dakota production tops one million barrels per day by the end of 2016.

This is going to happen by year-end.

You see, this whole event comes down to the USGS. A few years ago, the organization sent geologists back to the Bakken to reassess their reassessment. If you consider their 2008 Bakken survey was paramount in pushing activity in the area, a reassessment should prove even more instrumental.

It's shaping up to be a win-win situation for anybody building pipelines, truck fleets, redirecting their freight service, or holding even so much as an acre in the Bakken.