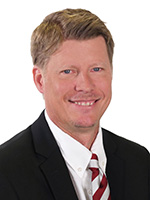 He's known as the original "Bull on America."

For the past 18 years, Brian Hicks has shown investors how to profit from America's new information-based economy.

Specifically, Brian's incredibly bullish on the fact that as we go deeper into an information age, America's future will be driven by innovation itself, rather than by tangible assets.

Thirsty for his next blockbuster, his successful theory for finding tomorrow's winning stocks has landed him frequent appearances on the screens of CNBC, Bloomberg, and Fox News. Along with his television spots, Brian has headlined several investment seminars as well as countless talk radio shows.

A seasoned future trend seeker, Brian holds a Political Science degree from University of Baltimore, as well as graduate-level work in Political Theory and Modern Studies.

In addition to being the managing editor of The Wealth Advisory, Brian writes about high-profit opportunities in the currently tumultuous geopolitical environment.

The Most Misleading Chart of the Year

The B-5 System: How to Buy Biotechs for Pennies Before They Go Public

How I Met an Unvaccinated Couple From New York City

The Greatest Short Squeeze Ever Occurred in 1922

Investing Advice You Can Trust

Miss the Bitcoin Rally? Profit from the Cannabis Bubble

Renewable Energy Could Run the World by 2050

Posted on August 21, 2017
Hydrogen Fuel Cells: The Downfall of Tesla?
Lithium has been the front-runner in the battery technology market for years, but that is all coming to an end. Elon Musk is against them, but Jeff Bezos is investing heavily in them. Hydrogen Fuel Cells will turn the battery market upside down and we've discovered a tiny company that is going to make it happen.