Own Gold for Protection

The world's central banks have been squabbling with each other for nearly two decades now over their fiat currencies — trying to undercut each other with devaluations.

At this point, they've chosen their allies... armed themselves by owning gold... and are now prepared for an all-out world currency war.

The fighting has actually already begun and is rapidly flaring up right as we speak. And even though you might not realize it yet, you're already among the casualties.

But if you haven't heard about these skirmishes or noticed you're a casualty in this war, there's a good reason for that...

The world's central banks maintain the value of their currencies through customer faith. And trying to undercut each other by devaluing their currencies severely damages that faith. So they all have an interest in keeping this currency war under wraps.

If you're confused as to why a central bank would even want to devalue its currency, you're not alone. But it basically works just like this (or so the thinking goes)...

And even though I'm going to use the U.S. Federal Reserve as the example here, every other major central bank around this world now follows this line of thinking.

The Federal Reserve can help increase American exports by devaluing the U.S. dollar against other foreign currencies. This increases the purchasing power of foreign buyers — meaning foreign buyers can buy more exports for less.

However, this also means imports to the U.S. become more expensive because the purchasing power of the dollar is weakened against other foreign currencies — meaning Americans have to spend more for fewer imports.

And it also works the other way around...

The Fed can help lower the cost of imports to America by increasing the value of the dollar, which decreases foreign purchasing power. But that also means exports could decrease.

And it works all well and good with a balance. But when one or more countries find themselves in desperate need of fixing their trade deficit (like today), this tinkering can lead to an all-out currency war.

A currency war works the same as a price war. It's the repeated competitive cutting of prices below competitors. For some industries, like the airline industry, a price war can only drive prices down so far. But in the literal "moneymaking" business, a price war can lead some currencies to oblivion.

And that's exactly where we're headed...

For the past two decades, a global currency war has been brewing.

During the 1997 Asian financial crisis, most countries in the region were critically low on foreign reserves. The IMF stepped in to help. But it forced many countries to accept harsh terms, which forced the sale of assets at discounted prices.

This destroyed confidence in free market thinking among emerging economies. And beginning at right about the turn of the 21st century, Asian central banks began to devalue their currencies to balance their trade deficits. This led to competition among Asian countries. And the fire has simply spread around the globe since then.

Right now, much of the battle is still being waged among Asian countries. Back in 2013, Japan's central bank signaled its intention to significantly devalue the yen through an open-ended bond-buying program. This has ultimately led to Japan most recently announcing a $274 billion stimulus package.

In response, China has continued to devalue the yuan, despite repeatedly denying that the country is competitively devaluing for growth. Following the G20 conference on Sunday, President Obama stood with the PBOC, saying:

The United States and China jointly reaffirm their G20 exchange rate commitments, including that they will refrain from competitive devaluations and not target exchange rates for competitive purposes.

In other words: "There's no currency war going on here."

According to economist Richard Cooper, significant currency devaluation is simply one of the traumatic policies governments can adopt. He argues it will almost always result in outrage and loss of confidence among citizens, as devaluation generally lowers standard of living. And we already see all this growing today.

As I've mentioned in previous Energy and Capital articles, confidence in the Federal Reserve has been slipping since the turn of the century. Not coincidentally, this confidence withdraw coincides with the time Asian central banks began to competitively devalue their currencies to balance their trade deficits. And where can it lead...

As I already mentioned, a price war can only drive prices down so far for some products. But the value currencies, which are only backed by the faith in their central banks and associated governments, can go to zero. They have in the past. And they will again in the future. I am expecting to see the collapse of at least one world currency (most likely a minor currency) within the next 12 months. From there, I'm afraid to speculate.

Right now, the world is in the throes of World Currency War III. And unless you don't use any fiat currency, there's no way you won't be (or aren't already) among the casualties.

In other words, it's a huge shit sandwich and we're all gonna have to take a bite. 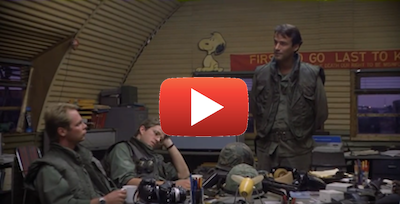 The good news is that bite won't have to taste as bad. By diversifying into gold, you eliminate some of the damage the central banks will incur on each other's currencies.

The U.S. Federal Reserve seems now almost forced to compete. I think it'll do everything it can in the near term to curb growth in the dollar. In other words, it's working for gold investors right now.

Add this to other coming crossroads, such as the U.S. national debt crossing $20 trillion, and gold is a screaming buy.

I expect prices to easily reach $1,400 within a matter of weeks. Buy gold today.