Will Trump Fast Track the Hyperloop?

How the Hyperloop Could Cement a Positive Legacy for Trump

I’m not exactly sure how Donald Trump’s infrastructure plan will go down.

To be honest, I still don’t even know exactly what it is. I suspect we’ll find out soon enough.

Whatever the plan is, however, I do hope it’s one that embraces technological innovation over knuckle-dragging complacency.

In other words, we need to do much more than repair bridges and roads.

If the United States has any intention of being relevant in the 21st century, it must shed the stench of mediocrity when it comes to infrastructure. Sure, roads and bridges are necessary. But so are next-generation power supplies and transportation systems.

The days of coal are coming to an end – at least in terms of electricity generation. Nuclear is a non-starter due to continued NIMBY issues, and now, the bankruptcy of the only company that had any real skin in the nuclear game – Westinghouse.

In a modern world, where modern infrastructure will be paramount to a strong economy and national security, things like wind, solar, large-scale storage and distributed energy systems are incredibly important. These things offer long-term cost advantages and opportunities to combat climate change without burdening taxpayers.

New transportation systems are a must, too.

The passenger rail system in this country, for instance, is so horrible, it rivals only a select few rail systems in third world nations and in former communist countries where some of those trains no longer run, and instead serve as “homes” for the homeless.

I’ve been on trains all over the world, and when you take a ride on Japan’s Shinkansen or Germany’s ICE, you realize just how pathetically embarrassing the rail system is in this country. But we can change this.

One way to do that is by introducing and facilitating a next-level high-speed rail system that’ll be the envy of the world.

A train system, that’s not really a train at all.

I’m talking about the hyperloop – a real next-generation high-speed transportation system that could give us the kind of competitive advantage that we really no longer have. At least in terms of transportation and infrastructure.

Now if you’re unfamiliar with the Hyperloop, this is a mode of transportation that pushes pods through reduced-pressure tubes at an average speed of 650 mph. The idea was created by Tesla CEO Elon Musk in 2012, and today, there are a number of companies actively looking to perfect and build Hyperloop systems for both passenger and freight travel. 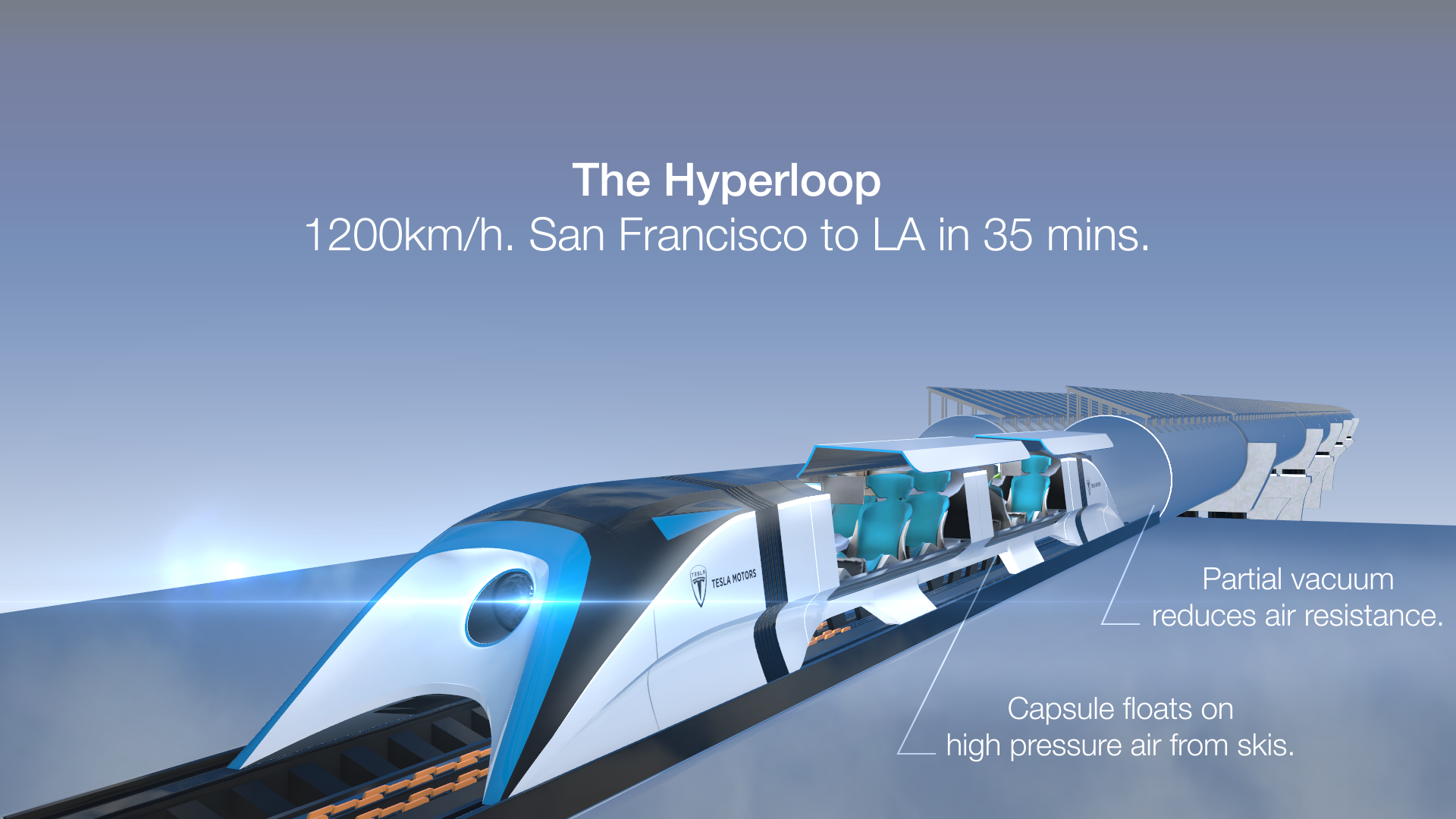 Now while there’s a lot of enthusiasm about the Hyperloop, there are also a few obstacles. One of which is bureaucracy.

As reported in Verge, the Hyperloop is being built from scratch without any of the right-of-way allowances, land acquisitions, or regulatory approvals that other modes of transportation, like the railway, currently enjoy.

Dean Wise from BNSF Railway commented on this issue, saying …

It is very difficult to build anything new in the US of scale, particularly when you go into port areas where there is many competing interests. And as someone who’s primarily privately funded, we have a billion dollars of hot money in our hand, ready to build some facilities on the West Coast. And we saw the five-year delays, the eight-year delay, and now nothing happens... When projects don’t get built at all, why should someone engage in that effort?

But here’s the thing …

The Hyperloop could completely change the paradigm of high-speed transportation in the U.S.

In comparison to what Amtrak offers, this thing could be …

1.) Cheaper to build and operate

5.) Free from the bureaucratic buffoonery that’s make Amtrak the disastrous money pit it is.

Of course, the Hyperloop won’t be built overnight, but if Trump takes some initiative on this, his efforts could ultimately be compared to the efforts of Dwight Eisenhower, who made sure the interstate highway system was built.

That would be an amazing legacy for Trump, and an amazing opportunity for him to really make America great again. I hope someone in his inner circle persuades him to fast-track any efforts to make the United States the home of the Hyperloop. I think that’s something most Americans – both republicans and democrats – could get behind.