Why Poland Will Transition From Coal to Solar and Wind 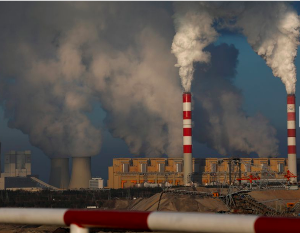 By 2036, the coal resources required to run the coal-fired Belchatow power station in Poland will run dry.

This, by the way, is the largest coal-fired power plant in Europe, which means this is not a trivial issue.

So lawmakers and analysts are now trying to figure out what to do when, in less than 15 years, there will no longer be enough coal to keep the plant operational.

Unsurprisingly, renewable energy may be the solution.

According to a new Bloomberg report, this power plant could actually replace most of its coal-fired generation with renewable energy and batteries, and do so in a manner that would lower overall power system costs in the region where the plant is located while still maintaining energy security.

Here are some highlights from the report:

Transitioning to renewable energy will not only offer environmental benefits but economic and security ones as well.

As an energy investor, this naturally piques my interest, as such a transition could offer an opportunity to make a few bucks from the companies already building and operating renewable energy facilities in Poland.

Here are some renewable energy companies currently operational in Poland:

While the threat of climate change may not be enough to motivate a transition away from fossil fuels and toward cleaner energy, supply constraints are. And that, dear reader, is why the largest coal-fired power plant in Europe will ultimately be replaced by renewable energy and energy storage.

And by ultimately, I mean in less than 15 years.