Why Elon Musk Is Unstoppable

Elon Musk has never made his contempt for the SEC a secret...

And being the richest man on the planet certainly allows him to do so without much fear of retribution.

To say such a privilege exists is not an attack on the billionaire, though. It’s merely an observation of truth.

Make no mistake: If you ran afoul of the SEC, you would not be tweeting taunts at this very powerful federal agency. You’d be a fool if you did.

But no matter how you slice it, there’s a lot of bad blood between Musk and the SEC.

Mr. Musk hates the SEC, and that is his constitutional right. He does not have to like the SEC. But his tactic of thwarting them, attacking them and so forth, is just plain stupid. It doesn't get anyone anywhere. It's childish, it's immature, and it's narcissistic. I believe he is his own worst enemy. He is obviously a man of great imagination. He has great ideas and concepts. But he needs to stop acting like a child and start acting like an adult. That is the mistake he continues to make.

While I agree that Musk can be a bit of an instigator in his tweets and public comments sometimes, I do wonder if it matters.

If we were to assume that other, more “compliant” business leaders are the “adults in the room,” then maybe Musk’s rebellious attitude is something we should embrace, not criticize.

Think about these adults Musk is supposed to “act like”...

Twitter is one of the most popular social media platforms in the world, boasting more than 200 million active daily users. Yet the “adults” running the show have only been able to report positive net income in two of the 16 years the platform has been in existence.

Those are the adults Musk is supposed to emulate?

Perhaps the management and board at Twitter haven’t stirred up any controversy with the SEC, but they've also been a massive failure for investors. And to add insult to injury, Twitter’s board still earns a collective $3 million. For what? Watching the company lose money nearly every year?

It's worth noting that Musk recently said if he acquires Twitter, he will not pay those board members.

That doesn’t sound childish to me at all. It sounds like common sense.

Let’s also consider the adults at NASA, who, after the U.S. space shuttle program ended, had to pay Russia $80 million to purchase seats on a Russian spacecraft to get astronauts to the International Space Station.

But then SpaceX — an advanced aerospace manufacturer Elon Musk founded — showed up and allowed NASA to use Musk's reusable rockets with entire flights as cheap as $62 million.

Because of those massive savings and the ability to end reliance on Russian rockets, SpaceX now handles about 60% of all NASA launches, and that has led to SpaceX landing $3.5 billion worth of contracts with NASA.

That’s billion with a B.

How many other so-called adults have been able to create companies that build reusable rockets, end U.S. reliance on Russian rockets, earn $3.5 billion in contracts from NASA, and boast a valuation of $100 billion?

I’ll tell you how many…

And it doesn’t stop there either.

Let’s consider the billion-dollar legacy automakers who for decades made dozens of excuses as to why they couldn’t build a highway-capable, technologically advanced electric car.

We heard how the technology wasn’t “ready for prime time.”

We heard how people didn’t want them.

It was all bullshit, and Elon Musk proved it with Tesla (NASDAQ: TSLA)...

So much so that today, every major automaker on the planet now has an electric vehicle on the road or in production. Moreover, most of the legacy carmakers have committed to transitioning away from internal combustion vehicles to electric cars.

Honda has pledged to go 100% net-zero (meaning it will only manufacture electric and hydrogen fuel cell cars) by 2040.

BMW has indicated that approximately half of its global sales will be electric by 2030.

Mercedes-Benz has set a goal of going fully electric by 2030.

Volkswagen has indicated that electric vehicles will comprise 70% of its sales in Europe by 2030, and in the U.S. and China, the brand is expected to be more than 50% electric by 2030.

Volvo has committed to making only electric cars by 2030.

The following countries have committed to ensure all sales of new cars and vans are zero-emission by 2040:

Make no mistake: Elon Musk is responsible for this. Because without him, not a single legacy carmaker would’ve taken the initiative to go electric, and committing to such targets would not have been possible.

So sure, he may ruffle some feathers with his tweets and comments.

And sure, he may not come off as the stuffed-shirt CEO we’ve all come to expect and loathe. But maybe that’s a good thing.

Maybe we need a bit more rebelliousness in the corporate world.

Maybe we need more CEOs and entrepreneurs to stand up to the status quo and be loud and infuriating. Truth is, that seems to be the only thing that can motivate many of these laggard industries to embrace progress instead of falling victim to it.

Quite frankly, I’m pretty much on board with anything Elon Musk wants to do.

Not only has he made the world a better place with his various companies but he’s also made investors a lot of money.

You needn’t look any further than Tesla’s share price for proof of that. 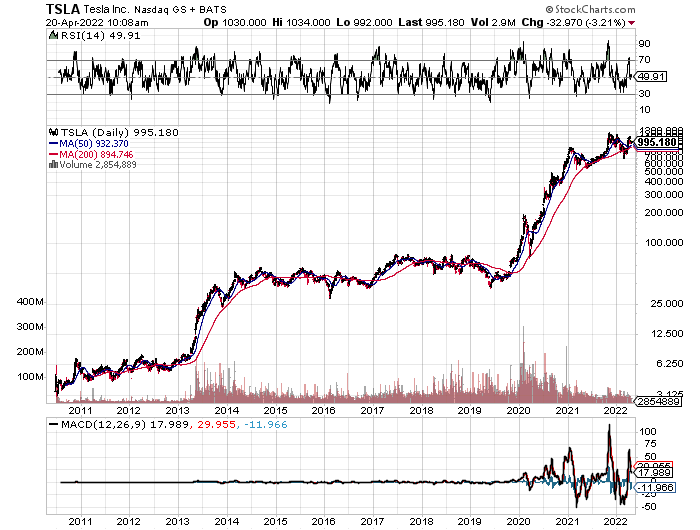 Many investors who got in early on Tesla became literal millionaires.

And this is why I continue to recommend investing in anything Musk invests in too...

It’s probably one of the most exciting things Musk has ever invested in, which is why I put together this short investor note about it detailing how you can start earning double-digit gains every single month, starting today.