Who Gets What in the Next Government Bailout

However, the payments phased out for individuals with adjusted gross incomes of more than $75,000, and those making more than $99,000 would not qualify at all.

The government gave $300 billion in one-time cash payments to individual Americans, $260 billion in increased unemployment benefits, $669 billion to the Paycheck Protection Program (PPP) for small businesses, $500 billion in aid for large corporations, and $339.8 billion to state and local governments.

This was the largest bailout in history and represented 10% of GDP.  It should be noted that federal tax revenue before COVID-19 was expected to be $3.8 trillion in 2021. Estimates are that the government will spend an additional $966 billion more than what it takes in that year.

Of course, it is an election year, so the politicians want to buy even more voters. There is a second stimulus bill being fought over as I write this.

The Republicans have put out a $1 trillion aid package, while the Democrats want $3 trillion.

Trump has said that both parties want to do a second round of the $1,200 and stated that the amount could be higher.

Speaker Nancy Pelosi put out a memo stating, "We are engaged in a debate not just about dollars and cents. It is about values and common sense,” and demands Republicans to "return to the negotiating table immediately."

CNET looked at both bills and reported the possibilities.

You Can Make Your Own Money

The last time these checks went out, the stock market saw its biggest monthly return in decades. 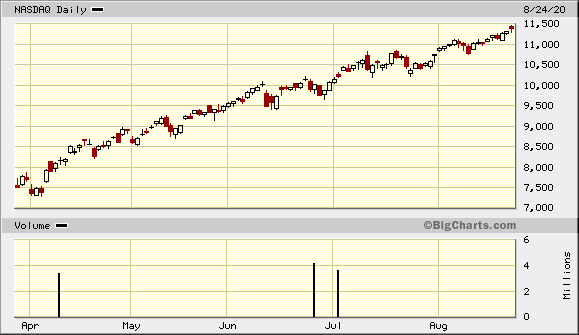 Which stocks will get the next trillion dollars in free government cash? We think we know. Click here now before it is too late.