What We Really Learned from Saudi Arabia

We’ve heard it all by now.

The drones, the bombs, and the 5.7 million barrels per day of Saudi production that was lost.

Both of my colleagues hit the nail on the head earlier this week when they covered the soaring oil prices and the drone technology behind the attacks.

When I’m asked today how such a tragedy for the Saudi oil industry could happen, my reply is simple: From land, of course.

Senior Iraqi intelligence officers have reported that the Iranian drones were launched from Hashd al-Shaabi bases in Iraq: 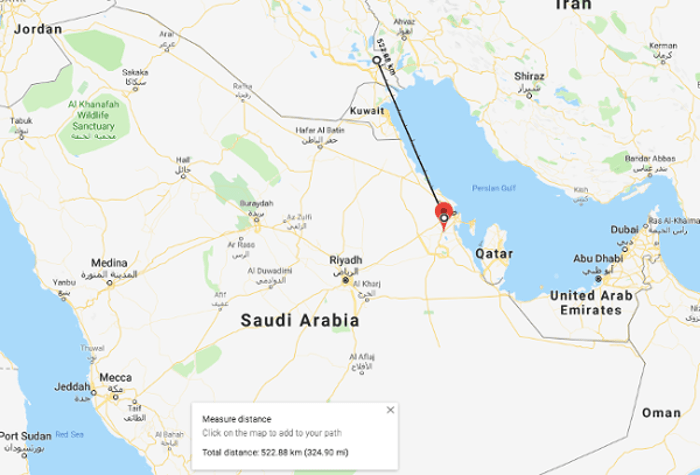 No oil tankers were torpedoed. Not a single sailor was taken hostage. These drones most likely flew in via Kuwaiti airspace and conducted their devastating attack on two Saudi Aramco facilities.

However, these attacks taught even the most bearish oil traders something very important...

Perhaps oil markets are much less stable than anyone thinks.

It’s also the most profitable lesson you can learn today.

It didn’t take long for the bulls to relinquish the driver’s seat.

Along with it came a fresh round of predictions that oil was going to top $100 per barrel. Some analysts looked at their tea leaves and went even higher.

But if you’re not first, you’re last, and this one was better left for the day traders.

By Tuesday afternoon, UWT had given up most of its gains.

So why did oil falter when every pundit on the news was telling us oil would continue surging higher?

Well, it turns out the Saudis have gotten pretty good at this oil production thing since the Dammam #7 well was first tapped back in 1938.

It only took a few days to restore output at the Abqaiq plant to 2 million barrels per day, and the Saudi Kingdom announced that full production capacity wouldn’t be reached for another six weeks or so.

That news shed more than 6% off oil prices yesterday.

So much for triple-digit oil prices, huh?

We have to wonder, if a historic attack on Saudi oil facilities like this isn’t enough for Iran (allegedly, but not) to push oil prices higher, what would it take at this point?

Yet there’s one dirty little secret that we learned from this mess...

A week ago, we took a look into the biggest weakness in the U.S. energy sector: infrastructure.

Close your eyes for a minute and think of where we’d be right now if we hadn’t developed our tight oil plays.

For a little perspective, the EIA reported that tight oil production from just four regions accounted for 8 million barrels of U.S. oil output in September.

Without it, we would have been in a far, FAR worse position after this drone attack on Saudi Aramco’s facilities.

Just think, in a short matter of time, the Permian Basin will be producing more oil than the entire country was in 2008.

These Texas companies have a huge advantage over countries like Russia, Iran, and Venezuela: They don’t need high oil prices to be profitable.

Thing is, the U.S. can offer the world something even more valuable.

More and more U.S. crude will flow into the global market over the next few years as we ramp up our export capacity.

The sky is the limit.

In fact, I’ll show you one place those drillers will find enough oil to satisfy that export demand.

Right now, it’s the best-kept secret in Texas… but not for long.

Check it out for yourself.