What’s the Scary Thing That Elon Musk, China, and the Taliban All Have in Common?

Tell me, what do Elon Musk, China, and the Taliban all have in common?

So far, almost every person I've asked has gotten this question wrong. Perhaps the most surprising part is that everyone I asked was supremely confident they had the right answer.

In all fairness, digging into any larger-than-life character like Musk will always bring in a few different conclusions. His entire brand is built on unpredictability and what seems to be a cartoonish depiction of the “cool” billionaire.

Musk is the closest thing we have today to a Tony Stark, and it's still unclear to me whether Musk’s antics are an elaborate marketing scheme or just his own eccentricity shining through.

In any case, the trillions of dollars collectively earned by his various companies over the last decade forces me to believe that there is a method to his madness. 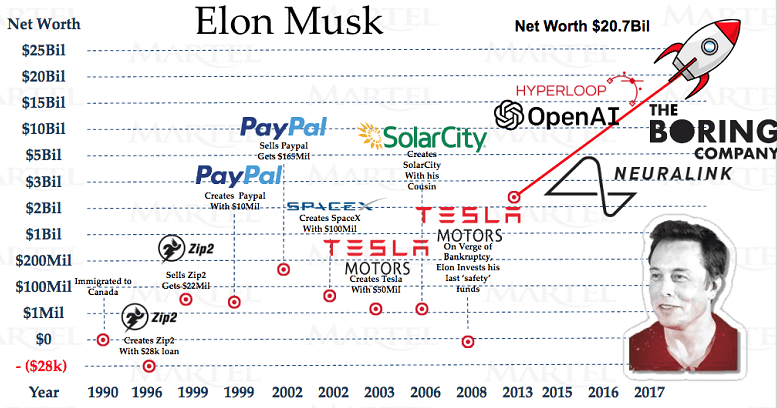 Well, at least sometimes there is.

I usually have to brace myself before reading his two cents on politics or current events. Every Elon Musk tweet instantly becomes a news story, every public statement a headline... so it shouldn’t surprise you to see two recent stories that have started trending recently.

The uproar started about a month ago, just in time for the 100th anniversary of the Chinese Communist Party (CCP).

In a few interviews and online comments, Musk fawned over Chinese infrastructure with praise that sounded like it came directly from a CCP speechwriter.

And if you’ve been keeping an eye on the news, you'll know exactly why.

China and Elon Musk both share a common goal right now. Their futures depend heavily on securing supply for their massive manufacturing empires. 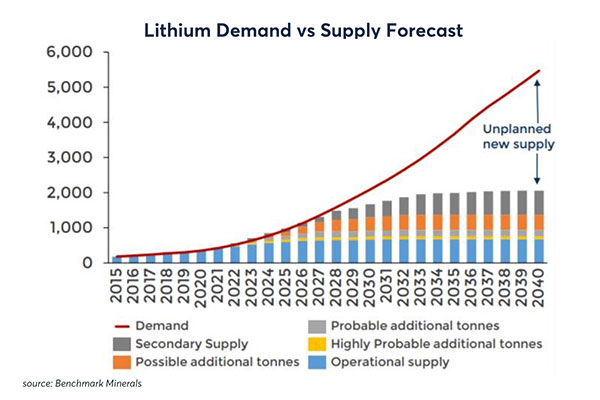 Now that renewable energy is knocking at the door, both China and Musk desperately need a material they can't make themselves. Lithium, the precious element that fuels the electric vehicle market, only exists in a few select locations around the world.

And right here is where the Taliban enters our story. As the newly crowned ruler of Afghanistan, the fundamentalist group is now suddenly responsible for a 250,000-square-mile country with a $22 billion economy.

And from what we’ve gathered, the folks in charge have absolutely no idea what they're doing.

So like a predator stalking a wounded animal, China is drooling at the opportunity to take advantage of Afghanistan’s predicament. According to a U.S. geological survey, the country could be home to $1 trillion worth of precious metals like lithium, copper, and uranium. 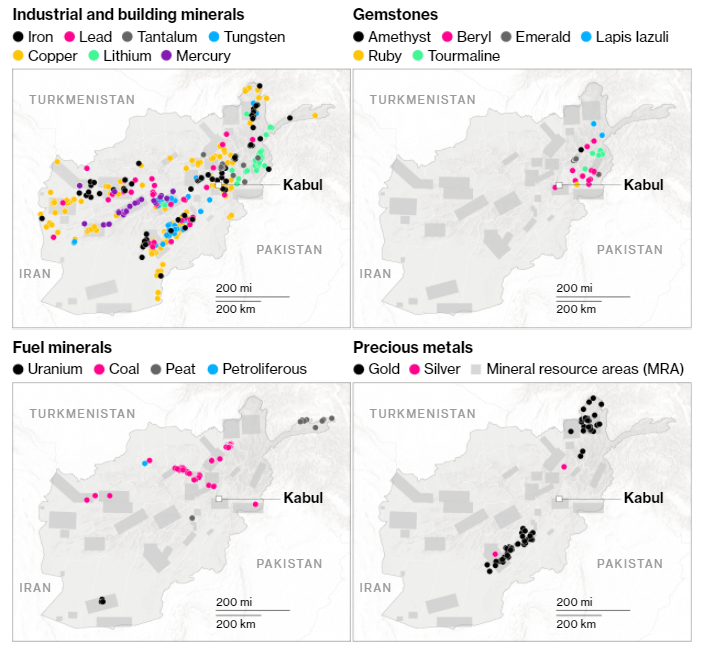 The promise of investment and support from the Chinese government could be attractive enough to convince Taliban leaders to take the bait.

That's exactly what happened to the governments in countries like Zambia, Angola, the Democratic Republic of the Congo (DRC), Mozambique, Ethiopia, Sudan, Kenya, and many more.

China swooped in with tempting offers for long-term investment that seemed too good to be true. Since many of these countries lacked the credit for big loans, China allowed them to stake natural resources or even major infrastructure.

Zambia is reportedly using both its national broadcasting company and its entire electrical grid as collateral against a Chinese loan.

I'm sure you can already see where this is going.

In many ways, countries that are bound to agreements like this resemble modern-day colonies. China's plan is to effectively install itself as a de facto board member, giving it more than enough power to meddle in its host country’s affairs.

Now, don't get me wrong — I’m certainly not out here advocating for the Taliban. But the thought of China using a humanitarian crisis to steal natural resources from under the feet of the Afghan people is just depressing.

Afghanistan itself has been embroiled in war for more than 40 years now. The economic, political, and psychological toll it has taken on the Afghan people is incalculable. Regardless of who ends up in power, moving toward economic stability is going to be a long road.

Leaning on China to help rebuild is the easy option. It puts a Band-Aid on the short-term problem but steals generations' worth of wealth from the future citizens of Afghanistan. The only real, battle-tested way to guard from outside influence and secure a country’s future is to create a strong, self-sufficient economy.

But it might not be nearly as difficult as you think.

Sure, 20 years ago, the thought of fixing a war-torn economy without any outside investment would be laughed at.

But thanks to modern science, the most promising solution to Afghanistan’s economic crisis is online and ready to go right now.

It's not an overnight fix... I'll be the first to admit that. Sometimes the quick and easy solutions amount to little more than kicking the can down the road for the next generation to deal with.

I guarantee you've already heard of this cutting-edge technology but never once thought it could be used in a situation like this. It can be added into almost any industry, saving billions in expenses and opening doors for a completely new economy.

The full presentation here contains all the painstaking research that Technology and Opportunity editor Keith Kohl has compiled after months of digging.

Inside, you’ll see exactly why big names like Jeff Bezos, Bill Gates, and Elon Musk are all scrambling to lock down their investments.