Boom to Bust to Boom Again

Rumbling down I-20 in a pickup truck yesterday morning felt more like a cliché than anything else...

We were nearing this clunker's top speed, a heart-racing 58 mph, with the windows down. And despite the fact that the sun was beating down through the windshield, it was still a chilly 41 degrees outside.

The temperature inside, however, heated up the moment I brought up the oil boom taking place in the area...

My guide to the West Texas oil patch was reluctant to even say the words "oil boom," much less discuss it at length.

And I can hardly blame him, considering how superstitious the Midland area is when it comes to the county's oil industry. You might be, too, if you lived in the region when the last great oil bust occurred in the mid-1980s.

As far as busts go, that one was particularly brutal for West Texas. Crude prices in 1983 dropped to a low of $26 per barrel (prices fell even further in later years, to less than $10 a barrel by 1987). Midland newspapers at the time went so far as to write the county oil industry's obituary.

But times weren't always so tough for the Permian Basin...

Earlier this year, I introduced you to the wildcatter class of 1921.

These guys were the ones betting big on striking oil in West Texas — and they got their wish after discovering the Westbrook Field in Mitchell County more than 90 years ago.

The boom that followed this discovery was legendary, and more than 30 billion barrels have been pumped from Permian Basin wells since.

Welcome to the New Tent City

The oil industry in Midland wasn't kick-started for another two decades, when the county's first well was spudded in 1944.

But Midland's oil industry more than made up for the late start with sheer size...

Remember that even after 90 years of oil production, roughly five out of every 10 barrels of the Lone Star State's output is pumped from the Permian Basin.

Midland plays no small part in this accomplishment. Nearly 300 companies are operating in the area, and their names read as a who's who in North American oil production. Last year, the county accounted for almost 10% of all drilling permits issued in the Permian Basin, with more than 15 million barrels of oil flowing from Midland wells.

When it comes to oil booms, nothing is more recognizable — especially in West Texas — than a "tent city." In the golden age of the U.S. oil industry, a tent city phenomenon appeared whenever a sizable field was discovered. 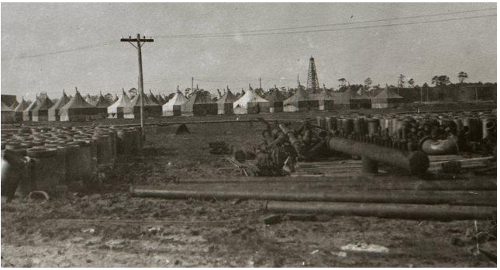 Although there aren't many people today who remember Midland's first oil rush, there are plenty around that felt the brunt of the 1980s bust.

And they're not likely to forget it.

And so, with this memory still fresh in their minds, residents aren't quick to celebrate another boom.

Fortunately for them, the situation is much different than it was three decades ago...

Today's "tents" are a bit easier on the eyes for Midland County folks. 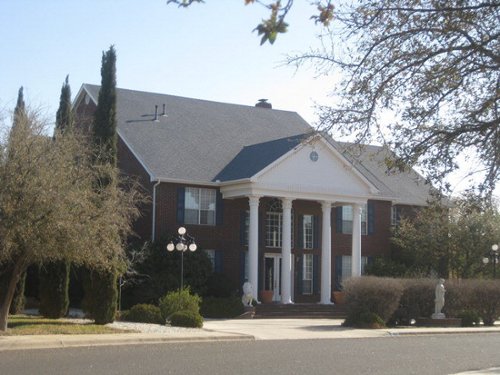 We've grown accustomed to these success stories by now, haven't we?

This is what we have affectionately labeled "the Bakken effect" — with the only difference being longitude and latitude. Well, that and about 40 billion barrels of oil.

Over the last decade, I've had the pleasure of meeting truck drivers in northern Alberta making upwards of $150,000 a year, and bartenders on the border of North Dakota that I would swear know more about drilling a horizontal well than any member of OPEC...

Earlier this week, I met a kid fresh out of high school. He graduated less than five months ago, and he's already earning more than most engineers I know. (Then again, he's not entering the workforce with six figures in student debt weighing him down.)

Needless to say, I was floored by the vast opportunities in Midland. When I asked my young friend how these companies were able to afford to pay so much, I thought he'd give me a simple, expected answer like, "high oil prices."

“They're the three sweetest words you'll ever hear...” he started.

Then he leaned a little closer and whispered, “Stacked pay zones.”

A stacked pay zone is a term used to describe when several productive formations are stacked on top of one another at different depths.

Believe it or not, you've seen this kind of play before. One happens to be the reason North Dakota is currently the darling of the U.S. oil industry.

It's only a matter of time before drillers tap into every last pay zone in Texas, with Midland County harboring one that tops all others in the United States.

It's the reason I endured a week's worth of cold mornings deep in the heart of Texas.

Trust me; this will be a boom you can't afford to miss...