We Are Running Out of These Essential Metals

Lithium and cobalt supplies are facing a massive shortage...

Adults are forever encouraging kids to do “better.”

A lot of this comes down to a simple concept: preparing for the future.

It’s something shockingly few people know how to do, and those who do know rarely act on that knowledge until it’s too late.

My parents have always encouraged me to save, to invest, to make sure I have a safety net for the future when things aren’t going so well, so that I can help myself.

Prepare for the Worst

As part of the generation credited with killing the housing market, the diamond market, and the napkin market, I get the feeling millennials are not the most popular bunch in the investment world.

The biggest accusation millennials face is that they simply aren’t prepared for “real life.”

Which is, in reality, untrue.

What’s changing isn’t the players in the markets. It’s the markets themselves.

The industries we have today are vastly different from the ones we had just one hundred years ago, and by the time I’m standing on my porch shaking a cane at the kids on my lawn, they will have changed yet again!

Do you know what this ongoing cycle of blame indicates to me?

That the people throwing around the accusations were among those not prepared for the future.

Many simply didn’t act on the knowledge they had, didn’t see the writing on the wall, and are paying for it dearly.

Nobody likes change, especially when things are going really well.

It’s so common, in fact, that it’s not just media sources on Twitter that are missing the point entirely.

Companies are finding it easier and easier to fall behind as they lag in adapting to the new market environments.

But what happens when what you’re lacking isn’t a new mindset, but a new product to use it on?

We Are Running Out of Lithium

Lithium miners have been doing the same thing for decades, and it still works today.

The biggest operational change the industry has faced is the switch from hard-rock mining to brine production. Today, around 70% of the world’s lithium is produced out of salt flats in Argentina, Bolivia, and Chile — these three make up the world’s “lithium triangle.” 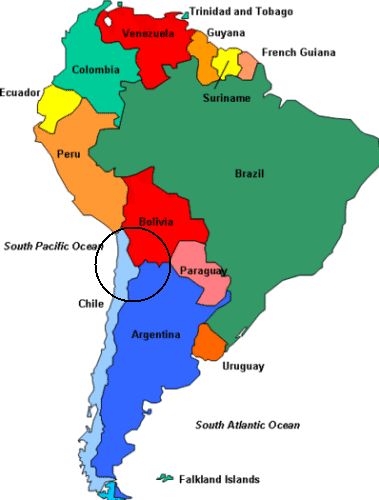 No one blames millennials for killing this industry off... because it’s booming like nothing else!

Lithium prices have more than doubled in the last five years and are expected to keep right on climbing for the foreseeable future.

But here’s the kicker…

The lithium industry at large wasn’t prepared for the sudden influx of demand brought on by EVs.

Producers in recent decades have continued exploration and development just to maintain supply... not cover exponential growth in consumption.

As such, we’re looking at a shortage in the next few years as demand outstrips current supply and as new projects, which can take years to become commercially viable, ramp up.

Tesla, which started these lithium shenanigans in the first place, is already struggling to find enough supply.

It promised to source its materials from North American producers first and foremost.

But thus far, projects close to home have been slow to get underway.

This pending shortage of what could be the single most important metal to Tesla’s success would be the biggest challenge the company has faced yet...

That is, if Elon Musk weren’t already losing sleep over yet another vital metal.

We Are Also Running Out of Cobalt

If lithium is on thin ice, cobalt is already up to its neck in freezing water.

Like lithium, demand for this metal has skyrocketed. Five years ago, we were stuck in what many thought would be a perpetual surplus.

Now, with demand rising in the rechargeable battery industry, we could be looking instead at a massive shortage.

But unlike lithium, bringing in additional supply isn’t as easy as tapping into a new salt flat...

First and foremost because cobalt isn’t mined by itself; instead, the majority of it is produced as a by-product of nickel production.

The U.S. Geological Survey noted in its latest cobalt report that production of the metal had slipped and that the build-up of supply from here on out would be slower than growth in demand.

Which means companies like Tesla are in quite a pickle.

Competition for cobalt supplies is only going to get fiercer.

And investors — yes, even the industry-killing millennials — are looking at a golden opportunity.

Cobalt is indeed the “blue gold” of the energy industry, and if you missed the boat on the lithium boom, this is your chance to make amends.

Earlier this week, Keith Kohl released his latest report on the subject. It’s probably the most exciting news I’ve read since my first Tesla story.

It details the state of the cobalt market with every bit of information you need to understand the gravity of the situation we’re facing. And, best of all, it gives readers a glance into the single company with an advantage no other cobalt miner has managed to snag yet.

Don’t wait on this. Check out the report right here, or listen to the presentation here.